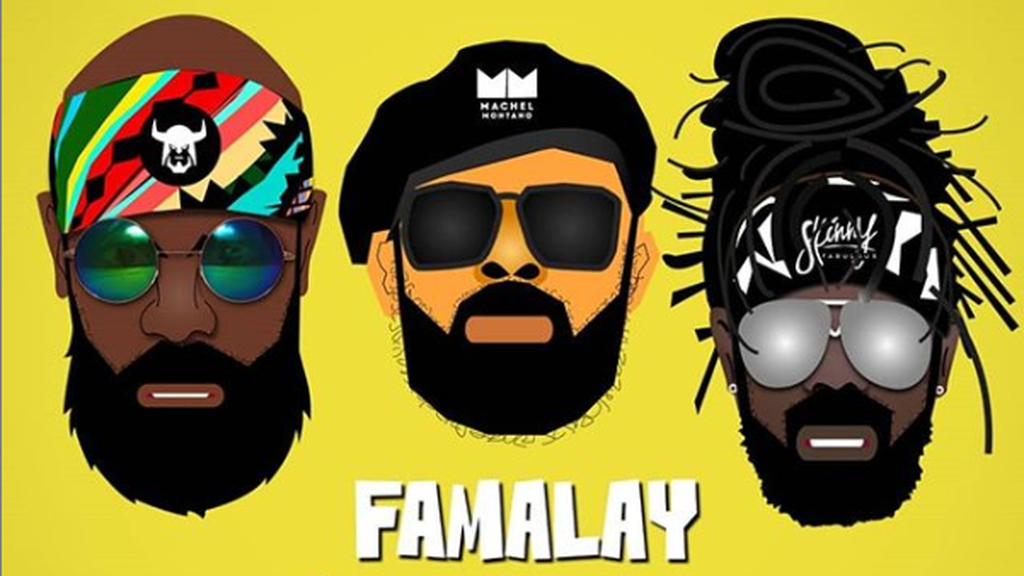 Famalay could become the Road March song of the Caribbean.

At an Artist Talk on Wednesday afternoon, songwriter Skinny Fabulous and Dada Lawrence, the producer of the song, revealed that the song is very popular in their respective islands of St Vincent and Dominica.

Dada told Loop that while the song is not officially in the Road March race there because he didn’t register it for the Calypso competition for it to be eligible, it is huge.

“Had I known it would have been so popular I would have registered it for myself. That is the only hindrance. But as far as being the most popular song on the island it is by far second to none,” he said.

Dominica celebrates its Carnival at the same time as Trinidad and Tobago.

“The song was the most heavily rotated song in Dominica, up to now,” he said, stating that the song might be the first Caribbean Road March.

The video for Famalay, which dropped on Wednesday, was shot in T&T, Dominica and St Vincent and directed by Cowin ‘Dory’ Thorpe.

Skinny Fabulous, real name Ghamal Doyle, said they chose to go to those islands to pay respect to the creators and producers of the song.

“Me being from St Vincent, it was very fitting for us to go there and represent the energy of St Vincent,” he said, noting that they party in a very aggressive way.

Discussing the deeper meaning of the song, Machel Montano said the song is encouraging us to see ourselves in others.

“Famalay means to me how far you are willing to accept somebody else as your own as someone else,” he said.

Skinny said while the word is a unique way we as Caribbean speak, subconsciously when we refer to our bloodline we say family but when we refer to people who we share mutual ambitions with we say Famalay.

Stating that he grew up in a single parent home as an only child, he said his sense of family came through actual friends and people who looked out for him.

Bunji Garlin, who sings on Famalay was absent from the chat due to illness.

Is Famalay eligible for Road March? TUCO releases the rules

Watch: Orange is the New Black cast jump up with their Famalay