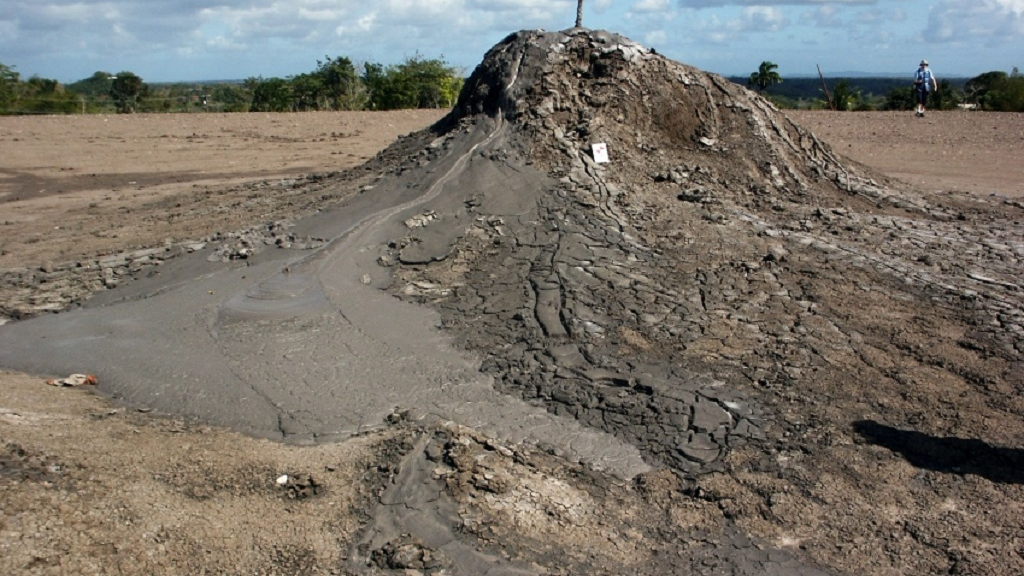 Next week Thursday will be 21 years since the Piparo mud volcano erupted.

It is an even event that remains etched in the minds of villagers.

Mud was spewed some 200 feet into the air, scores of people were evacuated and several homes were destroyed.

One resident, Sachin Ramsubhag shared video footage showing the site of the fateful eruption of 1997 and is calling on seismologists to conduct tests at the site.

This call comes after two eruptions at the Devil’s Woodyard in New Grant.

Citizens have been urged to be vigilant and to stay away from the area.

Mere hours after the volcanic activity was reported at the Devil’s Woodyard, Ramsubhag visited the Piparo mud volcano and later posted a video of him at the site on Facebook, appealing for the UWI Seismic Research Centre to visit the site.

“We’re actually at the 21st century of the Piparo mud volcano. Twenty-one years ago at approximately 5:21 am, this very said volcano erupted with enormous and disastrous nature and it really send about 30-35 people in their misery. But unfortunately the seismologists were not able to predict this major eruption. Could they have predicted the one in the Devil’s Woodyard, I’m not in a position to say yes or no,” Ramsubhag said.

Ramsubhag said he was told that five days before the Piparo mud volcano erupted seismologists visited the site and told residents there was nothing to be worried about.

They should come and set up their seismographs,” Ramsubhag added.

However, it said this phenomenon is of professional interest to the Seismic Research Centre.

The UWI Seismic Research Centre added that it has supported the multi-agency investigative team for the event at Devil's Woodyard.