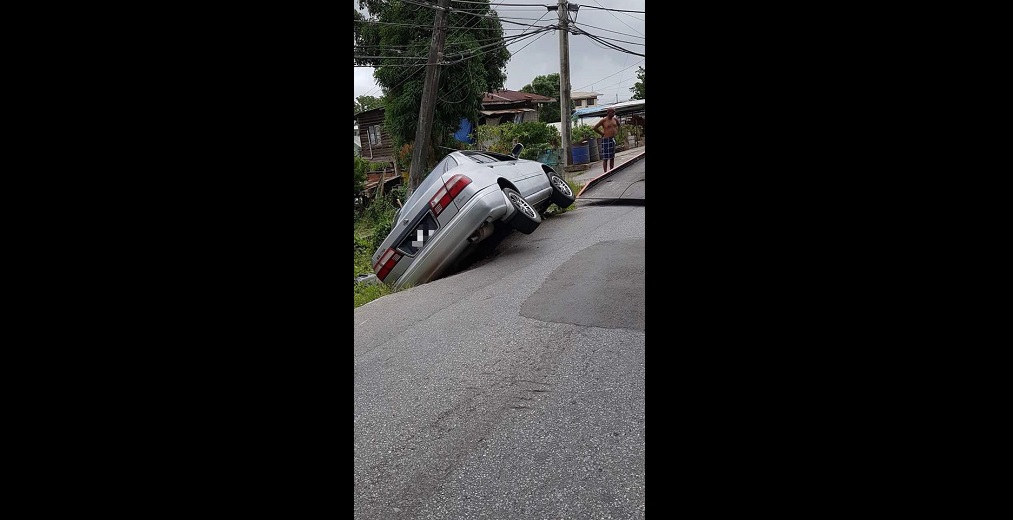 Councillor for Reform/Manahambre Chris Hosein is accusing the Ministry of Works and Transport of abdicating their duties as it relates to the roadway in his electoral district.

No one was severely hurt or injured, however, Hosein said he has previously called on the Ministry to address the situation on several occasions to no avail.

"I have pleaded and continue to plead with the Ministry for assistance in rectifying this issue but to date, my requests seem to have fallen on deaf ears. I am fearful for the lives of my burgesses and the motoring public at large who make use of this major carriageway on a daily basis."

Hosein added that he believes his district has been overlooked by the Government.

"It would appear as though my electoral district of Reform / Manahambre has been woefully neglected by central Government and my burgesses continue to be robbed of basic commodities such as proper roads, which they are entitled to.  This is completely unacceptable and I call on the Minister of Works and Transport to intervene in this matter to prevent a possible fatality in the future."

Over 100 speeding tickets issued in a week; public urged to slow down