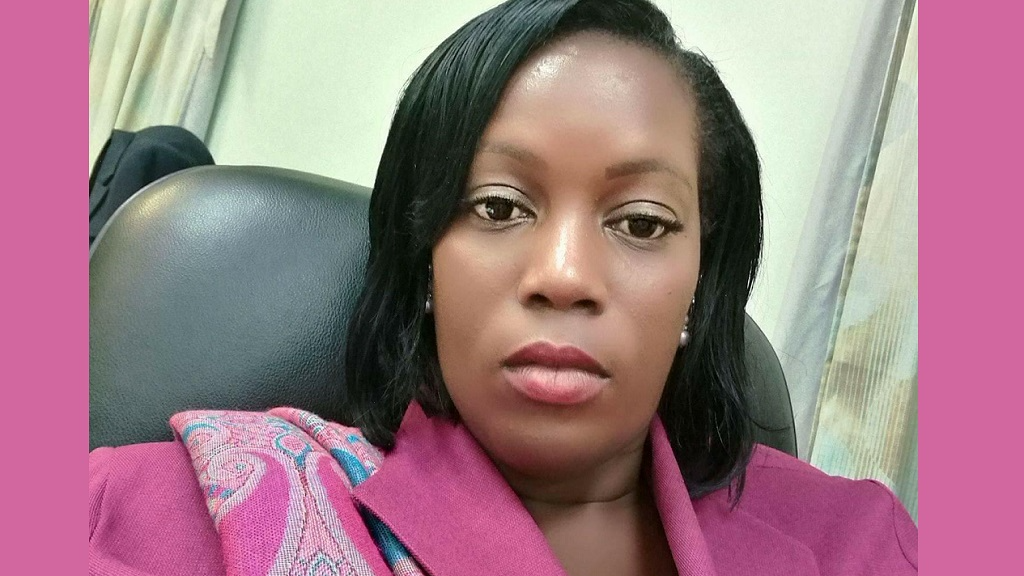 Speaking with LoopTT in commemoration of International Women’s Day, celebrated on Thursday, March 8, 2018, Glasgow said too often people are aware of domestic violence situations but don’t try to help.

This year's theme, 'Press for Progress', looks at increasing gender parity and creating equal opportunities for women in all spheres of life.

“I feel as if just as the saying goes "It takes a village to raise a child", I believe that it also takes a village/community to put a stop to domestic violence against women and children.”

In December 2017, 26-year-old mother Samantha Isaacs was brutally shot to death by the father of her child, Kahriym Garcia, in Carenage and left in the street to die. Later that night, Garcia was found shot to death in an apparent suicide.

Glasgow said that stepping in could mean the difference between life and death.

“Too many times within communities we, live next door to women who are being abused and turn a blind eye.”

“I'm not asking people to intervene and put their safety at risk, during the act of abuse; but there are other options, like calling the police, reaching out to that woman and encouraging her to seek help, and even being that listening ear; sometimes that is all it takes,” she said.

Glasgow has also been a strong advocate for change in her community, even taking a stand against gang violence by painting over a ‘Rasta City’ gang sign and replacing it with a heart.

She also comes from a family of matriarchs, which she says instilled a sense of pride and strength from a young age.

“I grew up in a household with my grandmother and mother who set a foundation that involved giving back even though we had little and helping those who couldn't help themselves.”

“Becoming Councillor was an opportunity to carry on that legacy, but at a greater scale. It's not a job, it’s just what I was born to do,” she said.

She said the largest challenge for women at the moment lies in maintaining a strong support system.

“There are a number of challenges facing women including gender role socialization and lack of women leaders serving as role models,  however in my opinion, the primary challenge for women today is the lack of support from other women.”

“We as women need to empower each other and show togetherness. We, the older generation of women, also need to instil the correct morals and values in the younger females; it may sound cliché, but they are our future,” she said.

Glasgow said being a woman in public office has also been a positive experience and that she has no problems in being heard.

“I actually feel as it is an advantage being a woman in the public service arena as women tend to have more compassion and understanding, especially towards social issues.”

“Also for me, communication is a key element in relating with my residents, stakeholders and colleagues. As for being heard, I consider myself a very vocal person, so I have not experienced any resistance, thus far,” she said.

Glasgow, who is the mother of two girls aged 10 and 14, believes that once women continue to support each other, there will be progress.

“While I will reiterate that women need to show more support to each other, I think that we are well on our way. The evidence to support that is right here, in less than two weeks our country will install its first female President.”

“If that is not a motivation for progress I don't know what is,” she said.

Mayor: Women will continue to serve in 'visible' positions in Borough