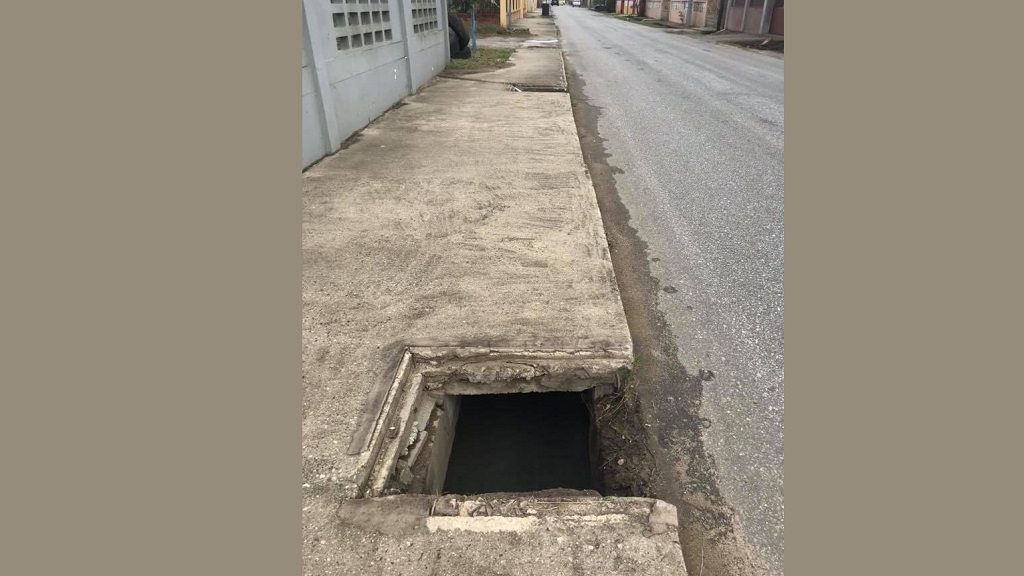 A Central councillor is calling for perpetrators to be caught after 'brazen' thefts of manhole covers were carried out in along Jerningham Junction Road in Charlieville.

"The residents of Jerningham Junction Road, Charlieville are yet again suffering at the hands of its perpetrators from the inconvenience of theft of several manhole covers in the area.

"During the early hours of Monday 25th June 2018, it was noticed that approximately six manhole covers had gone missing from the pavement along the Jerningham Junction Road.  This has certainly not been the first instance of such an incident since earlier in the year is was seen that five were stolen and had to be replaced."

“I’m so disappointed with the perpetrators that they would jeopardise the lives of residents for their own self-needs," said Ali, who expressed frustration and disappointment on the recurrent situation.

Ali said that the covers were probably sold for scrap metal but will cost taxpayers approximately $1,000 per cover to be replaced.

“When these covers are stolen for scrap metal it can cost to the Chaguanas Borough Corporation approximately $1000 per cover to be replaced."

"At a time where the Corporation is experiencing budget constrictions and lack of funding, citizens are adding to the stresses of carrying out jobs and services effectively and efficiently,” he added.

Ali said he is making a plea to perpetrators to be more cognizant of the rippling effects of the theft of these manhole covers and to be more considerate to the needs of the wider community who are affected by these selfish acts.