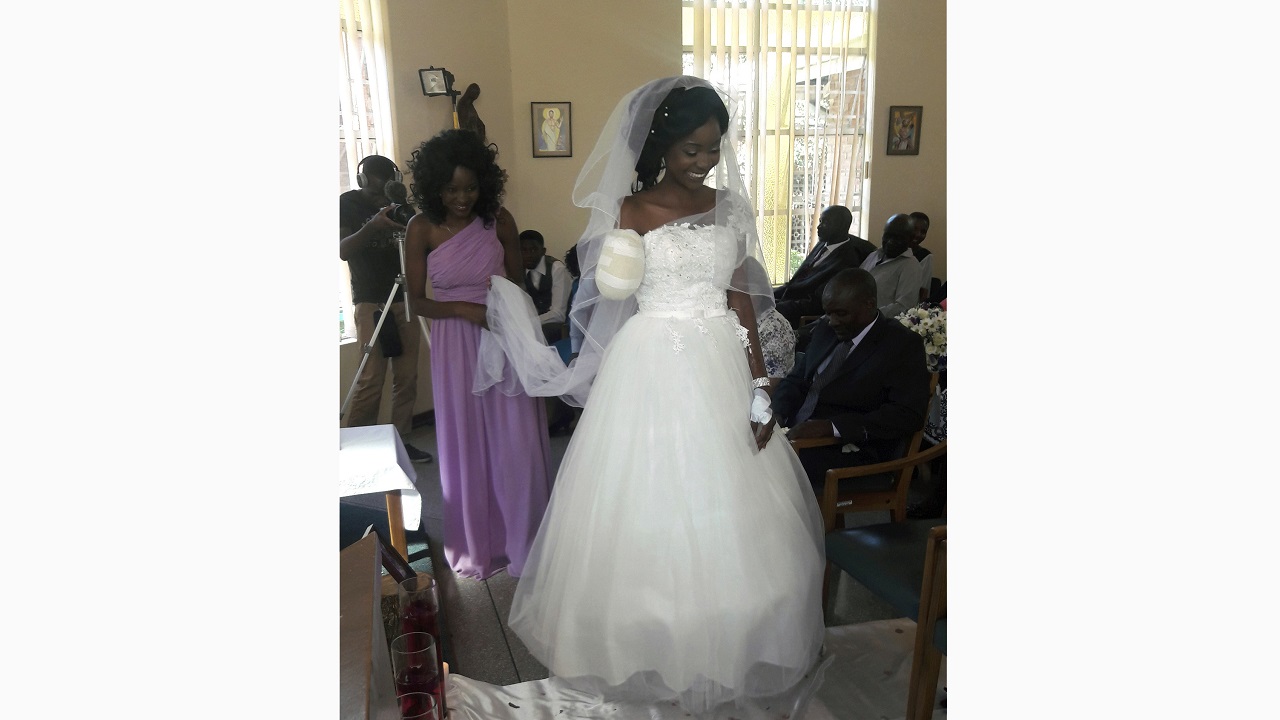 (Image: AP: Zenele Ndlovu walks down the aisle on her wedding day at a hospital Chapel in Bulawayo, Zimbabwe on 5 May 2018)

A couple attacked by a crocodile got married days later in a Zimbabwean hospital, where the bride was recovering after losing an arm.

"In one week we went from shock and agony to a truly amazing experience," 27-year-old Jamie Fox told The Associated Press on Monday.

Fox and his then fiancée, Zenele Ndlovu, were canoeing on the Zambezi, one of Africa's longest rivers, when a crocodile attacked them on 30 April. Zenele lost her right arm and suffered injuries to her left hand. Five days later, they married in a hospital chapel.

"We were glad we still had our lives and managed to keep our wedding date, although we had to do with a much smaller venue. The celebrations went ahead at the original venue but Zenele and I had to remain at the hospital," Fox said. He described the wedding as "incredible". 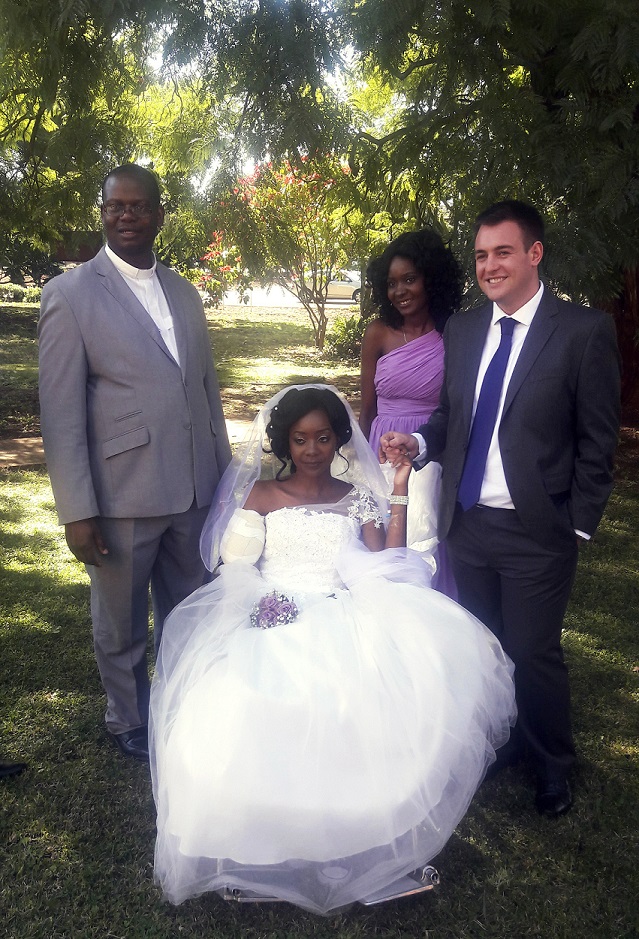 (Image: AP: Zenele Ndlovu and Jamie Fox hold hands on their wedding day on 5 May 2018)

Victoria Falls Guide, a travel website, describes canoeing on the Zambezi above the Victoria Falls as "the perfect activity for those who not only want to see the abundant bird and animal life but also want to experience the peace, tranquility and beauty of the Zambezi River".

For the couple, the experience turned into a terrifying incident.

"I was shouting, trying to save her. She was not complaining of pain when we managed to pull her out of the water, maybe because of the shock. We were hoping the doctors would save her arm but that was not to be," said Fox, adding that the couple had dated for about 18 months.

"I proposed in February. We are hoping to settle in the UK so we are sorting out her visa and then we will think of the honeymoon," he said. Zenele was discharged from the hospital on Monday.