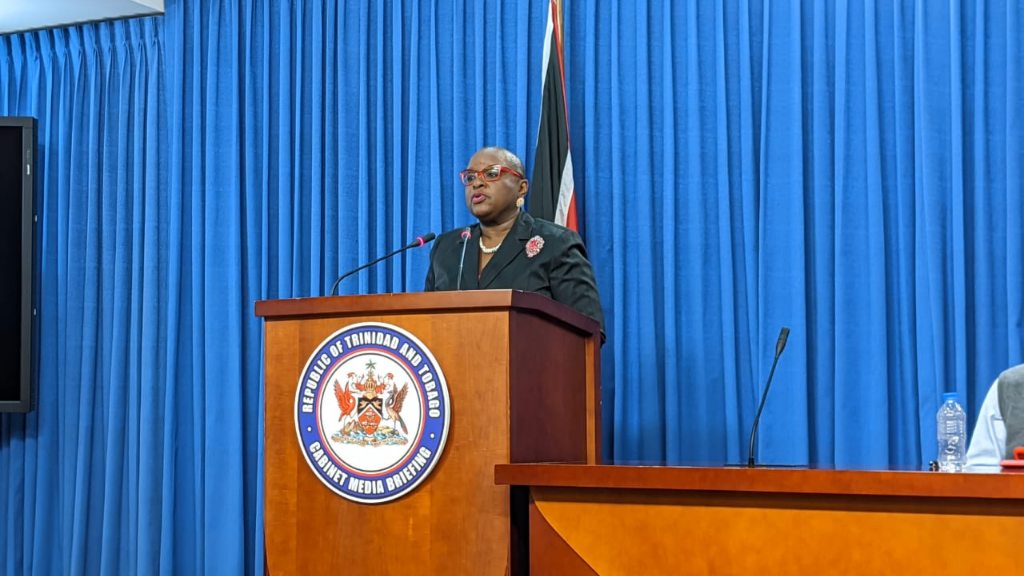 Minister of Social Development and Family Services (MSDFS), Camille Robinson-Regis says her team has been working feverishly to bring forward a slew of new services as the government continues to battle the impending spread of COVID-19.

Robinson-Regis said among other initiatives, the Ministry will be distributing 50 Food Cards to MPs of all 41 constituencies so that they may identify those families who require assistance; particularly those whose children benefitted from the School Feeding Programme. These will be distributed on Monday, but they come with some measure of accountability.

For those already holding Food Cards, a top up that usually covers three months will come in the April cycle, according to the Minister.

Robinson-Regis also announced that the government would be providing financial support to Non-Governmental Organisations who usually provide lunch and dinner to the socially displaced or homeless population.

“We’ll be working with the Ministry of Health and with the various local government bodies to ensure that we institute the move-along system where these persons are going to be asked to find shelter in those areas where shelter is already being provided and as a consequence of the expected increase in numbers, we will be providing additional support to those NGOs that provide that shelter,” she added.

Those receiving public assistance and disability grants will receive their money using their respective methods but will receive the increases promised to them in a separate deposit or cheque before April 15.