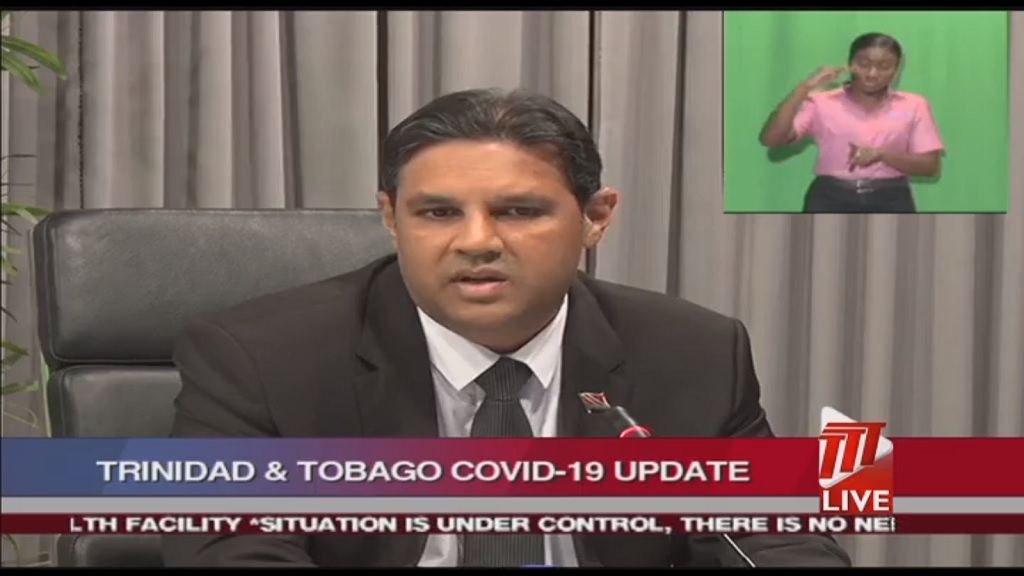 One COVID-19 positive patient and two family members are currently under quarantine at the Home of Football, health officials said.

During a media briefing on Monday to discuss COVID-19, Chief Medical Officer Dr Roshan Parasram said the patient and relatives were kept at the Home of Football as her symptoms were mild and she was described as being in a convalescent state.

Dr Parasram said: “With this and other patients I would have consulted with the team at Caura (Hospital) as well as the County Medical Officer, I would have discussed the results with the Caribbean Public Health Agency (CARPHA) to determine what is best for the person. I was told by CARPHA that it seems like a weakly positive result, meaning in this particular instance it seems like the period of infection would have been past and they would now be in an almost-convalescent stage.”

He said the Home of Football was used for convalescents in the past as a decanting facility and as the patient has very mild to no symptoms, it was thought best to keep her there.

He said if her symptoms worsen she would be placed in one of the hospitals assigned for COVID-19 patients.

Health Minister Terrence Deyalsingh said the patient and two relatives were granted an exemption through the Minister of National Security and arrived via air ambulance from Houston on Thursday evening.

He said they were taken directly to quarantine at the Home of Football and were swabbed on Friday morning.

Deyalsingh assured that the family was not allowed to go home as per protocols, thereby removing the issue of any secondary or tertiary contacts, adding that this speaks to the robust nature of Trinidad and Tobago's COVID-19 healthcare response system.

Deyalsingh also referred to the rising number of infections globally, saying Trinidad and Tobago must monitor the process as citizens are brought into the country.

Dr Parasram said arrangements were being made to bring in 29 Trinidadians stuck on cruise ships who would be quarantined at the Tacarigua facility.

30 citizens would also be arriving from Caracas, Venezuela who would be quarantined at the Brooklyn facility in Sangre Grande.

10 citizens in Guyana were also being allowed to return, and they would be quarantined at the UWI Debe campus.

One active COVID-19 case in T&T; close contacts being monitored

Death toll from flooding in Japan rises to 50, dozen missing