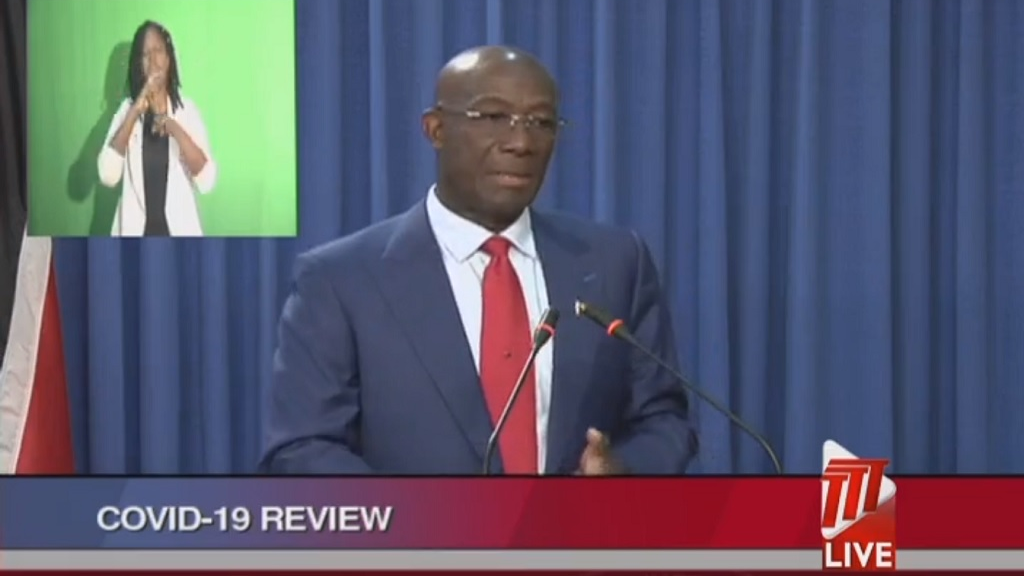 Prime Minister Dr Keith Rowley said he will be hosting a 'Day of Prayer' with religious leaders on March 29, 2020.

Dr Rowley made the announcement during a media briefing on March 23, 2020 to give updates on the country's response to the novel coronavirus (COVID-19).

He said he will invite religious leaders to the Prime Minister's residence where the session will be live-streamed via available media channels.

The announcement comes after regulations which prohibited religious gatherings of more than 10 people as per the Miscellaneous Provisions 2019 Novel Coronavirus Bill, 2020.

"I think this is as good a time as any. On Sunday, March 29, I've given instructions to staff to reach out to the leadership of various religious bodies...to join me and my wife at the chapel at the Prime Minister's residence to have a day of prayer there, which would be streamed live, where we can be joined by members of the national community who are not able to gather."

"On that day, let that be our day of prayer. You can pray wherever you are. We will ask for God's blessing in a very difficult situation...asking for this difficult and threatening circumstance to pass us by."

Religious groups were prevented from gatherings of more than 10 people after photos and videos showed large gatherings of people crammed together.

According to the legislation, any religious gathering with more than 10 people risks a $50,000 fine and jail time.

At the briefing, Government also outlined a series of measures to alleviate the economic strain caused by a slowdown in financial activity due to a mandate for people to self-isolate at home to prevent the spread of the virus.

Update: T&T's COVID-19 cases up to 51, all classified as imported

COVID-19: Religious gatherings of over 10 people banned until April 30