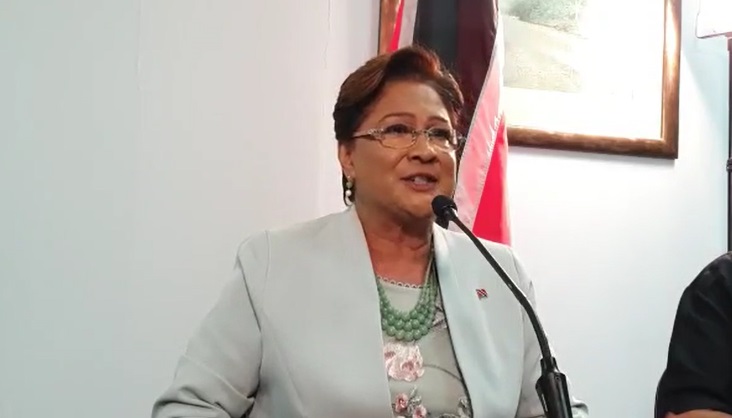 Opposition Leader Kamla Persad-Bissessar is calling on Government to get the National Flour Mills (NFM) to reduce the cost of flour, oil and rice or consider the removal of VAT from some of these essential items.

It is one of the proposals she made at a meeting with Prime Minister Dr. Keith Rowley on Friday to discuss the impact of COVID-19 on the country.

Speaking at a press conference following the meeting, the Opposition Leader said measures ought to be examined immediately to address the needs of the unemployed, the homeless and the self-employed while this crisis lasts.

"We suggested to the Government to consider reducing the price of flour, oil and rice that NFM produces and or to take the VAT off. These are the basic foods that everyone will eat.

We ask Government to consider that, given the last time we estimated was 100, 000 jobs were lost (and) now with the casino shut down, now that's about 500, 000 of those kinds of workers are going to be on the breadline."

She also expressed concern over Government's announcement that it would give each Member of Parliament 50 food cards, to aid those affected by the virus.

"That is going to be a riot in my office...I am in fear of losing my life and that is not a joke. What are we going to do with 50 food cards?" she asked.

Persad-Bissessar also called on the Government to re-formulate a National tripartite committee, which she said will monitor the effects of this crisis as it goes on, subsequently being able to properly report on the damage done to the labour market.

She futher urged government to convene the Energy Committee of Parliament and a special committee of Heads of Chambers, Businessmen and Opposition Members to create a medium term and long term Revenue plan.