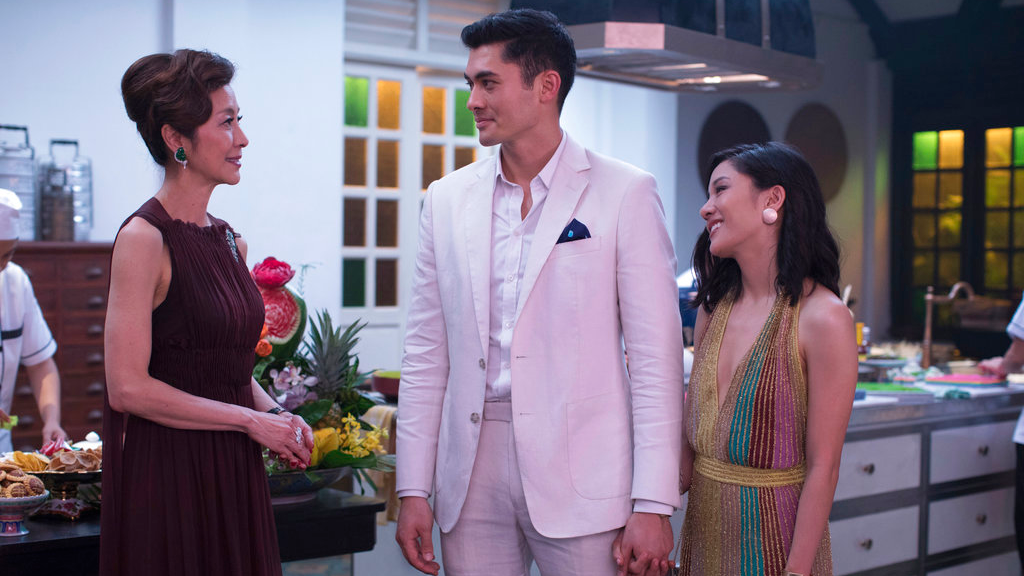 Glitz won over guns as the gilded romance "Crazy Rich Asians" debuted at No. 1 in North American theaters this weekend, surpassing industry expectations and beating out action-packed fare like "Mile 22."

Warner Bros. estimates that the film earned $25.2 million over the weekend and $34 million since its opening Wednesday. It's a surefire win for the film, which cost $30 million to produce and went into the weekend with months of buzz and a 93 percent "fresh" rating on Rotten Tomatoes.

Breakout star Henry Golding told The Associated Press on Sunday that the film's performance is a "testament to the people who are turning up."

"It's not just the Asians who are coming. It's people of all colors from all walks of life who are enjoying this cinematic experience," Golding said. "It's a real shift in Hollywood."

Adapted from Kevin Kwan's best-seller, "Crazy Rich Asians" stars Constance Wu as an American woman who gets a culture shock meeting her boyfriend's obscenely wealthy family in Singapore. The studio strategically bumped up the film's opening to a Wednesday earlier in the summer.

"We knew we'd get avids who read the book and a large Asian following," said Warner Bros. domestic distribution president Jeff Goldstein. "We figured OK, we get good reviews, open on Wednesday, word of mouth will spread and really propel the movie into the weekend, and that's exactly what happened."

As recently as July 26, box office experts were predicting that the film would open to at least $18 million over its first five days, but no one expected a launch of over $30 million.

"I think the audience isn't an obvious audience," Goldstein said. "When you get a culturally important event like this movie, I think it just takes off like wildfire."

The stakes were high for the first studio-produced movie led by Asian-Americans in 25 years. The filmmakers even turned down a big offer from Netflix to give the historically significant film a theatrical platform. Cast members and fans started using the hashtag #GoldOpen to try to encourage more opening weekend support.

"We still have a long run to go but our message to the world has been heard. We have arrived," Chu wrote. "Now let's go tell more of our stories! We have a lot more to say. And I don't want to wait another 25 years to see them. This is only the beginning."

Despite the success of "Crazy Rich Asians," other films still found audiences this weekend, including Warner Bros. shark movie "The Meg," which fell only 53 percent in its second weekend, adding $21.2 million. The Jason Statham-led film has now grossed over $300 million worldwide.

In limited release, Sony Pictures Classics' "The Wife" opened with $111,137, and Roadside Attractions' "Juliet, Naked" debuted with $60,922. Both films opened in four theaters.

One film that did not find much of an audience was Kevin Spacey's "Billionaire Boys Club," which Vertical Entertainment released in eight theaters this weekend after making it available for purchase on Video on Demand last month. Official earnings were not reported to comScore, but industry trade publication The Hollywood Reporter said Sunday that the film earned a dismal $425.

Hollywood's winning streak continues with the summer season up 12.4 percent from last year and the year overall up 8.9 percent.

"The box office is on a roll," said comScore senior media analyst Paul Dergarabedian, noting the diverse genre offerings in cinemas this summer. "The line-up basically looks like a streaming service. That's what people have become accustomed to and the movie theater is delivering it in a big way this summer."

Estimated ticket sales for Friday through Sunday at international theaters (excluding the U.S. and Canada), according to comScore: