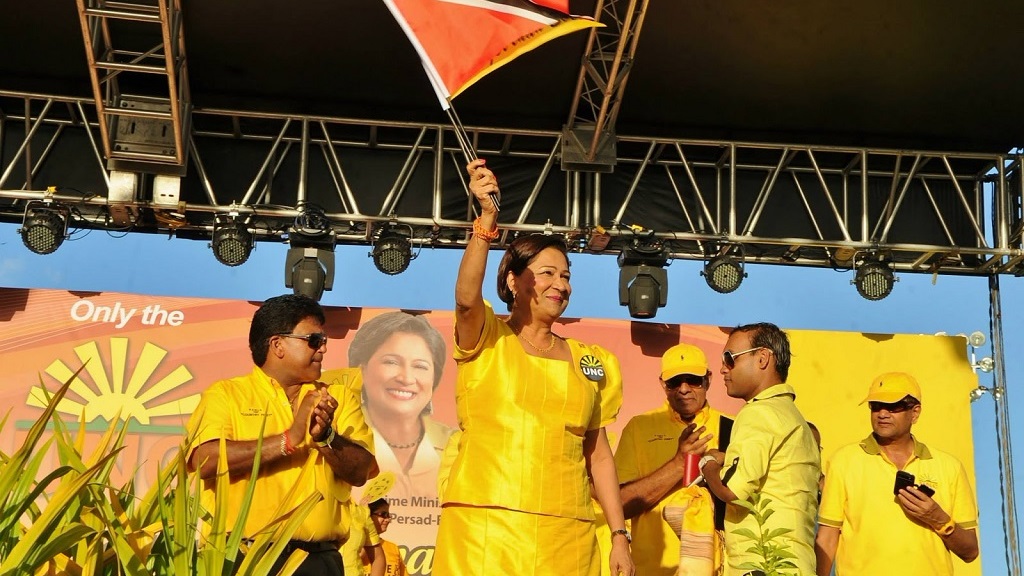 Minister of National Security Stuart Young said he has officially requested that a criminal investigation be launched into allegations made by former Cambridge Analytica employee Christopher Wylie that the United National Congress (UNC) was involved in breaching the privacy of Trinidadian citizens.

Speaking at a media briefing on Wednesday, Young said that his Ministry, alongside the Ministry of the Attorney General, has made international requests for information.

“I will be asking for the launch of criminal investigations into what has taken place and parallel to that…I will be seeking international recourse, through the Attorney General’s office we will be making official requests for information.”

He said his Ministry is also considering requesting a special prosecutor to investigate the matter as this activity may be occurring even now.

“What is more frightening is I have reason to believe the UNC continues to pursue this…it continues to happen,” he said.

He said the Attorney General’s office reached out to the FBI, Wylie’s attorneys and other international agencies to examine the connection to Trinidad and Tobago.

“Having been exposed to this information I want to put on record that when this first came to attention, the Attorney General was tasked with the responsibility of touching base with international investigators,” he said.

Additionally Young said he has obtained information that there may be a plot to use criminal elements to sway the upcoming general election.

“It appears as though there is a plan to utilise criminal elements in our society to influence the outcome of voting in our general election,” he said.

He said based on the comments made by Wylie in his book ‘Mindf*ck: Cambridge Analytica and the Plot to Break America’ it appears that a breach of privacy laws may have occurred.

“Trinidad and Tobago was the epicentre of a spying mechanism using tools to attack our democracy and abuse our citizens….nobody gave anyone permission to be seeing what you’re doing at any point in time in your private space,” he said.

“Wylie has said in clear terms that is what they were doing. They were reading what was going onto your smart devices,” he said.

Young said they procured minutes from a UNC 2014 meeting in which members were given tasks which allegedly included data collection.

“Our hands were able to get onto the campaign minutes of the UNC of Tuesday 3rd June, 2014 at the UNC headquarters, Rienzi Complex, Couva.”

He said the meeting discussed matters including data collection, tapping into state agencies to build a voter file, and using data capture initiatives among others.

He said one party member, not a minister, was tasked with getting telecommunications files as well as food card data, disability grants etc.

“This is minutes of a meeting of a UNC political party in 2014…marry that now to what Wylie said in his book.”

“It is a UNC government having given access to all of our data…by these individuals…for political expediency and to win elections,” he said.

Young quoted several excerpts from Wylie’s book which referred to the company of SCL, which was later known as Cambridge Analytica, which allegedly spied on the browsing information of Trinidadian citizens.

“These are not the words of me the individual, but it’s me reading what someone who was at the heart of the operation telling what he did using our data here in Trinidad and Tobago.”

“This means…they didn’t just want your IP address, they wanted to know who you were, what it is you were doing…and to have access real-time so as soon as you click and go on and you’re browsing…they’re selling this to the Americans, the Russians.”

“They permitted SCL to see what you were browsing and to build information on us. This is what was going on unknown to us, the citizens,” he said.

He said the next step involved contacting telecoms companies to find out if they could participate.

“This means they were given access to the telecommunications apparatus in Trinidad and Tobago to tap…to sit and watch what a person in Trinidad was browsing at that very moment,” he said.

Young said according to Wylie, SCL was able to locate the IP address and location of Trinidadians browsing the internet in real-time.

“The UNC, while in power gave access to SCL through our telecommunications servers for them to be able to sit…and tap in to see on your smartphone, your computer, anywhere you accessed the internet, what exactly you were doing. For example, conducting banking transactions, they can see your PIN.”

“They now have direct access to not only your historical information but real-time access to what you were doing. That gave the UNC the access to blackmail, extort persons who were compromised by their browsing history,” he said.

Wylie also said the information was used to broker deals with ministers.

He quoted Wylie: “We were spying, pure and simple, with cover from Trinidadian leaders.”

Young said Wylie claimed that the Trinidadian government was violating the privacy of citizens.

“That one sentence should concern and strike at the heart of every law-abiding citizen of Trinidad and Tobago,” Young said.

Young said they will now be engaging international investigators such as the FBI and others to press forward with criminal investigations.

The UNC refuted the claims in a statement issued Wednesday and said it will seek legal advice over the defamatory statements.

Catch this week's supermoon, biggest and brightest of year