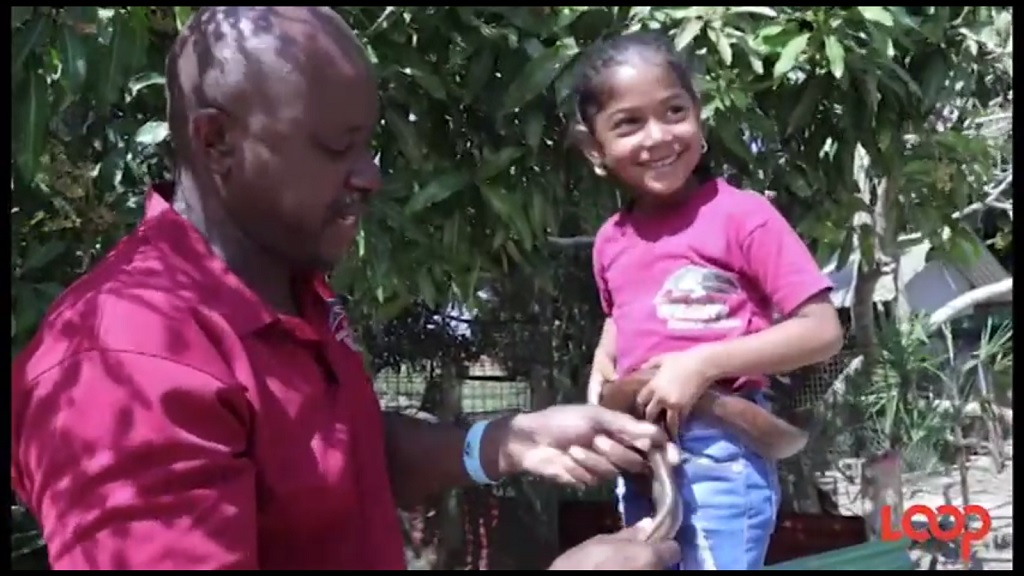 The fear of snakes (Ophidiophobia) is said to affect one in three people worldwide, making it one of the most common phobias.

However, the beauty of these complex and critically important species sometimes goes unnoticed.

The Columbian Rainbow Boa appears to be plain brown at first, however when seen in sunlight it shimmers with beautiful iridescent rainbow colours.

Director and founder of the El Socorro Centre for Wildlife Conservation, Ricardo Meade, says these creatures also play a vital role within their environments.

Here are five things to know about rainbow boas:

According to this report by the University of the West Indies (UWI), rainbow boas can be found in dry tropical forest, rainforest clearings or even close to human settlements such as agricultural communities.

These snakes spend most of their time on the ground and are mostly active after dusk and at night searching for prey.

They are nocturnal, so when non-active, they would find themselves benefiting from various hiding spots such as dry holes or under debris away from potential predators.

2. They can swim and climb trees

Like all boas, they are excellent swimmers, however they restrain from being in contact with water as much as possible.

Rainbow boas are also known to be arboreal (tree climbers) in their juvenile phase, possibly to help evade predators. As they mature they become semi-arboreal.

3. They have South American cousins

This species of snakes are not only found in Trinidad and Tobago but can also be found and distributed in other regions such as Columbia and the northern regions of South America.

4. They keep to themselves

Rainbow boas are highly solitary, meaning that they carry out their actives on their own such as hunting, foraging or looking for a new place to settle down.

Rainbow boas don't interact with other rainbow boas except during mating season, during the months of October and January.

They mostly eat rodents, lizards and birds, or if near water, they may eat small fish. Their future is threatened by human encroachment and habitat destruction.

They play an important role in controlling the rodent population which would otherwise spread diseases.

Those with a fear of snakes can relax as encounters with these snakes are rare.

5. They give birth to live young

This means young rainbow boas are given the extra protection of growing and developing inside their mothers before setting off into the wide yonder.

These snakes are at risk from poachers who may catch and sell them for the pet trade.

For more information on how to support wildlife conservation and awareness, contact the El Socorro Centre for Wildlife Conservation on Facebook at www.facebook.com/wildlife.tt, or visit their website at www.wildliferescuett.org.

What other snakes have you seen in the wild? Let us know in the comments.