CriTTers: 6 things to know about the Yellow Spotted Side-necked Turtle 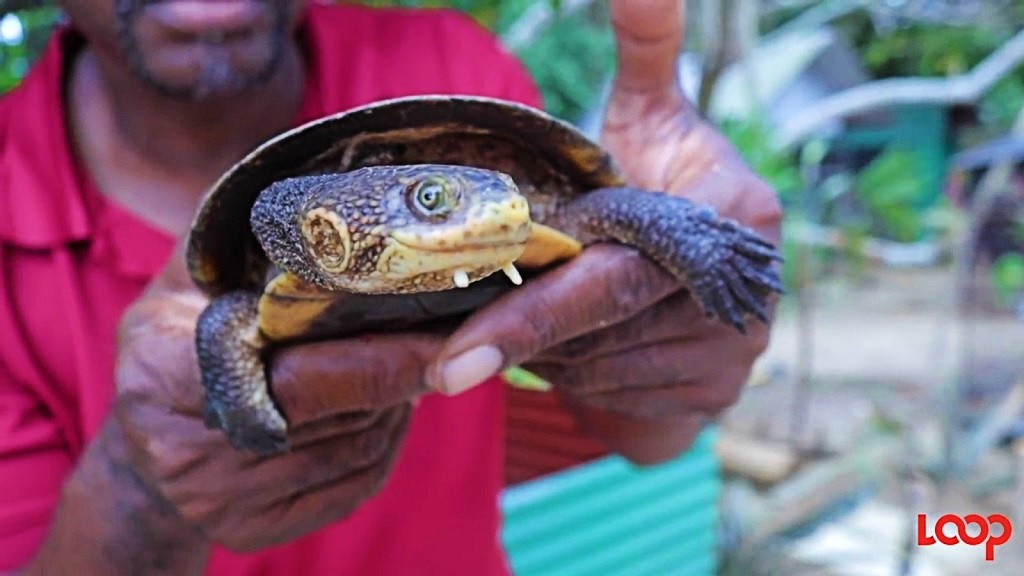 Photo: The Yellow Spotted Side-necked Turtle is native to Trinidad and Tobago and listed internationally vulnerable.

Nestled deep in the forests and rivers of Trinidad and Tobago lives a curious turtle whose neck is so long, he retracts it into his shell sideways.

The Yellow Spotted Side-necked Turtle (Podocnemis unifilis) is native to Trinidad and Tobago and is listed as vulnerable by the International Union for the Conservation of Nature (IUCN).

Director and founder of the El Socorro Centre for Wildlife Conservation, Ricardo Meade, explained a few things about this intriguing turtle and its importance for the environment.

Here are six things to know about the Yellow Spotted Side-necked Turtle:

Yellow Spotted Side-necked Turtles live primarily in Trinidad's rivers and streams. According to a report by the University of the West Indies (UWI), St Augustine, these turtles live around calm waterways such as big rivers but migrate with seasonal changes in water levels.

2. They reproduce during the dry season

Climate change may significantly affect the reproductive cycle of these turtles, who usually lay their eggs during the dry season. They have the ability to nest twice within the same individual reproductive cycle, but females would usually nest a single clutch per year.

The size of the clutch is usually dependent on the size of the female. They can also lay their eggs along sandy beaches and soil beaches, along the banks of rivers and areas where plant matter such as leaves cover the floor.

Two weeks after mating after the setting of the sun, the females lay eggs in shallow nests, allowing the eggs to incubate under the sun for the next two months until they hatch.

The temperature at which the eggs are incubated influences the sex and size of the hatchlings.

3. They love warming up in the sun

Yellow Spotted Side-necked turtles are usually active during the mid-morning and afternoon peaks and enjoy sunning themselves together on fallen trees and other objects stationed in the center of the river and sometimes along riverbanks.

They feed primarily on vegetation during high water levels that are found in the swamps, lagoons and flood forests. They also feed on various fruits and seeds in the flooded water but floating and plants on the riverbed form the basis of their diet and the fruits act as a supplement. Younger turtles may feed on live worms and crickets.

4. They're under threat from poachers

5. They're also found in parts of South America

These turtles may have originally arrived in Trinidad and Tobago from South American regions due to the flooding of the Orinoco River many years ago.

However they are now native to Trinidad and Tobago. They can also be found in Venezuela, eastern Colombia, eastern Ecuador, northeastern Peru, the Guianas, Brazil and northern Bolivia.

Podocnemis unifilis is primarily found in South America, including Guyana, Venezuela, eastern Colombia, and along the Amazon River in Brazil (Ferri, 2002). They are occasional accidental visitors to Trinidad, probably from the flooding Orinoco River.

6. They can live to be as old as some human beings

According to the Smithsonian, the oldest known yellow-spotted Amazon River turtle living in human care reached 23 years of age. They can live up to 70 years.

CriTTers: Tales of the Terrapin