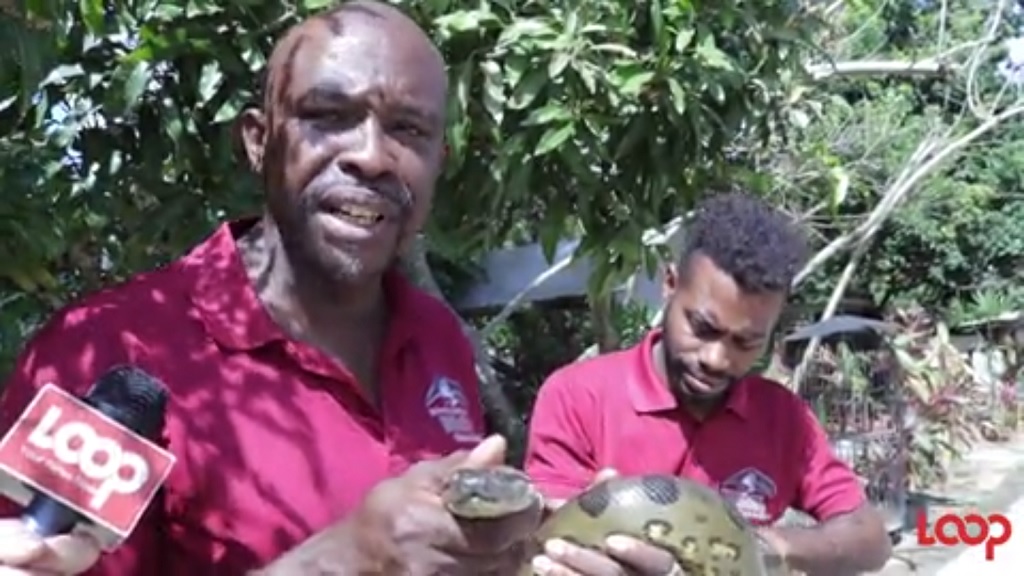 Did you know? The largest snake in the world (in terms of weight) is a Trini.

The Green Anaconda is known as the world's heaviest snake and is native to Trinidad and Tobago. It can weigh hundreds of pounds and is capable of taking down a jaguar if it grows to be large enough.

However these snakes, while they might seem scary, are hardly ever visible to humans as they prefer to stay away from human habitation, instead sticking to rivers and other water-based habitats.

Anacondas are useful in keeping the numbers of certain predators under control, such as caimans.

Ricardo Meade, director and founder of the El Socorro Centre for Wildlife Conservation, shows one of these impressive snakes up close:

1. Green anacondas can add on the pounds

Green anacondas can grow to weigh as much as a whopping 1,100 pounds. However in most cases they usually weigh around a few hundred pounds.

Anacondas can reach lengths of 17 feet (5 metres), and some specimens may be as long as 36 feet (11 meters), but this is unusual.

2. They’re native to Trinidad and Tobago and other South American regions

Green anacondas are found in Trinidad and tropical South America, east of the Andes, south to Bolivia and northern Paraguay.

They live in sluggish streams, rivers and adjacent swamps and marshes. While the anaconda frequents the water and is an excellent swimmer, it is very capable of moving on land and has limited climbing abilities. 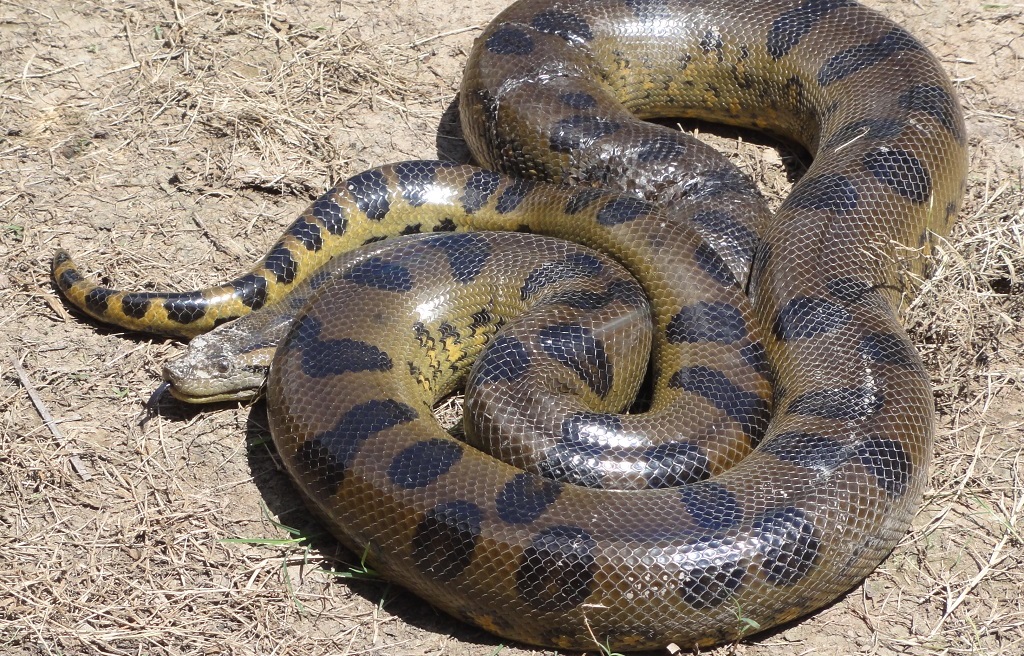 3. Female anacondas tell males when they’re in the mood

During the rainy season, females in breeding condition give off pheromones that are tracked by nearby males who then approach.

The female’s scent is an air-borne chemical and males come to her from all directions. Males flick their tongues in the air to pick up the chemical presence. The courtship period usually lasts about two months.

Like other boa species, anacondas are ovoviviparous, or bear live young. Female anacondas retain their eggs and give birth to two to three dozen live young. Baby snakes are about 2 feet long when they are born and are almost immediately able to swim and hunt. Their lifespan in the wild is about ten years.

5. They’ve been featured in movies

Yes, green anacondas have been dramatized in movies, such as the 1997 film ‘Anaconda’ starring Jennifer Lopez.

However, green anacondas are far from aggressive toward humans and will instead shy away from human habitats. Anacondas are known to eat wild pigs, deer, birds, turtles, capybara, caimans, and even jaguars.

Anacondas are nonvenomous and instead constrict their prey to kill and eat them – they play an important role in maintaining balance within our ecosystems.

If you do spot a green anaconda it’s best to leave it alone or call a professional to help.

For more information on how to support the El Socorro Centre for Wildlife Conservation through donations or volunteering, contact them on Facebook at www.facebook.com/wildlife.tt, or visit their website at www.wildliferescuett.org