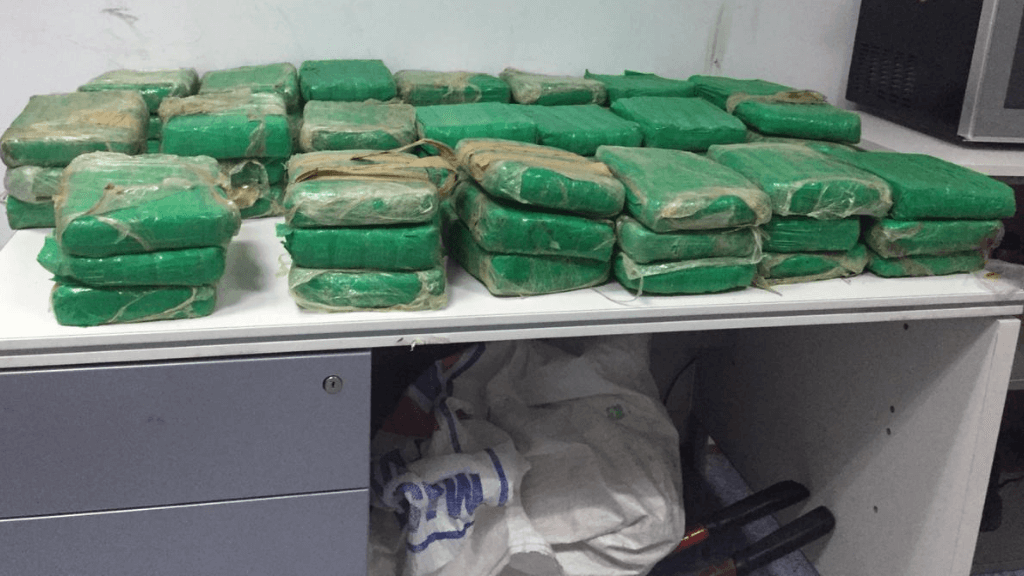 A Maloney couple is in custody after they were held with two crocus bags of compressed marijuana.

The drugs are said to have a combined weight of 37 kilogrammes.

According to police reports, around 7.30 pm on Monday, a party of officers led Sgt Katwaroo, received information which led them to an apartment along Building 13, Maloney Gardens.

The apartment was searched in the presence of a man and his common law wife, both 43.

In a room at the eastern side of the apartment, the officers found and seized two crocus bags.

The bags, LoopTT was told, contained 60 packets of compressed marijuana.

The drugs, police believed, had been recently packaged for sale.

As a result of the find, both persons were arrested.

They are currently being questioned following which, they are expected to be charged and brought before an Arima Magistrate.

The exercise also included assistance from a party of officers from the Maloney CID including Cpl Ali, PC Winter, PC Lawrence, and PC Bartholomew, among several others.