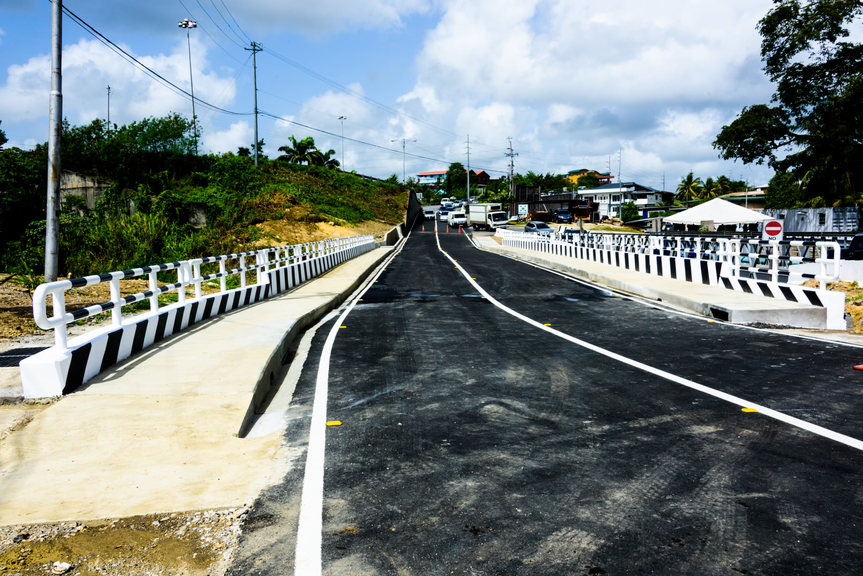 Commuters in and out of San Fernando can expect an improvement in the traffic situation with the opening of Bridge B1/35 Southern Main Road, at Cross Crossing.

The project, which was completed by the Ministry of Works and Transport’s Bridges, Landslip and Traffic Management Unit, was commissioned on Monday.

The bridge was under construction since 2016 and was originally expected to be delivered in October 2019. A few challenges along the way delayed the completion of the project by an additional couple of months.

Speaking at the ribbon-cutting ceremony, Works and Transport Minister Rohan Sinanan was pleased that the project was finally completed and ready for use.

He acknowledged that weather conditions, the fact that it was an active roadway and the bridge is situated across a major watercourse were some of the factors that played a part in the months-long delay in the project’s completion.

As with the turning of the sod on the Lady Hailes Avenue Widening project last Friday, Sinanan assured that this was no election gimmick.

San Fernando Mayor Junia Regrello said the project will make a difference in traffic congestion experienced. He congratulated the contractors for their work on the bridge.

The project was delivered at a cost of $22.7 million - at least $1.5 million under budget. The savings on the project are expected to be used to carry out cleanup works on river courses in San Fernando.

The bridge serves as a major artery that will facilitate hundreds of residents and commuters of Point Fortin, La Brea, Fyzabad, Gulf City, Siparia, Penal and Debe.

The scope of works also included river paving to allow for better drainage and reduced maintenance.

The new bridge is a two-lane reinforced concrete bridge and has no load limit.

Carpark at San Fernando General Hospital to be upgraded