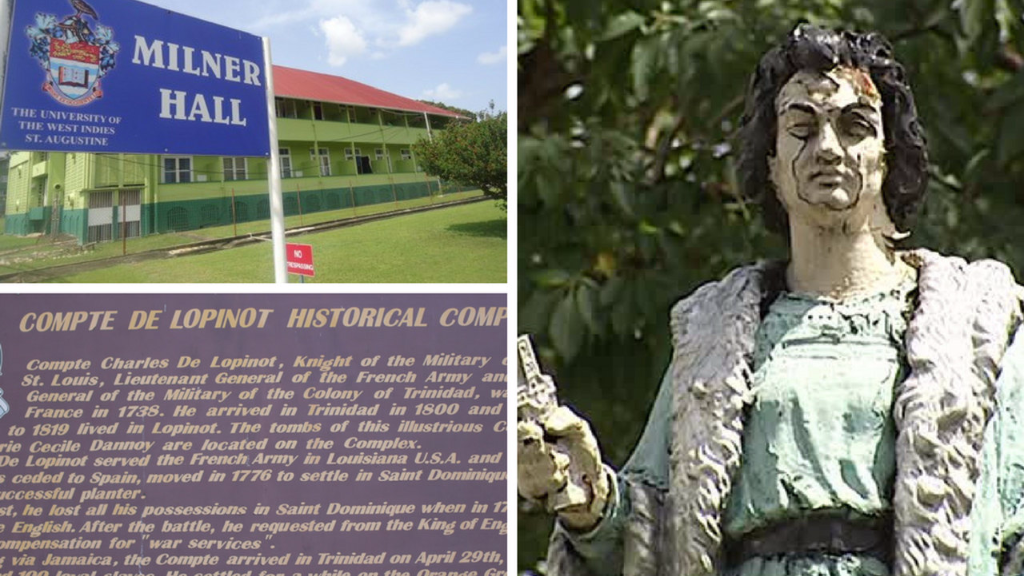 When you are walking through any street or square in the country do you think about the history of the people they were named after?

Do you think about the atrocities they may have committed or wonder why their legacies are celebrated?

A new campaign is seeking to challenge citizens to do just that.

The Cross Rhodes Freedom Project campaign is a new initiative aimed at educating citizens on the history of our country, creating awareness of the people we celebrate in our public spaces and rebranding these spaces with our local heroes.

Purposely named after Cecil Rhodes, primary architect of South Africa’s apartheid movement, the campaign uses his name as a metaphor to invite Trinbagonians to view themselves as a people at a crossroads.

“To consider the current Caribbean historical moment with its persistent crime and violence and its attendant biased and deeply flawed criminal justice system, its racism and prejudice, its inequality and inequity, its inadequate and antiquated education and health care systems as, a critical juncture rooted in our historical context, which requires us to make some urgent and important choices,” according to a brief on the campaign.

The campaign has two facets: Cross Rhodes, a historical documentary examining critically the people and values that we honour and celebrate in our public spaces, set in the context of recent international developments and The Freedom Project, an accompanying wave of activism intended to generate dialogue and action across the region, to both end the celebration and glorification of nefarious colonial icons and reignite interest in the Caribbean Civilizational Project started at independence.

Shabaka Kambon and Dr Claudius Fergus, a history lecturer at the University of the West Indies, are the two main architects of the campaign.

The first three main targets of the campaign are the removal of monuments and the renaming of spaces celebrating Christopher Columbus, the re-contextualising of the Lopinot Estate to reflect its true history and the renaming of Milner Hall on the St Augustine campus of the University of the West Indies. 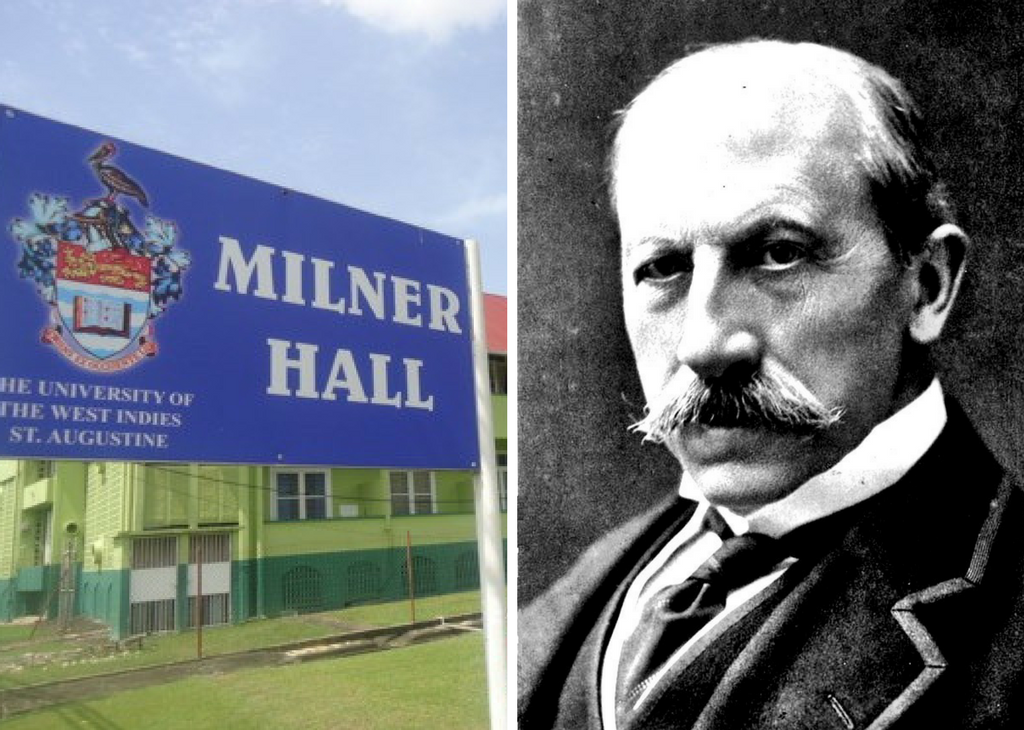 Sitting down with Loop to discuss the campaign, which will be launched later this month, Dr Fergus described it as a decolonising of our public spaces.

“It is a question of the mind. We have been colonised intellectually and spiritually. There has been a distortion of the history and the memorialising of the champions of colonisation and imperialism,” he said.

“And this becomes part of the archetecture of our value system and our national character. The consequences are patently obvious, all of our institutions are callapsing. What we need is the reignite the post-independence drive to construct a more emancipated society and we see this project as the vehicle to do that” said Kambon.

The campaign is not one with a definitive end, as both men acknowledged, it will take time to overturn the colonial narratives that undermine our development to teach about our heroes and heroines most of whom do not have a presence in the local history books.

The campaign will also not be without opposition considering the support Brian McFarlane received from some quarters from those who didn’t understand the outrage at his “House Boy and Beautiful Lady” section in his band Cazabon: the Art of Living.

“Because we have such a casual attitude to colonial violence there are those across our society who will find this effort odd,” said Kambon.

“If we venerate a man who walked into a territory and enslaved people and he gets a statue then why be mad with MacFarlane?”

Dr Fergus assured those who might oppose the campaign but the intention is not to erase history but to expand and add balance.

“We need to construct a new nationalist system,” he said, noting that Trinidad and St Lucia are the only two Caribbean islands he has not seen any monuments to our own struggles.

“We are afraid to look back because we get stuck at slavery but we need to go beyond that. The history of our country is the story of the heroes of resistance, slavery and oppression. These people are the heroes of everyone but they do not feature in the public spaces and so are not a factor in the consciousness of the public,” he said. 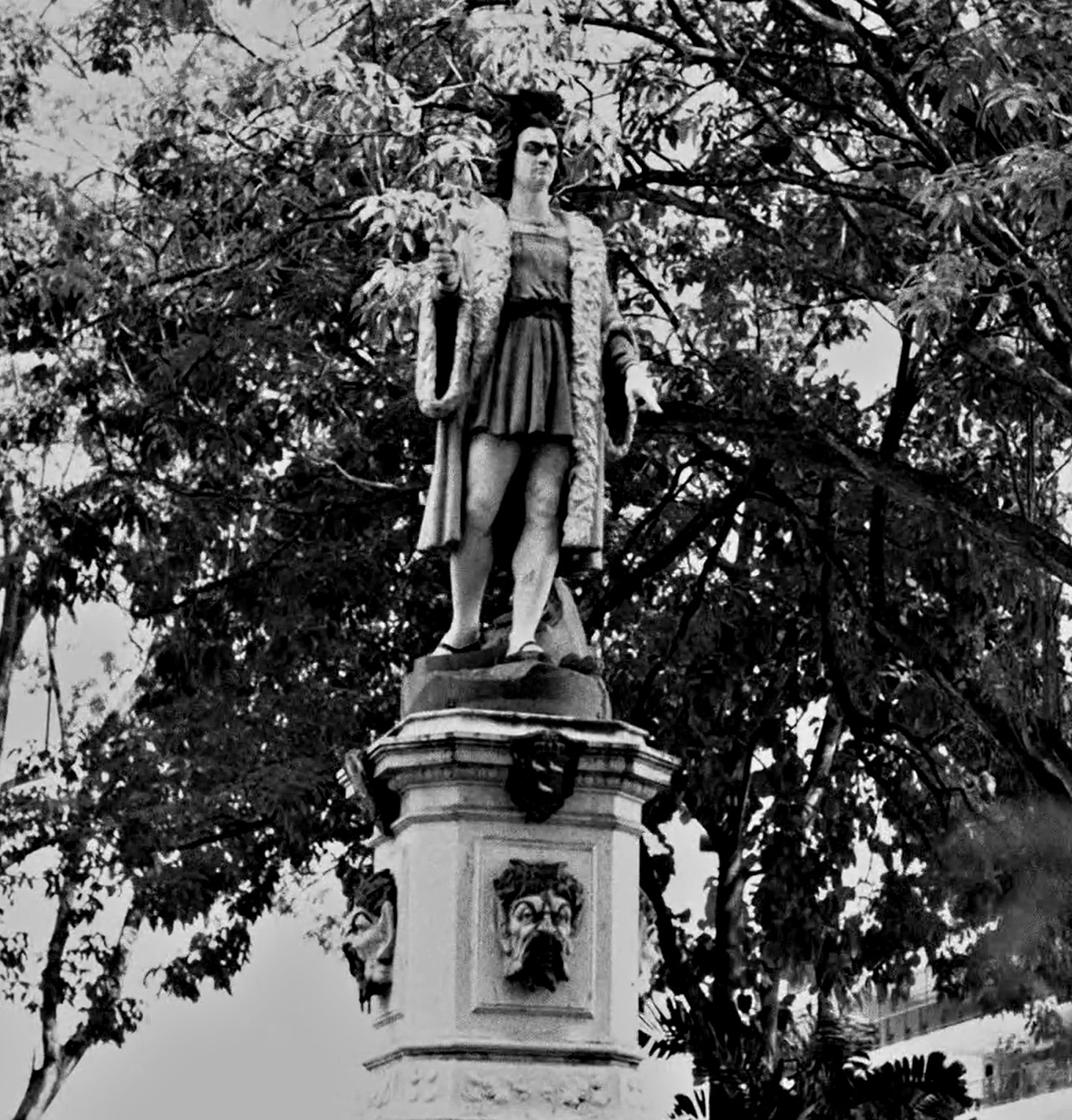 The duo said unlike the renaming of the King George V Park to Mandela Park, they are seeking engagement from stakeholders rather than a top-down approach. For the last year, they have been in discussions with stakeholders all over the country including those residents of Moruga who celebrate Columbus Day, Students at the University of the West Indies, the people of Lopinot and the First Peoples of the Santa Rosa Community and others groups from different parts of Trinidad.

The campaign hopes to have all Columbus statues removed to museums in time for the First People’s holiday on October 13. “This celebration of the decimation of our first people must end now,” Kambon said.

The Cross Rhodes campaign builds on similar movements around the world and at the launch on June 22, there will be two special guests: Cleo Alberta Lake from "Countering Colston" in Bristol England and Michael Quess Moore from "Take Em Down NOLA" in New Orleans.

Lake is the First Afro-Caribbean person to be elected to the city council for the Green party in the UK and her group Countering Colston was recently successful at having Bristol's premiere Music Hall drop Colston from its name to disassociate itself with the legacy of notorious slave trader Edward Colston.

Moore is the Co- founder of “Take Em Down Nola” and this group lead the protest that resulted in the removal of four confederate monuments from the Louisiana city centre, including one to the crescent city white league that took up arms in reaction to the election of a few black officials at the start of the period of reconstruction.

The role of the Spanish explorer in the extermination of native peoples and their enslavement has long been noted and many countries and institutions have taken moves to remove statues celebrating him and renaming Columbus Day.

In the region, St Lucia which removed Columbus’s name from a prominent square in the centre of Castries after 101 years replacing it with that of the late Nobel Laureate Derick Walcott in 1992.

Kambon explains that 375 years after Columbus’ death, statues venerating him were erected all over the world including Trinidad as Europeans embarked on a new period of imperialism and conquest. “ This monumentalising of the Genovese sailor at this time was no accident, he was the supreme symbol of the doctrine of discovery which legitimised colonial conquest and  subjugation of the native peoples of the world.”

“The Columbus statue is not just an innocent marker of history. It is a purposeful celebration of a fictional and a sanitised narrative of colonial conquest which requires us to overlook the terror, enslavement and genocide of the period if we are to leave it where it is,” he said.

Alfred Milner served as high commissioner of South Africa and later as a Cabinet member. He was a self-avowed racist and imperialist known for his efforts to promote BritishEmpiree and was a close friend of Cecil Rhodes who espoused the same vision. Rhodes, the founder of the diamond giant DeBeers, is reviled in the Southern Cone of Africa for helping to prepare the way for apartheid by working to design laws on voting and land ownership.

Dr. Fergus has initiated a recommendation for Milner Hall to be renamed after the legendary Pan Africanist Henry Sylvester Williams.

Kambon compares Lopinot with Auschwitz and decries as a travesty the transformation taking place today at the historical sight where history is being curated in such a way as to rob future generations of Trinbagonians of one of the country’s last surviving points of memory from the period of enslavement.

Compte Charles de Lopinot left Haiti following that country’s abolition of slavery, the first country to do so, with a group of free Africans who he then re-enslaved when he came to Trinidad. A sign at the entrance to the estate today describes them those he enslaved as “loyal” and him as illustrious.