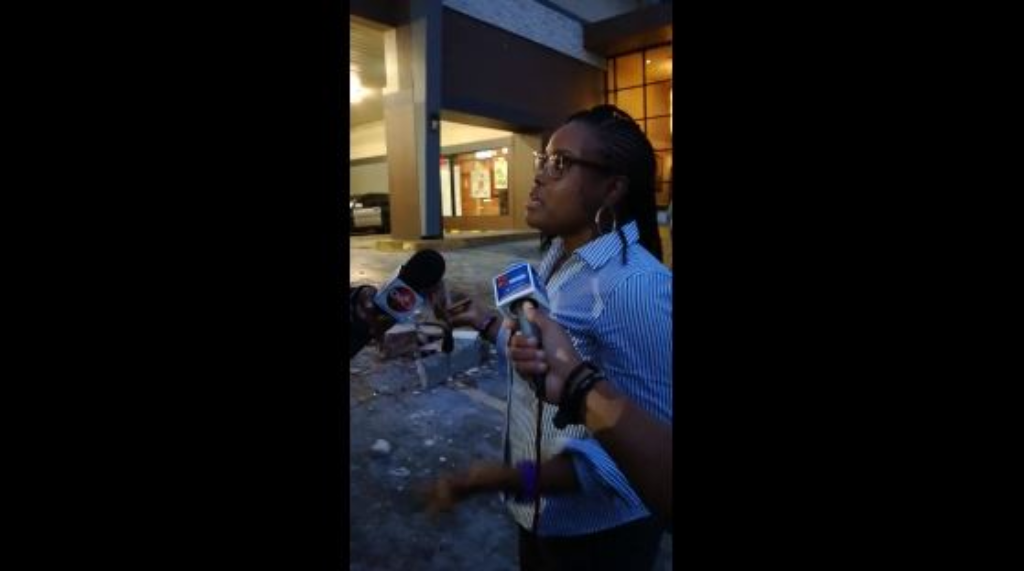 ‘It could have been worse’.

This was the sentiment expressed by Elizabeth Selkridge, the owner of a Subaru vehicle which was crushed by rubble while parked outside Pizza Hut at Roxy, Port of Spain during Tuesday’s earthquake.

Selkridge was speaking with members of the media following the phenomenon which wreaked havoc across Trinidad and Tobago.

She said T&T needs to improve its emergency response as chaos erupted at the very beginning of the earthquake.

According to Selkridge, because of people's lack of preparedness, the entire incident could have been worse.

“One thing though, we really need to work on our emergency response as organisations because it was complete chaos in Pizza Hut, complete chaos. Everybody is scared but I guess once we get into the habit and the culture of getting good responses in emergencies, I think we would be better.”

“Complete chaos, remember children inside, people just pushing each other.”

She said she was accompanied by her godson, his brother and their mother.

According to her, the children were ‘traumatised’.

“My godson and his brother were traumatised. They were saying ‘aunty calm down’ and they were trying to calm down their mother.”

How did people react?

Selkridge said she could only call on 'God' while the earth moved beneath her. She said others were focused on capturing the moment.

“My god, basically, my god. You know, everybody pulling out their cellphones. Before I could even call, you know, my family would have seen my car on social media so they would have obviously thought something was wrong with me. Thank you for the call. I know you would see this, I am fine."