Cuffie: TTT's local content will generate its own funding 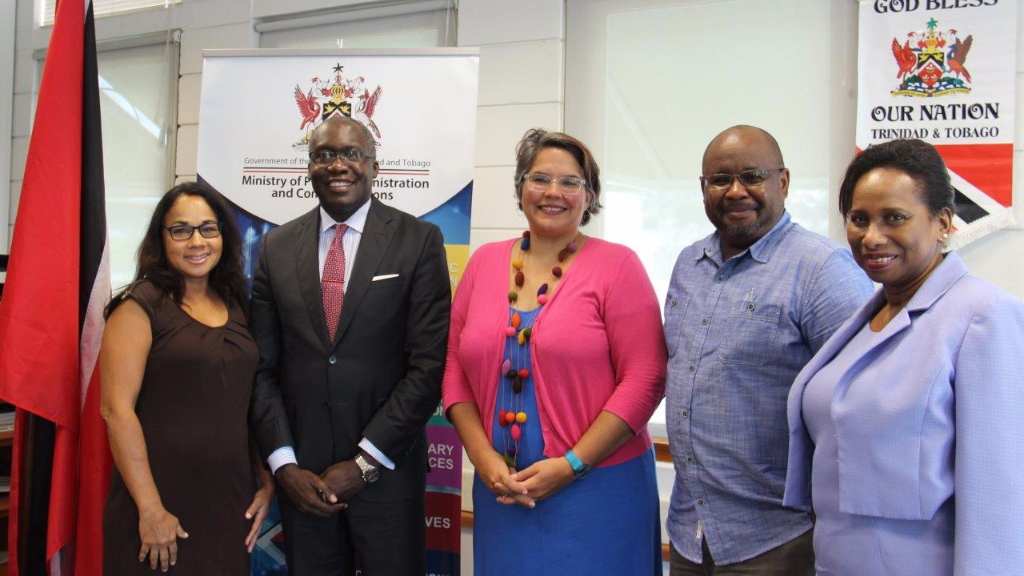 Minister of Public Administration and Communication, Maxie Cuffie, said that the revival of Trinidad and Tobago Television will mean a wealth of local content which will provide its own funding.

The Ministry said in a statement issued Monday that the Government welcomes the support of all stakeholders who have embraced the revival of Trinidad and Tobago Television (TTT).

Cuffie said he believes that with a new mandate the State-owned media house will achieve its stated objectives because it will be the lead organization indirectly employing a content industry which will be independent and generate its own funding through the assurance that they will have a market for their product.

“A lot of the Government subvention to CNMG now goes to purchasing foreign content using increasingly scare foreign exchange.  This will now be reduced significantly with the new mandate of the TTT.  Instead the bulk of the money will be spent on licensing and producing local content,” said Cuffie, who met with the Filmmakers Collaborative of Trinidad and Tobago (FILMCO) last week prior to the Cabinet decision.

He said during their meeting, the group not only endorsed the idea of a public service broadcaster but also called for a return of the TTT brand. This was a matter already under contemplation by the Government.

FILMCO met with Minister Cuffie on August 23 and presented the case for a state entity that would support the production and broadcasting of local content for the greater appreciation of this country’s local icons and cultural heritage.

The members of FILMCO also said their research showed this could reduce content costs to 25 percent of the programming schedule.

On Friday FILMCO also issued a statement which stated:

“Investment in public television is an investment in the national economy: the expenditure will filter through all sectors (including fashion, music, food, travel, hospitality, transport, film and television, construction and more) providing employment, building infrastructure and creating downstream industries.”

Minister Cuffie said, “(once) we increase local programming we are going to allow for creativity to blossom among local content producers.”

He said he understands concerns about the Government’s operation of an entity whose bottom line will not be to turn a profit. But like FILCOM, he stated there is a cost to providing public information and local content, a cost the state is prepared to bear.

“They (FILMCO) also pointed out the fact that they had been able to go to companies, advertisers and get support on their own, once they can find an outlet to put their shows on,” he said.

Nevertheless, he is clear that the new entity will not be an increased burden on the state. He said for this reason he will not be seeking increased subvention for the new entity but will mandate the new board to ensure its yearly allocation not only procures local content but creates jobs in the creative industry.

He acknowledged there were examples of business models for public service broadcasters such as BBC and PBS but stated that the TTT model will be relevant to Trinidad and Tobago’s societal needs.