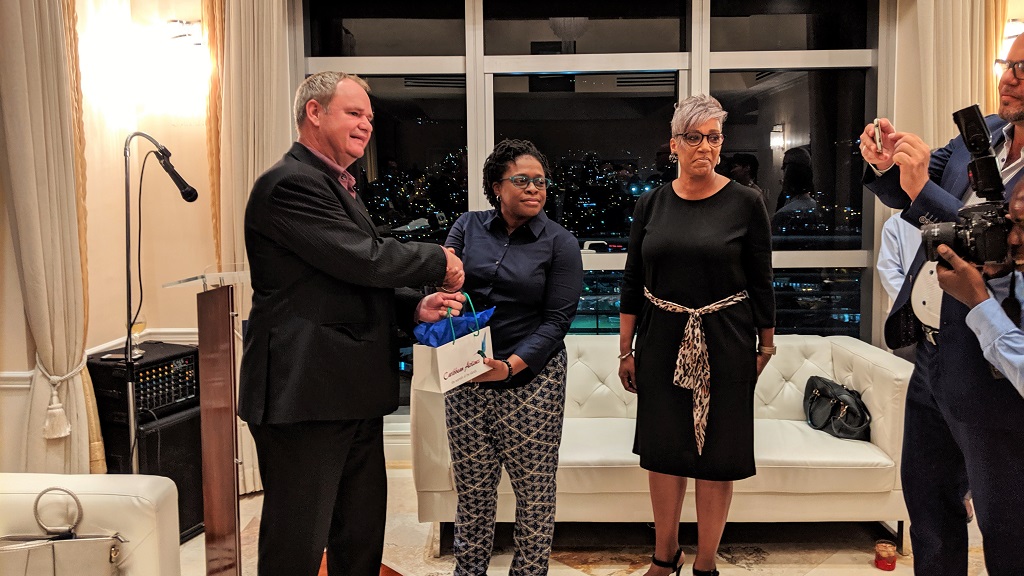 A delegation of media and travel professionals from Curaçao arrived in the island earlier this week to promote a new twice-weekly route between the countries via Caribbean Airlines.

The team, which includes media from Curaçao television station TeleCuracao as well as travel representatives, arrived on Monday via the airline's return flight into Trinidad and Tobago after the initial launch on August 2.

Speaking at the Residence of the Kingdom of the Netherlands at a cocktail reception on Tuesday, charge d'affaires Cor Stouten said this new route opens up many opportunities.

“We’re very excited because now there’s a straight line connecting us, it opens up economic opportunities,” he said.

Caribbean Airlines' Head of Corporate Communications, Dionne Ligoure, said many have mentioned the high cost of inter-island travel in the Caribbean and it is hoped that with this route access to the two islands will be easier.

“Friday’s event was another milestone as Caribbean Airlines continues to execute our mandate to better connect the region. We are not very far apart in terms of miles but we can all relate to the challenges that we experience in trying to get from one part of the region to the other. Thankfully, we are closing the gaps,” she said.

A member of the Curaçaoan delegation who runs a travel agency said he hopes to learn more about Trinidad and Tobago, beyond the surface elements.

The team will be visiting the Asa Wright Nature Centre as well as various locations in Tobago.

For more information or to book, visit www.caribbean-airlines.com