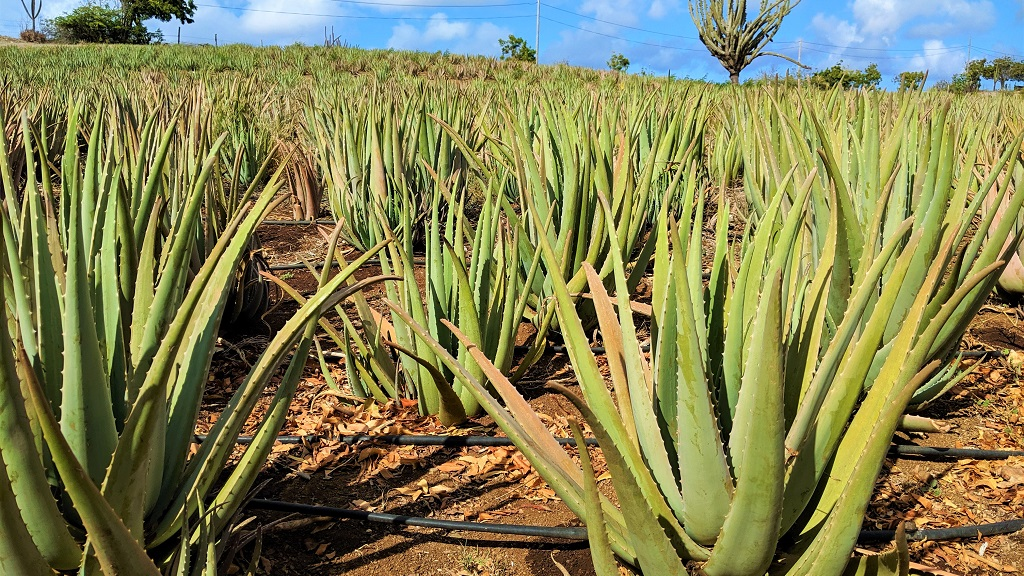 Many Curaçaoans credit Aloe Vera, known as ‘SenteBibu’ or ‘hundred lives’ in Papiamento, as the source of a long healthy life.

Curaçaoans eat the plant and apply it topically to cure burns and other skin irritations, which may be the reason the island has so many centenarians.

It’s also one of the island’s exports – Curaçaoan company Curaloe© sources its Aloe Vera from the Curacao Ecocity Project which has 100,000 Aloe Vera plants across five acres.

Tour representative Ana Maria Roelofsen Plantinga said to LoopTT that the plant’s bitterness can be removed by allowing the aloin, a latex coating, to drain out, then slicing it away leaving the plant's inner gel.

However, aloin may have its own uses as it’s known to be a powerful laxative.

Ana Maria said the plant takes two years to mature and the plants can live for up to 10 years. The plants are only trimmed every six months around the outer leaves, leaving new leaves to grow from the inside out.

She said climate change has also had an effect as this year there was no rain in the area for six months. As a result, the farm has had to purchase recycled water to keep the plants hydrated.

In 2002 Curaloe© partnered with BioClin (a Dutch pharmaceutical company) and received funding from Senter (a Dutch governmental institution) to build a production plant to extract Aloe Vera gel from leaves — filtering, stabilizing and processing into a gel concentrate for export as well as development into skincare products.

The rest, as they say, is Curaçaoan history, as the products are now shipped to countries worldwide.

Aloe Vera is known for its powerful healing properties and contains antioxidants including vitamins A, C and E, amino acids, fyto nutrients, enzymes and Gluco-Mannan, a complex polysaccharide that consists of “short” and “long” sugar strains (“short” sugar strains heal damaged human cells and activate the immune system; “long” sugar strains protect the human body against attacks from bacteria and viruses by eliminating them).

The plant, contrary to popular belief, is not a succulent but is a part of the lily family (Liliaceae).