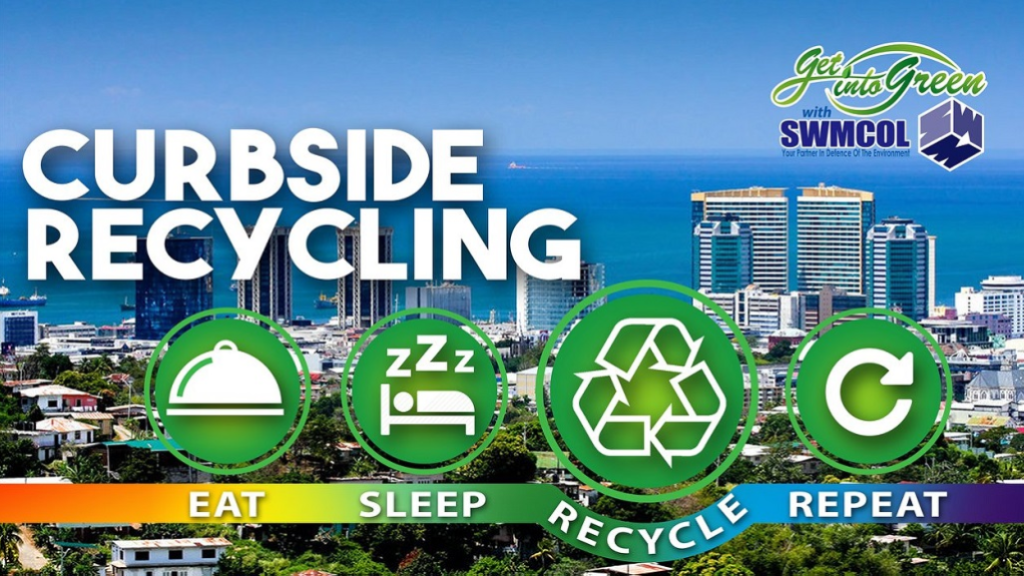 Diego Martin residents can look forward to an expansion of the curbside recycling programme in their area in the near future, thanks to the work of the Diego Martin Regional Corporation and SWMCOL.

Chairman of the Diego Martin Regional Corporation, Symon De Nobriga, told Loop News that the programme is in its initial stages but he’s hopeful that all stakeholders will be on board with the programme.

De Nobriga met with programme coordinators at SWMCOL at the DMRC’s head office to discuss details of the project earlier this week.

The three areas chosen for the pilot project so far are Carenage, Diamond Vale and Blue Basin.

De Nobriga said the initiative will go a long way towards helping the Diego Martin area to cut down on its waste generation.

“We want to do everything that we can do to make this a success. It’s of particular importance to us because we know the density of the Diego Martin region means we produce a lot of waste, including plastic waste, so a big issue for us is to ensure that we start moving towards reducing our waste.

He said the educational sessions would include information for communities including what types of waste can be recycled, how to sort them, how to place their bags of recycling for collection and other relevant information.

He said the next steps would include meeting with other stakeholders such as their contractors to discuss the project moving forward.

“Getting the buy-in from our contractors will be integral to the success of this project. At the end of the day it’s going to be a win-win for the region as a whole,” he said.

He said following the pilot project, an evaluation would be done to assess the success of the project and any needed improvements.

Following this, the rollout of the curbside collection project would begin in earnest.

He said if all goes well, the DMRC hopes to launch the project by the beginning of the second quarter this year.

He said it’s the beginning of a new culture towards sustainable living.

“It’s a lot of work but there’s a bigger picture here. We need to educate the residents, we need to move towards a more environmentally aware and responsible society, not just because that’s the direction the world is going but we have seen in this country… cases of flooding, and we’ve seen how plastics have had a part to play in that.”

“This project will hopefully lead to creating a culture of recycling, which also has economic benefits further down the line.”

“All of this impacts on our environment in our region and I think it’s the most reasonable and prudent decision for our council, and I hope we get buy-in from the stakeholders of this project,” he said.

So far, curbside recycling has been launched in the following areas:

The public can contact their municipal corporation for details on pick up sites and scheduling.

Guidelines are as follows

2. Bag recyclables preferably in a translucent bag (for easy identification)

3. Deposit the full bag of recyclable beverage containers at the nearest public collection site (no sorting required / no need to remove labels or caps).