Curepe residents to be evicted, had 'ample time', Ministry says 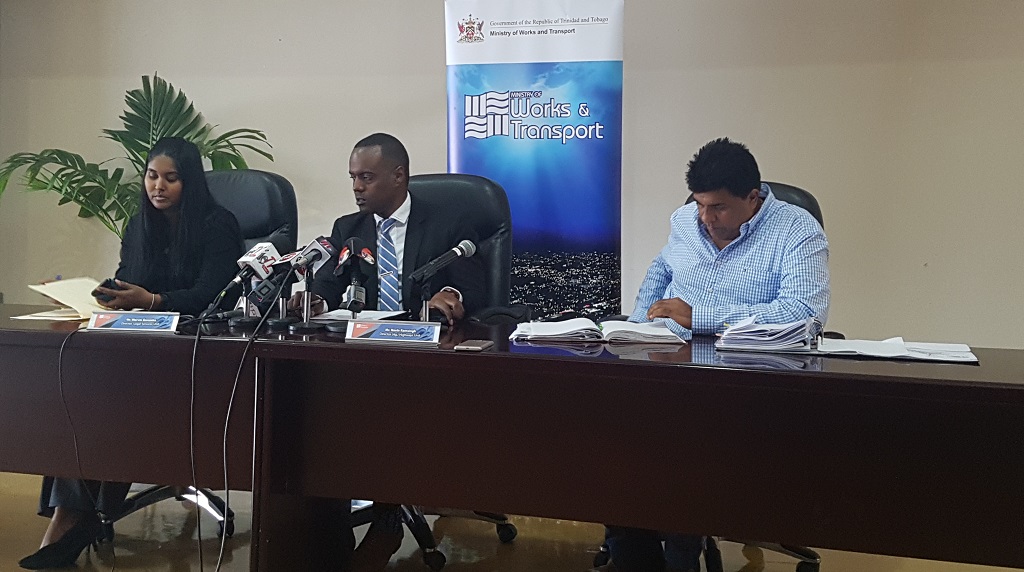 The Ministry said Marshalls of the High  Court have been sent to evict five homeowners after negotiations concerning settlements for the sale of their lands for the Curepe interchange project fell through.

In a media briefing on January 8, 2019, the Director of the Highways Unit at the Ministry of Works and Transport, Navin Ramsingh, said the Ministry has exhausted 'all possible avenues' of reaching an agreement.

"As of January 8, 2019, the Minister of Works and Transport will now exercise his powers under the Land Acquisition Act to sign warrants and forward same to the Marshall of the High Court today, ordering that the five remaining residents be put out of possession of their properties."

The Ministry said it allowed two sets of Section 4 Orders to lapse in order to give the residents the time to negotiate their claims and also paid for an independent valuer to appraise the properties, who said the offers submitted by the Commissioner of Valuations were within current market rates.

"To date, the Ministry has exhausted all possible avenues to allow for just and reasonable solutions to reach a mutually beneficial settlement."

"As the public is aware, the acquisition of land is crucial for the successful implementation of this project. The acquisition process is guided by the Land Acquisition Act and has been marred by many challenges for the Government of Trinidad and Tobago."

"Over the past four years the Ministry of Works and Transport has exercised constraint and patience with the residents who have failed to submit reasonable claims for compensation. According to the Commissioner of Valuations Division, residents have submitted claims that are 300% higher than the official value of their properties, and very few claims have been submitted with sufficient supporting evidence to justify the claims being made."

The Ministry said it has 'exercised restraint' and accused residents of using 'delay tactics'.

"The residents have utilised many delay tactics to prevent the Land Acquisition process from progressing. The residents have fired their own legal representatives and requested more time to engage new attorneys."

"They have asked for time to make applications to the Town and Country Planning Division (TCPD) for a change of use for their lands in order to escalate their values. Where such application was denied, they requested additional time to pursue appeals to the said TCPD. They have even asked for time in order to celebrate religious holidays etc. This process is ongoing since 2013 and no effort was spared to arrive at an amicable resolution with just a small fraction of the residents."

"Despite these setbacks, the Ministry has refrained from exercising its powers of possession under the previous Section 4 Orders, to allow the residents sufficient time to complete their negotiations," the Ministry said.

The Ministry said residents would have received lands provided for them at Caroni Settlement, however with this development, they will no longer be entitled to those lands.

"The affected residents all have the right to make an application for 80 percent of the estimate by the Commissioner of Valuations so that they can...continue the negotiation process. They have been advised of that since 2016 and very few, probably two or three, made use of the advanced payment they're entitled to under the Land Acquisition Act."

"The remaining residents that we're referring to currently, none of them made any attempt to request 80 percent advanced payment."

"The state also made several parcels of land available in the Frederick Settlement area...in the event that they would make use of it. The policy decision was that the value of the land would be deducted from the total compensation they're entitled to...they requested it, they wanted to remain together as a community."

"Access to that land is conditional upon residents arriving as a group at an amicable resolution. The unfortunate thing is that now that the Ministry is seeking to invoke...to take possession, the affected residents may no longer be entitled to that parcel of land in Caroni," Ramsingh said.

The land, comprising of 22 parcels, is needed for the construction of a flyover at the intersection of the Southern Main Road (SMR) and the Churchill Roosevelt Highway (CRH) and has been the subject of a legal battle since 2013.

The Ministry said the project is also costing 'millions of dollars' due to costs being paid to the contractor hired for the project.

The Ministry said the project will bring 'much-needed relief' to motorists.

In 2013, Cabinet agreed to the acquisition of 22 parcels of land for the construction of the Curepe interchange. The parcels have since been updated to 37 and include properties that are residential, commercial, agricultural, state-owned or privately owned.

The Ministry said the Land Acquisition Act entails a two-step process that entails serving a Section 3 notice of intended acquisition, followed by a Section 4 order which empowers the State to enter and take possession of the properties within six months of serving the notice.

The Section 3 notice allowed the Ministry to enter the properties to carry out preliminary works for ‘investigative purposes’.

The Ministry said a Section 3 notice published in the T&T Gazette on August 2013 and September 4 established that government followed due process.

The Ministry said Section 4 orders were served between August and September 2017 to residents and again in May 2018 after the initial time period for taking possession of the properties by the state had lapsed.

The Ministry said it wrote the affected landowners informing them of Legal Notice #181 and said all landowners signed that they had received the letters.

The Ministry claimed that landowners have ‘failed to comply with the legal process and submit claims, along with valuation evidence” and that landowners ‘refused’ to submit their declarations to the Board of Inland Revenue to support their claims for compensation.

However landowners said in September 2018 that no one had been compensated for their land, either through private treaty or compulsory acquisition, and called for a halt to the proceedings.

Residents said their properties had been evaluated by chartered valuators from the Royal Institute of Chartered Surveyors (RICS), the names of which had been provided to them by the government.

Residents said after being initially contacted by the Ministry in 2013, they were not appraised of developments on the project until 2017 when the Ministry officially commenced negotiations with them.