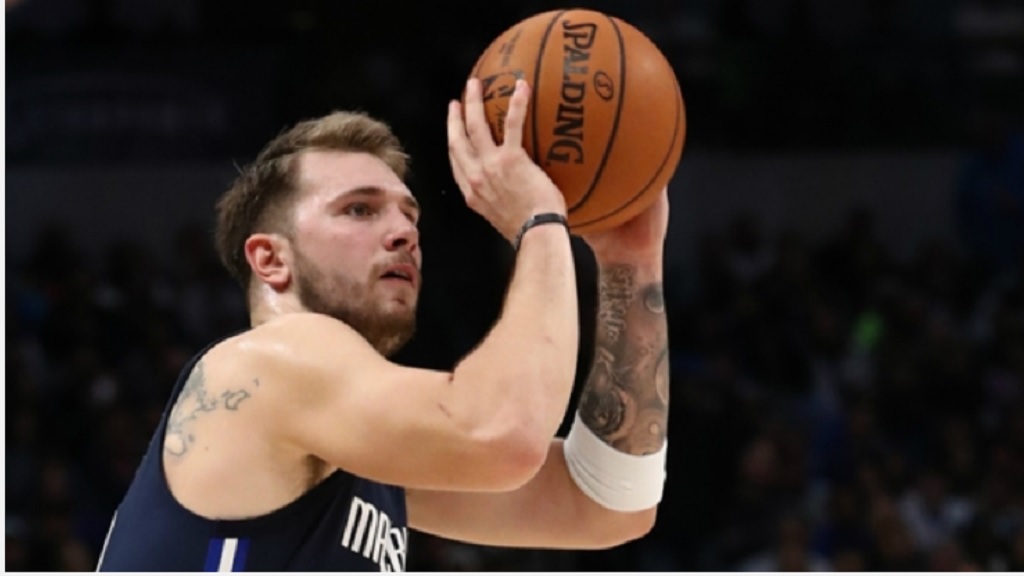 Luka Doncic recorded a remarkable triple-double as the Dallas Mavericks demolished the Golden State Warriors 142-94 in the NBA.

Doncic showed no mercy with 35 points, 11 assists and 10 rebounds in just 25 minutes of action on Wednesday.

The second-year guard had 22 points, five assists and five rebounds after the first quarter alone in Dallas midweek.

Doncic – who was coming off a 40-point triple-double on Monday – has an NBA-best seven triple-doubles through 14 games for the Mavs (9-5) this season.

The struggling Warriors (3-13) were led by Eric Paschall's 22 points on the road.

Kawhi Leonard and Paul George took to the court for the first time together as the Los Angeles Clippers outlasted the Boston Celtics 107-104 in overtime.

Injuries to both players postponed the star Clippers recruits from playing together, however, that changed on Wednesday.

George had 25 points and eight assists, while Leonard – back from injury – finished with 17 points in Los Angeles, while Jayson Tatum scored 30 points.

Giannis Antetokounmpo put up 33 points and 11 rebounds in the Milwaukee Bucks' 135-127 victory against the Atlanta Hawks. Eric Bledsoe had 28 of his own as the Bucks won their fifth consecutive game.

James Harden (27) and Russell Westbrook (25) combined for 52 points, while Clint Capela posted 12 points and 21 rebounds but the Houston Rockets still lost 105-95 to the Denver Nuggets.

Jarrett Allen's 22 points and 17 rebounds led the Brooklyn Nets past the Charlotte Hornets 101-91.

The San Antonio Spurs are in freefall. Gregg Popovich's team dropped their seventh straight game – a 138-132 loss to the Washington Wizards. It is San Antonio's worst streak since 1996-97.

Yes, you read that right. Ben Simmons nailed his first three-pointer in the NBA. After 17 unsuccessful attempts, the Philadelphia 76ers guard ended his drought in the opening quarter of his team's 109-104 win over the New York Knicks.

The Bucks (11-3) will back up when they welcome Carmelo Anthony and the Portland Trail Blazers (5-10) to Milwaukee on Thursday. Anthony made his debut last time out and will be looking to make more of an impact against the high-flying Bucks.