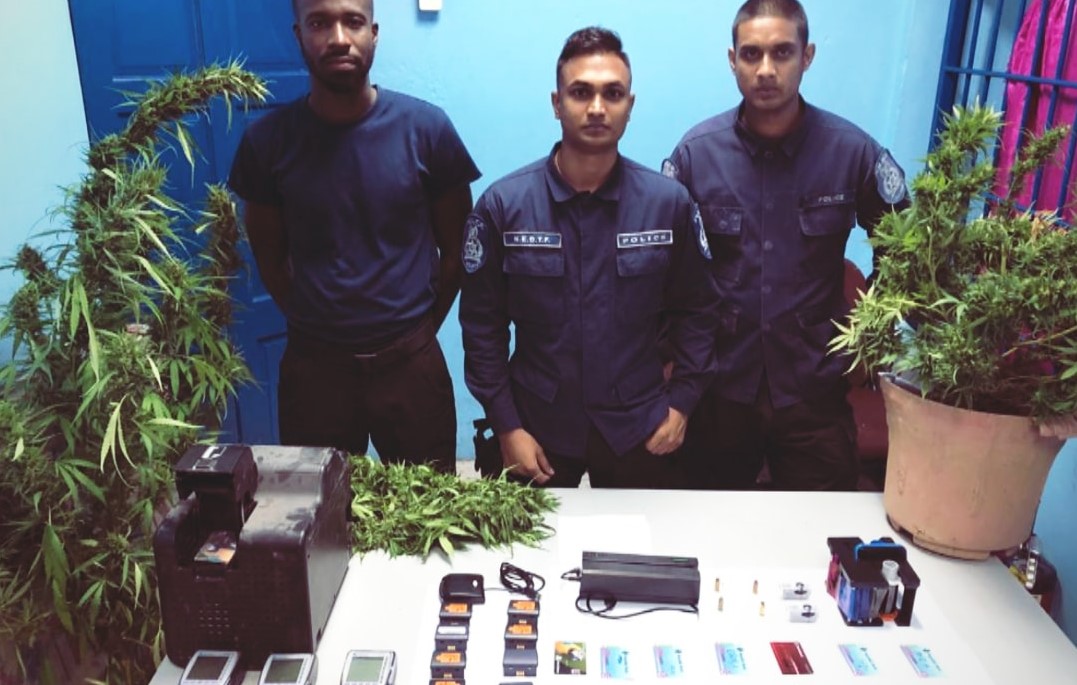 Card skimming devices, debit cards, ammunition, and marijuana trees, were all seized during a police exercise on Tuesday morning.

One man, said to be the manager of a ‘well-known local dancehall artist from Beetham Gardens’, has been detained.

The exercise took place at about 5am and was spearheaded by officers of the North Eastern Division’s Task Force, The canine branch, and the Fraud Squad ABM Task force.

It was supervised by Snr Sup Phillip, with assistance from Sgt Martin, Cpl's Daniel, Duncan, Majeed, Nowbutt, and Pc's Mieres, Dass, and Moonesar, among others.

The officers executed search warrants at a house in Morvant, and a dozen card skimming devices were recovered, 14 counterfeit cards, and four rounds of ammunition were found and seized.  At a nearby location, 40 fully grown marijuana trees were found and destroyed.