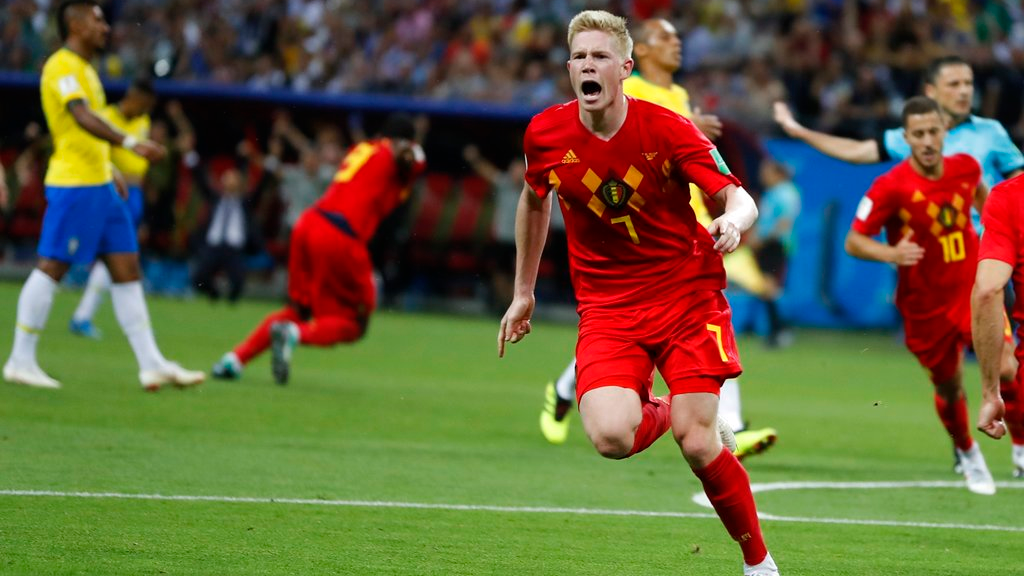 The Belgium international scored 16 goals and provided 23 assists in all competitions, equalling Thierry Henry's record of 20 assists in a single Premier League season.

De Bruyne, who is the first City player to win the coveted top prize, said: “It’s a huge honour. To be voted for by your colleagues and competitors from other teams who you play against and they vote for you for best player is amazing.

"It's strange that I'm the first one at City given all the good players that have played here before and who are still playing here, but it's nice to represent the club.

"I think it is [the ultimate honour] because you compete against them, they want to win the trophies, they want to be the best. When they vote for you, and it’s everyone who is voting not just a few players, that means you’ve done really well during the season."

De Bruyne's City boss Pep Guardiola added: "To win this award is an outstanding achievement, and Kevin is so deserving of it.

"To be recognised by other players is the most that any footballer can ask for, because they understand not only what it is to compete against you, but also the level of commitment it takes to play at the very top.

"There have been many great players in this club’s history, especially over the last decade working with Roberto [Mancini], Manuel [Pellegrini] and myself. We have won many titles, but Kevin is the first to receive this prestigious award. This recognition is also a tribute to all the fantastic players who have come before him.

"We are so proud of Kevin and this will only strengthen what he means to this club and our fans. From all the players, coaches and staff at Manchester City, I would like to congratulate him."

De Bruyne features in the PFA Team of the Year, alongside his four fellow nominees from Liverpool and ex-City team-mate David Silva, who brought down the curtain on 10 decorated years at the Etihad Stadium last season.