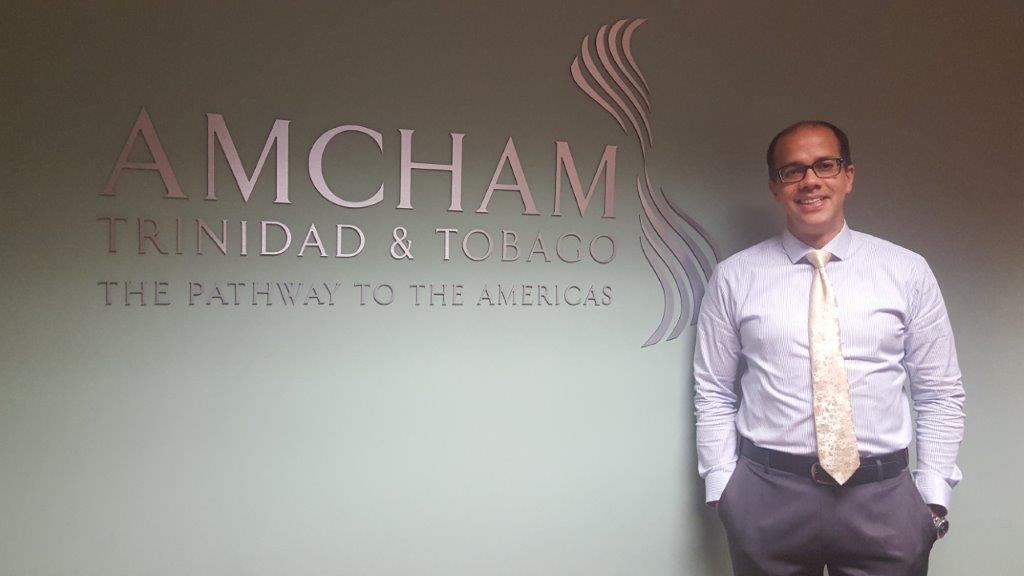 Better engagement with stakeholders and government, the establishment of fiscal rules and improved labour relations are just a few of the items on the agenda for President of the American Chamber of Commerce Trinidad and Tobago (AMCHAM T&T) Mitchell De Silva.

Elected the business chamber’s fourteenth President at its Annual General Meeting at the Hilton Trinidad Conference Centre May 11, 2017, De Silva’s first order of business is pressing the Government to adopt fiscal rules.

The establishment of fiscal rules entail legislative measures that place a constraint on fiscal policy through limits on budget aggregates to ensure fiscal responsibility and debt sustainability.

The AMCHAM T&T President explained that establishing and putting into practice such a policy would act as a check to what the Government can and cannot spend in any one particular year.

“It really tries to wed you to the discipline of making sure you don’t spend more than you earn, not that it’s not possible when you run a country, because at the end of the day, deficits will occur. The question is, what are you running a deficit for? If you are running a deficit for recurrent expenditure, fiscal rules will want to clamp down on that.

If you’re running a deficit for capital expenditure and infrastructure building, fiscal rules will make some accommodation for that. Fiscal rules will also allow you in the event of an emergency – God forbid if there’s a natural disaster and the Government has to take action to remedy a situation but it results in a deficit, the rules will be relaxed to allow that.

So fiscal rules, very broadly speaking is about discipline which is what we want to see more of in T&T.”

Jamaica and Grenada have already gone this route, on the advice of the International Monetary Fund (IMF).

De Silva believes T&T should be proactive in implementing fiscal rules as a means of addressing the current fiscal situation.

In terms of the fiscal deficit, he noted that the country cannot continue with its current rate of expenditure given declining revenue due to a depressed energy environment and stressed the need for the narrowing of that gap.

The AMCHAM T&T President was slightly critical of Government’s efforts thus far to curtail expenditure, but acknowledged that it was no easy task for Finance Minister Colm Imbert to execute given the current economic climate.

“There have been some efforts, for example the Minister mentioned that they spent $10 billion less than projected. We have to get the details of that statement because oftentimes we know that money isn’t spent because of bureaucracy, so that’s not really a true statement.

But I think the Minister has tried diligently to alert the population to how difficult things are and why the gap exists.”

But, the upcoming budget cycle, he said, would be the litmus test to show how significantly Government is able to raise revenue and manage expenditure.

While there are certain expenditures such as subsidised electricity and water rates that would be difficult to cut due to the unease it could cause within the population, De Silva said it may become necessary to look at budget cuts in these areas.

“The reality is that we may have no choice, and that’s the difficult conversation he has to have with the population and we as a Chamber have to articulate,” he added.

Regarding the business chamber’s interaction with the labour movement, De Silva admitted that that relationship is factured.

However, he said it is one of the things he wants to tackle.

“AMCHAM is a member of NTAC, our CEO sits on that board, and labour is supposed to be part of that initiative but labour has not been at meetings for some time. We need to understand why and how we bring them back to the table.

Because, if we continue with the disengagement that we have today, we are not going to see any improvement.

He said while there will be differences, with the onset of the age of technology there needs to be an understanding between the business sector and labour, particularly where that “disruptive” new machinery will likely have impact.

“So AMCHAM is not about telling the unions ‘you are no longer relevant’. They are very, very relevant. But we have to understand in the current context what is our joint relevance, and how do we as different bodies come together to make sure that the interest of the company is paramount so that we move forward in a particular way with an understanding.”

He recognised, however, that there is a need to sit with the Unions and attempt to repair the existing relationship.

The AMCHAM T&T President said he intends to meet with labour representatives to begin a conversation on the strengthening of their relationship.

“But what we have to figure out is at the start of a large objective what incremental steps can we take, that will over time get us to that place.

The labour relations issue is not going to be resolved under my presidency…but I’d like to think that we can start working towards it during my two year time.”

De Silva is also keen on the business chamber improving its relations with Government, rebuilding and reestablishing connections where necessary.