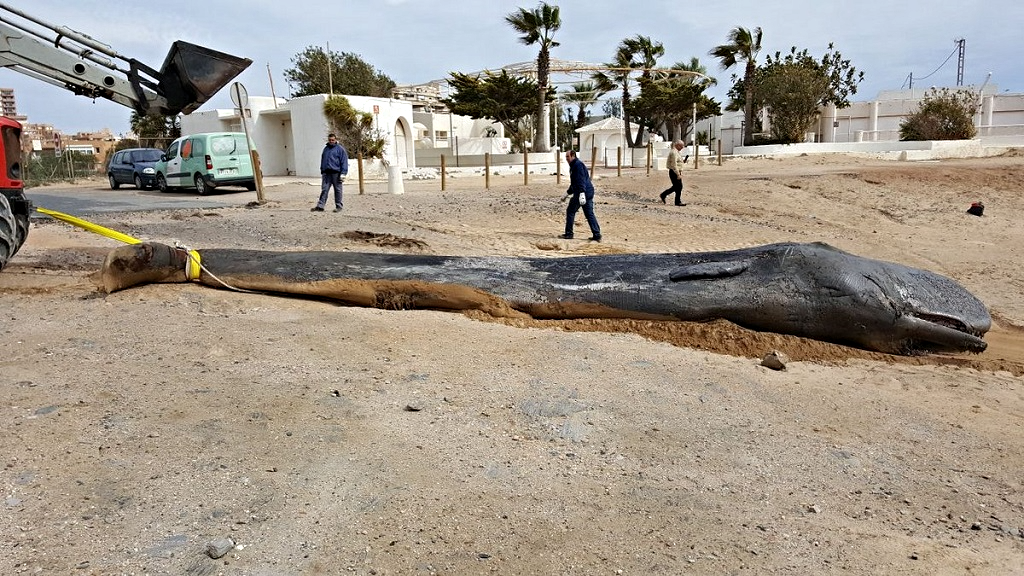 A male sperm whale found dead with 64 pounds of plastic in its stomach has led to the launch of a clean seas campaign in Murcia, Spain.

According to a report by The Local, the whale, whose carcass washed up on Cabo de Palo beach in Murcia in February, most likely died of an intestinal infection, called peritonitis, as it was unable to digest the wads of garbage.

An autopsy of the whale, which measures 10 metres in length and weighed six tonnes, showed it had 29 kilogrammes of plastic waste in its intestines.

Photos showed a mass of plastic rubbish including plastic bags, pieces of nets and ropes, and even a plastic drum. 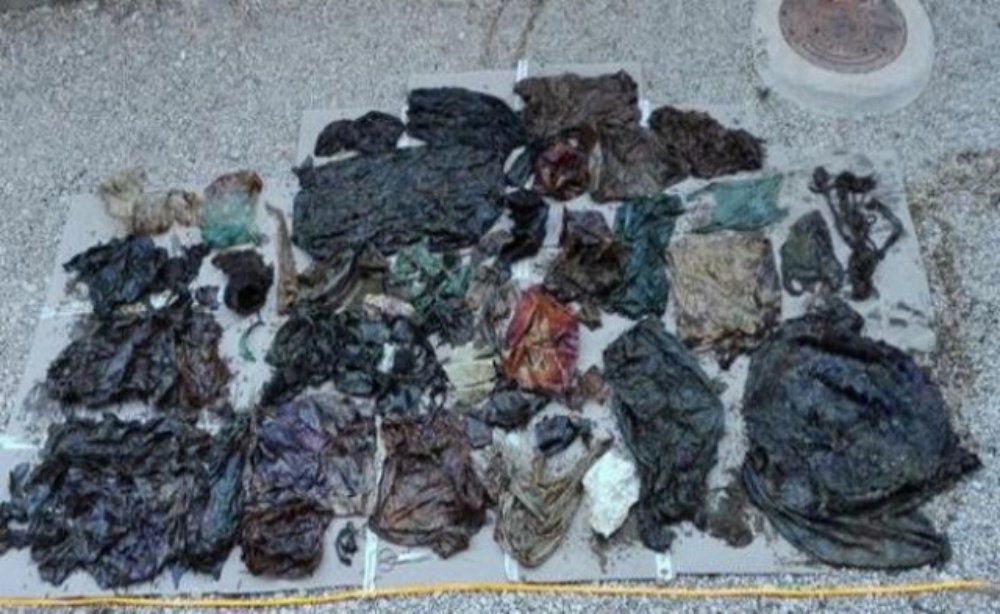 (Photo: 64 pounds of garbage which were found inside the intestines of a male sperm whale carcass in Spain.)

The discovery resulted in authorities launching a campaign to stop plastic pollution.

“The presence of plastics in seas and oceans is one of the greatest threats to the conservation of wildlife throughout the world, since many animals are trapped in the trash or ingest large amounts of plastics that end up causing their death,” said Consuelo Rosauro, director-general of the natural environment in the Murcian government.

“Many animals get trapped in the rubbish or ingest great quantities of plastics, which end up causing their death,” she added.

“The Murcia region is no stranger to this problem that we must tackle by way of clean-up actions and, above all, awareness of citizens.”

Under the new campaign, Spanish citizens will be encouraged to dispose of their garbage responsibly, and new research programmes will be designed in order to monitor the amount of plastic waste and its effect on marine life.

There are several environmentally protected sites along the coastline of Murcia as well as a few nesting sites for the endangered loggerhead turtle.

The campaign will also involve beach clean-ups along the coastline.