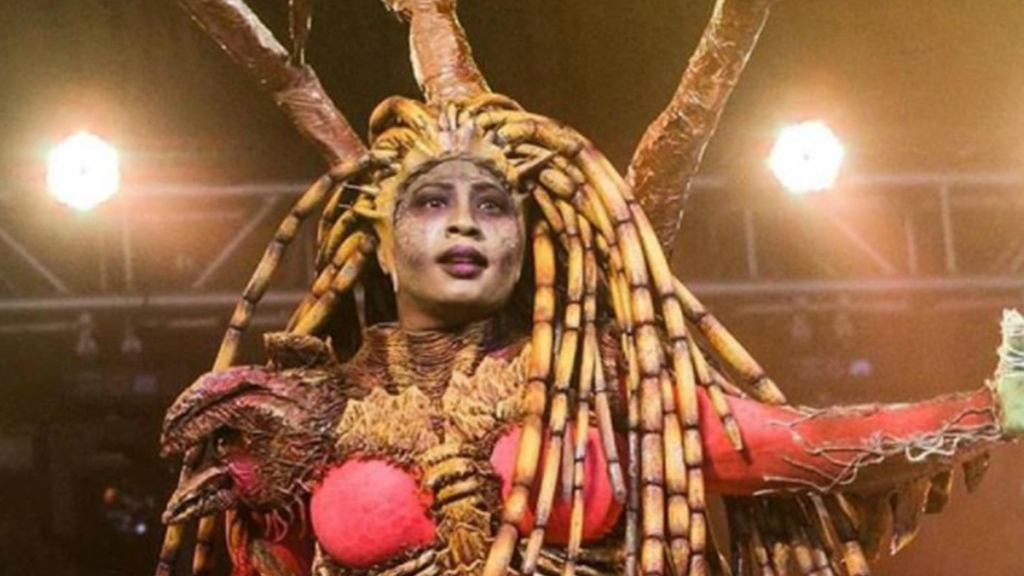 First winner of the Decibel Cosplay Competition, Apphia Pereira. Pereira blew everyone away in 2017 with her portrayal of Starcraft 'Queen of Blades', winning a scholarship to Cinema Makeup School in L.A.

The Decibel Expo team and The Lost Tribe have teamed up to give an up-and-coming creative the opportunity to showcase their talent on the stage for the Greatest Show on Earth.

Following the massive participation and creativity coming out of the inaugural Decibel Cosplay competition in 2017, this year's prizes include an internship at The Lost Tribe under the tutelage of Creative Director Valmiki Maharaj.

The announcement was made on Tuesday at the Decibel 2018 launch.

Maharaj was invited to judge 2017's competition by Decibel's founder, Simon Baptiste. Speaking at the launch, Maharaj said that Simon reached out to him, indicating that cosplay was the closest thing to traditional mas; it was popular and a fresh way to bridge the gap to a local art form that might be fading with the youth and culture.

“It was an experience that I found more than exciting. I found it so inspiring, I was able to interact with a group of young people who reminded me of myself. When I was able to not just judge but actually see the final product of these costumes [quality of detail and handiwork], I got excited thinking about endless possibilities," Maharaj said.

Last year's cosplay winner wasApphia Pereira who blew everyone away with her portrayal of  Starcraft 'Queen of Blades', winning a scholarship to the world-renowned Cinema Makeup School in L.A. This year's competition is themed "Heroes vs. Villains" and has over US$40,000 in prizes.

The internship will include access to the day-to-day activities in the world of Carnival; understanding the business of carnival as well as being "exposed to the process of idea to concept to carnival, culminating in seeing their costume displayed on the road for Carnival 2019."

Details of the competition are still to come, however, all interested participants should visit CosplayTT.com for updates.

The Decibel Conference and Entertainment Expo will be hosted from May 3 - May 6 at Queen's Hall.

Passes for the Entertainment Festival are already limited and on sale for $200 at TicketGateway.com.