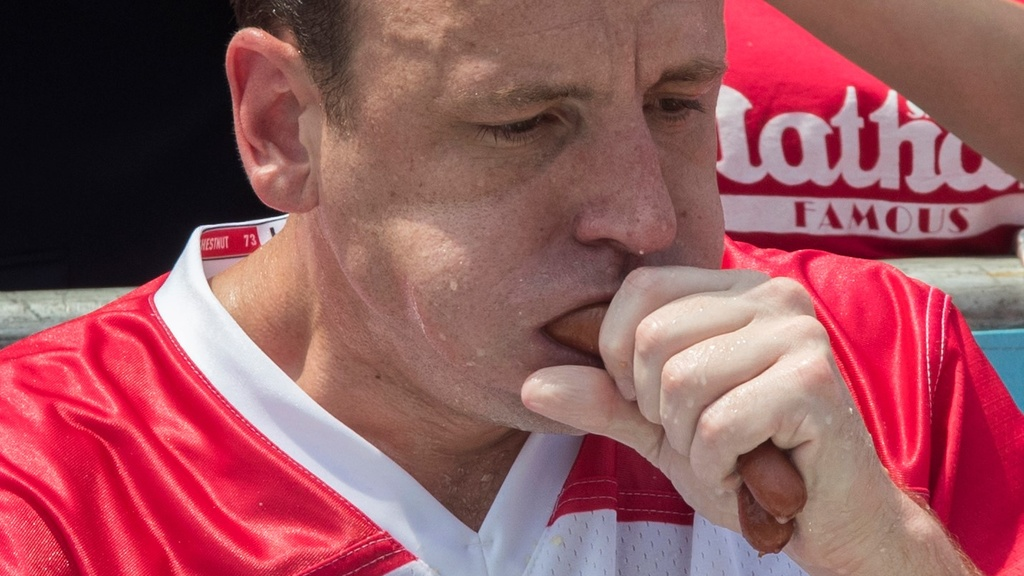 Miki Sudo held on to her title as the top women's competitor at the annual Brooklyn eat-off, chomping 37 franks and buns to take home the top prize for an unprecedented fifth consecutive year.

Chestnut said he was "feeling good."

"I found a vicious rhythm," the 34-year-old Chestnut said after the stuffing session.

But while Chestnut ate 10 more dogs and buns than second-place finisher Carmen Cincotti, a judging error cast initial doubt over their totals after jurists didn't see the eaters were taking the dogs and buns from two plates. 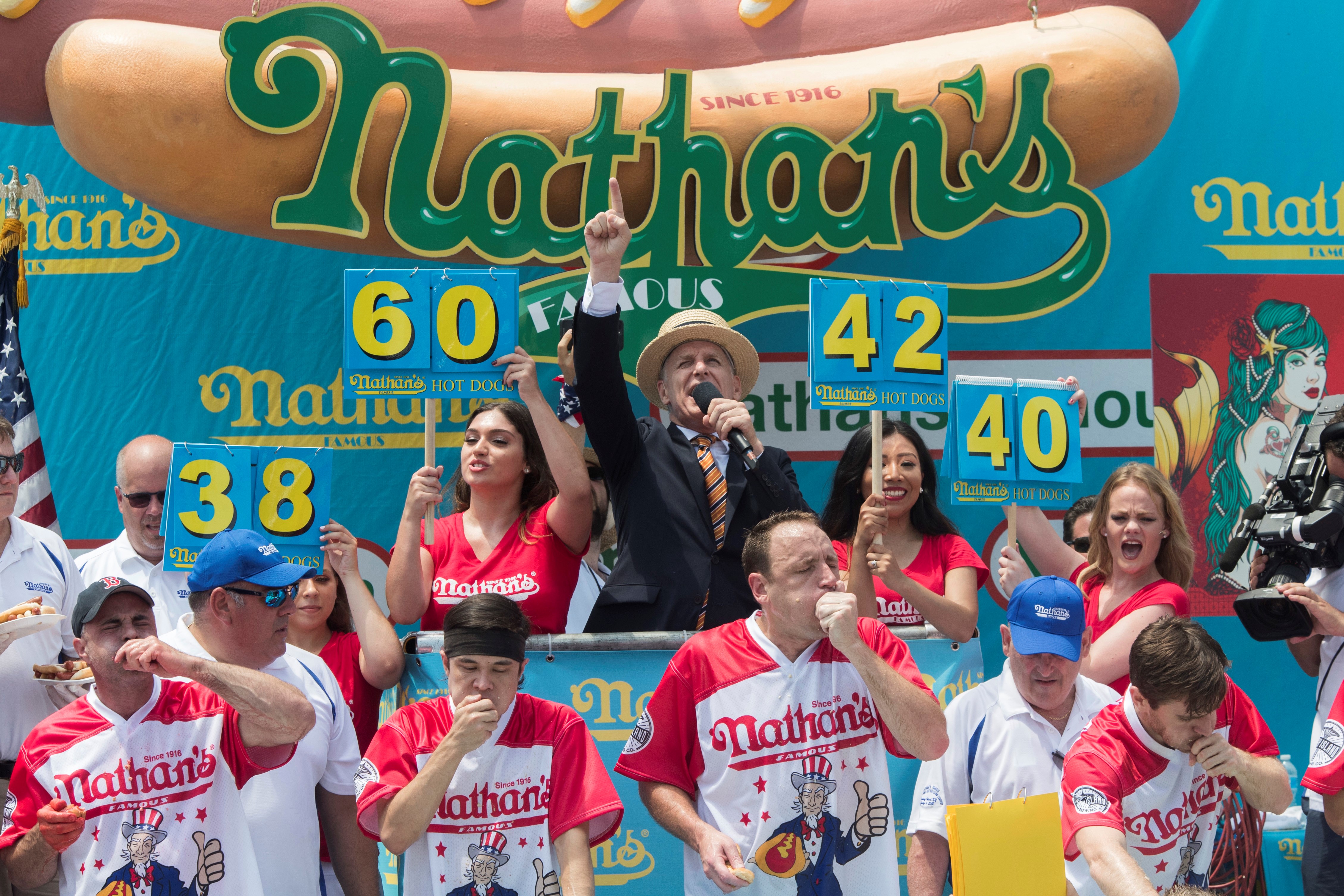 "At the end of the day, Joey Chestnut came in here and ate 74 hot dogs, broke a world record," said Cincotti, who celebrated his 26th birthday on Wednesday. "Apparently they were good dogs."

Sudo fell short of the 41 hot dogs she consumed last year but easily beat out second-place finisher Mischelle Lesco, of Tucson, Arizona, who chowed down 28 wieners and buns.

Thousands of attendees, many donning mustard-colored hot dog caps, braved 83-degree temperatures and a heat index of 91 degrees to witness the annual July Fourth competition on the Coney Island boardwalk. The outlandish tradition dates to 1972, though the company has long promoted what a former president acknowledged was a legendary start date of 1916.

"We are trying to knock something off my hubby's bucket list," she said.

For Bourdain, food was a storytelling tool and a passport