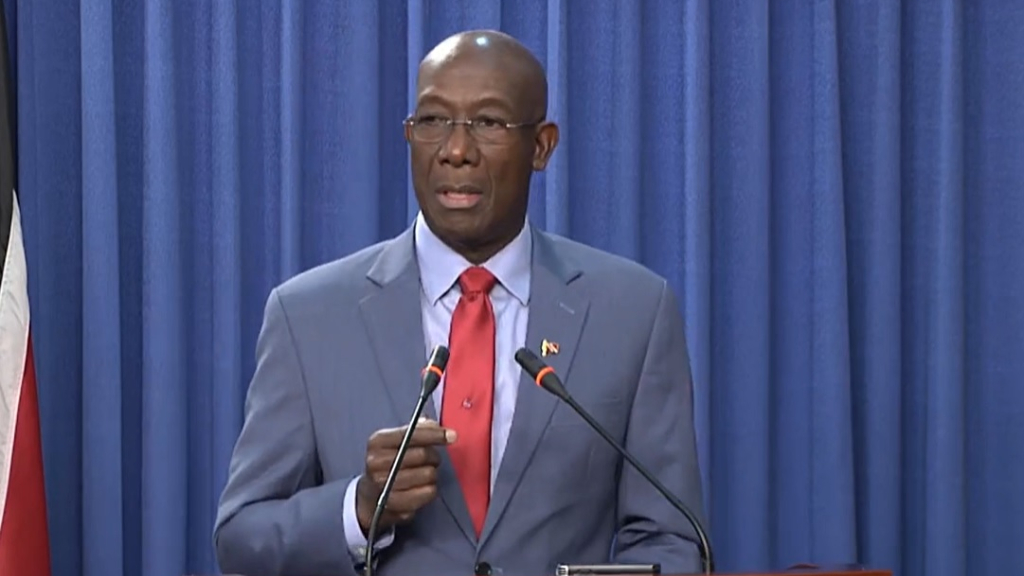 Prime Minister Dr Keith Rowley has responded to Opposition Leader Kamla Persad-Bissessar, who called on him to come clean on the true state of a possible 'illegitimate' fuel shipment to Venezuela.

It follows newspaper reports that this country may face sanctions by the United States over a fuel shipment linked to the neighbouring country.

Describing Persad-Bissessar as a 'dangerously delusional woman', the Prime Minister accused her of scaremongering and giving light to a rumour that Trinidad and Tobago has broken US sanctions.

Rowley issued a statement late on Friday night, in which he addressed the Opposition Leader's 'rant'.

"For the Opposition Leader to be out front in scaremongering and giving life to rumour that Trinidad and Tobago has dangerously broken US sanctions against Venezuela and we have failed to answer allegations of that nature is as low as Mrs Persad-Bissessar has ever gone."

Seeking to set the record straight, Rowley reminded that on Wednesday in the Parliament, he answered a UNC question and denied any knowledge of T&T fuel business making any sales to Venezuela.

The Energy Minister, he noted also responded saying that the Government sold fuel to Aruba and cannot be held responsible for the end user of the product.

"Notwithstanding all of this the Opposition Leader in her desperation for relevance is fueling unfounded allegations against her own country in the hope that it will result in damaging sanctions which would destroy our economy and our friendly relationship with the United States.

She invites cancellation of visas and a destruction of our economy in support of her Venezuelan President of choice even as her country steadfastly rely on the rules-based Charter of the United Nations."

The Prime Minister added that the Opposition Leader has not only undermined the country’s foreign policy but has invited others.

"If this country had any doubt about who Mrs Persad-Bissessar is and whose interest she serves as Opposition Leader all one has to do is take this disturbing rant for what it is, the dishonest last gasp and gamble of a dangerously delusional woman who will sacrifice her country for a chance at the polls."

TTCG intercepts another vessel crossing border from Venezuela into T&T