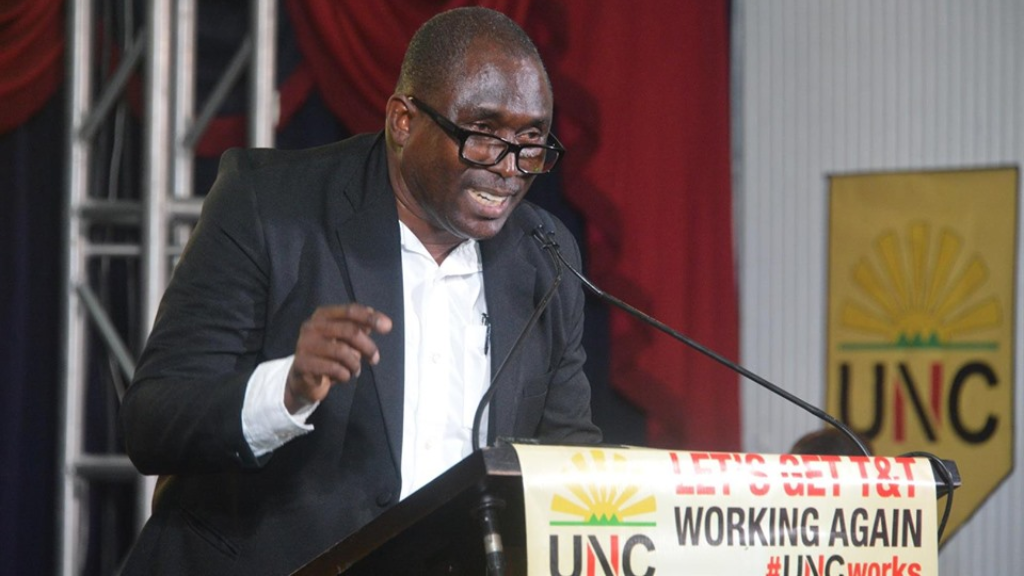 Former Intelligence Director at the Strategic Services Agency (SSA) Carlton Dennie is denying that he ever accused Prime Minister Dr Keith Rowley of instructing him to fire all persons of East Indian descent from the agency.

Dennie, who now refers to himself as a "budding politician", caused a furore on Monday when he mounted a United National Congress (UNC) platform and leveled accusations of racial cleansing at the SSA.

“I am the person that they asked to fire all the East Indians from the SSA and I told them that I am not doing that. This made the daily newspapers. I reminded Keith Rowley and then minister of national security (Edmund Dillion) that in this country, every creed and race must find an equal place. I told them no, I am not firing any East Indian."

Rowley has since denied the claims and strongly condemned what he described as an attempt to create racial discord in the country.

However, speaking during a news conference at the Chancellor Hotel on Thursday, Dennie denied ever implicating the Prime Minister or Dillon (now Minister of Housing) saying his comments "could have a double meaning".

"I said that I served under four different heads of national security council," he stated.

Dennie said a person by the name of Matthew Andrews, a former interim director of the agency, was the person who asked him to assist him in firing Indo-Trinidadian employees.

He said he then told Andrews to tell "them" that he would not do it.

"If the PM takes that to mean him, then so be it."

He said he assumed Andrews took his instructions from "higher ups".

"Persons at the bottom cannot give Matthew Andrews those instructions."

Dennie said it was not the first time he spoke publicly on the issue but he questioned why the government rushed to respond this time.

Dennie said the matter was not one of racism but about standing up for what is right.

He likened himself to biblical figure David fighting against Goliath.

"I am confident that what I am doing is morally and spiritually correct."

Dennie proceeded to call out the names of persons who were fired from the SSA and pointed out that they were Indo-Trinidadian names.

Dennie also expressed resentment over the manner in which he was dismissed saying after devoting over 37 years of his life to national security, it was a stain on his record to have been fired in that manner.

"Tell me who is going to employ me? I cannot get around this."

Addressing a viral video that surfaced on social media yesterday, Dennie admitted that he was indeed the person shown scaling a fence at the SSA.

However he denied that he was escaping after tampering with security apparatus as was implied.

He said he wanted to leave but was not allowed to because the Agency wanted him to turn over his cellphone. He said it was his personal cellphone and he refused to turn it over. He claimed security officers advised him to climb over the fence and so he did just that.

"If that was an escape from Alcatraz, well alright."

Questioned why he chose to raise the issue again on a political platform, Dennie admitted that he has political aspirations.

"I want to go into the Parliament," he declared.

"If the Opposition Leader offers me anything in politics, I am going to take it...Look forward to seeing me on any platform."

Asked if he received any inducements for speaking at the UNC Monday Night Forum, Dennie said no.

Dennie however acknowledged that the SSA has a code of confidentiality to prevent agency information from being released to the public.

The government is now exploring whether legal action can be taken against Dennie for breach of the confidentiality provisions.

Dennie said he is not fearful of court action.