Like Destiny's Child, Fifth Harmony survives after the storm 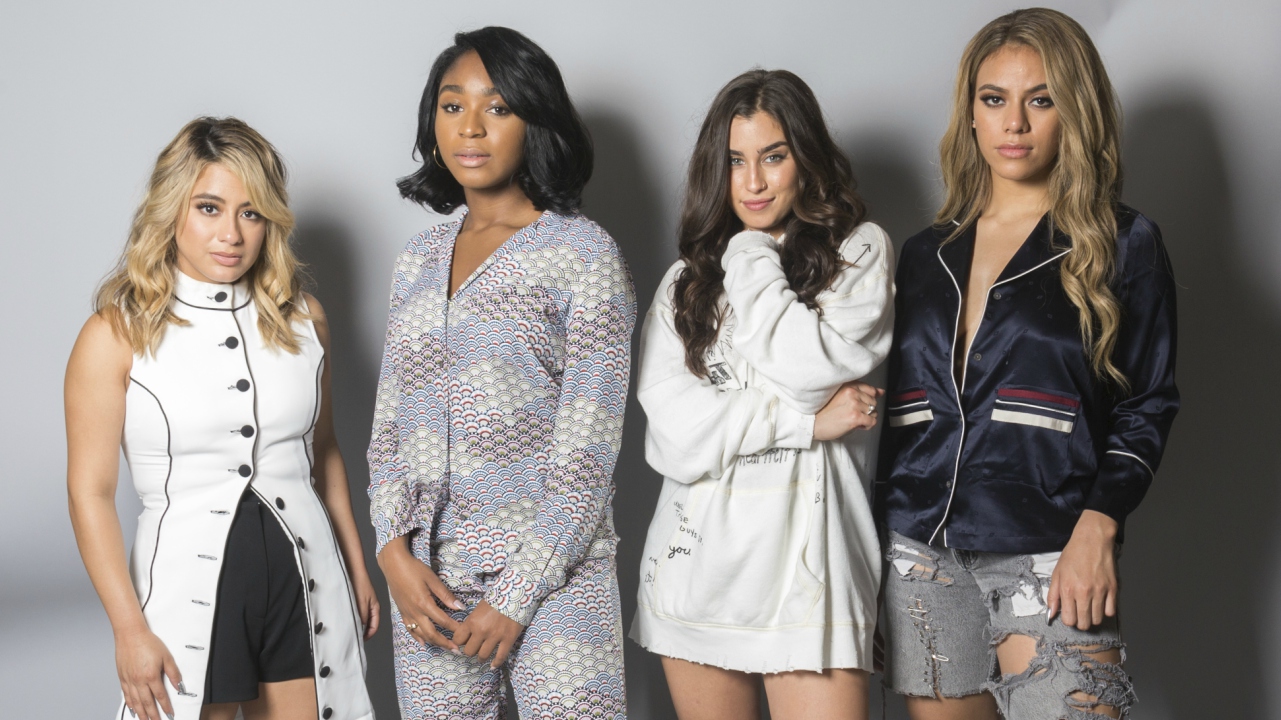 In this Aug. 24, 2017 photo, members of Fifth Harmony, from left, Ally Brooke, Normani Kordei, Lauren Jauregui and Dinah Jane pose for a portrait in Los Angeles to promote their self-titled album. (AP Photo)

It's been a year of transition for Fifth Harmony: The pop stars parted ways with member Camila Cabello, switched management teams, negotiated a new contract with their label and won greater creative control of their brand.

Luckily the newly-minted quartet, who released their third album last week, had the fairy godmother of girl groups to guide them through the tumultuous times: Destiny's Child alum Kelly Rowland.

"We were advised by THE Kelly Rowland," Dinah Jane, 20, said with reverence. "She just told us to, like, let the music speak for itself ... and just know your worth, believe in yourself and just be there for each other. So we've definitely honed into that. And for her to advise that, like, that says a lot because, you know, she's gone through the same things."

"And she said that she was really proud of us," beamed Normani Kordei, 21.

Destiny's Child went through similar changes before settling on the final and most famous formation, the trio of Rowland, Beyonce Knowles and Michelle Williams.

Fifth Harmony said they looked to the "Bootylicious" hitmakers when deciding to fill the spot left by Cabello, who exited in December to pursue a solo career.

"We kept referencing that while we were in the moments of that whole thing happening. ... Like people, teams or whatever, suggesting, 'Oh maybe we get a fifth member?'" Lauren Jauregui, 21, recalled. "Like no, dude. If we're going to do this, it's the four of us. Period."

The group doubled down on that decision during Sunday's MTV Video Music Awards, where a stand-in fifth member was quickly tossed from the stage as they began to perform. The dance-heavy performance, which came two days after the release of their new album, was well-received and boosted sales of the single "Down." The girls also won best pop video for the song's video, which features rapper Gucci Mane.

Naming their third album after the group drives the point home — though they've downsized, they feel stronger than ever.

"(The album) is more edgy and mature, of course, but the most harmonious we've ever been," Jane said.

They say they are most comfortable now because they're in the driver's seat. They pushed for more creative control with their labels, Epic Records and Simon Cowell's Syco imprint, and sought legal counsel to gain ownership of the Fifth Harmony trademark.

Fifth Harmony was formed on the U.S. version of "The X Factor" in 2012. In 2015 they released their full-length debut, "Reflection," finding chart success with the upbeat hit, "Worth It." They reached greater heights with the slick and sexy song "Work from Home" — the lead single from last year's "7/27" — peaking at No. 4 on the Billboard Hot 100 chart.

But behind closed doors, the girls were struggling.

"There are just so many crazy things that happen behind-the-scenes. So many honestly horrific situations that happen and we had to step up and say, 'You know what? We demand the respect that we deserve,'" recalled Ally Brooke, 24. "We need to write on this album. We need to be part of that process and that's exactly what we did."

"Fifth Harmony" delivers more of the group's signature provocative pop/R&B sound along with an eclectic mix of messages. The women writhe on motel beds and showcase saucy parking lot dance sequences in the video for "Down." They touch on politics and encourage inclusivity in the uplifting album-closer "Bridges." And they issue a stern warning to those who misjudge them in the darker, F-bomb fueled "Angel," produced by Justin Bieber collaborator Poo Bear and grungy EDM star Skrillex.

"Honestly it's a breath of fresh air," said Kordei of the group's new dynamic. "We're just so grateful and we thank God, like, literally every single day."

"Even in those times where the storm was really, really heavy and we didn't know if it was going to end ... now I recognize what goodness actually feels like."