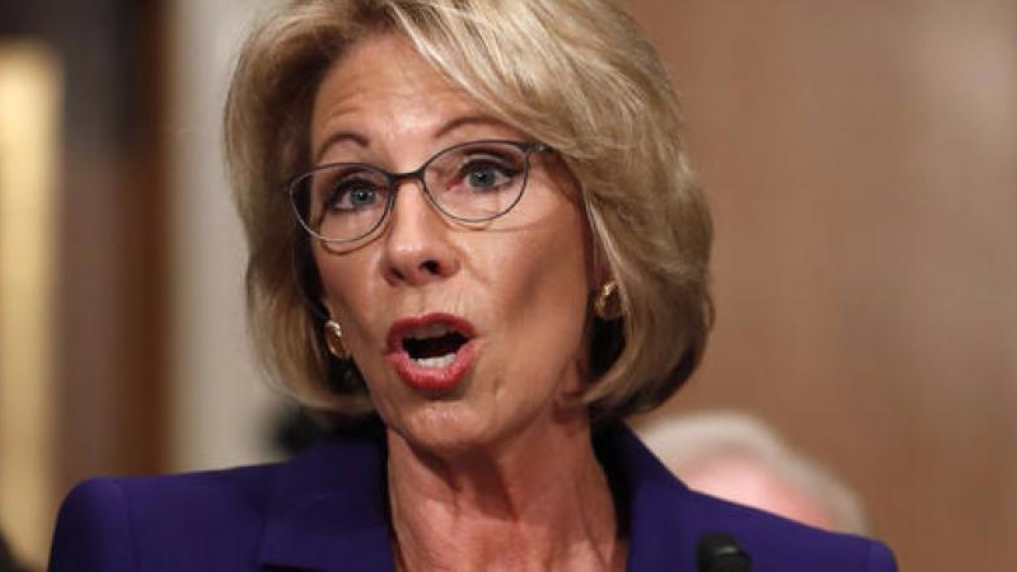 Education Secretary Betsy DeVos on Thursday declared that "the era of 'rule by letter' is over" as she announced plans to change the way colleges and university handle allegations of sexual violence on campus.

She said Obama administration rules established in 2011 to guide schools as they investigate and resolve complaints of assault have failed to protect students and done a "disservice to everyone involved."

"Instead of working with schools on behalf of students, the prior administration weaponized the Office for Civil Rights to work against schools and against students," she said in a speech at George Mason University.

Her comments signaled the possibility of a major shift in the way colleges enforce Title IX, the federal law that prohibits discrimination based on sex in education.

DeVos didn't detail how the rules will change. Instead, she said she would seek feedback from the public and universities, and develop new rules.

Debate has flared in recent years over the Obama-era rules, which reshaped how colleges enforce Title IX in cases of sexual assault.

The rules — set forth in a memo now known as the "Dear Colleague Letter" — told schools they must investigate and resolve all complaints of sexual assault, even if there is a separate criminal case. They also established what has become a polarizing standard of evidence used to judge cases.

Unlike in criminal courts, where guilt must be proved beyond a reasonable doubt, colleges were told to judge students based on whether it's "more likely than not" they committed the offense.

Some advocacy groups said the rules have protected victims and forced schools to confront problems long kept quiet. Opponents said the rules lean against students accused of sexual assault, and pressure colleges to take strong action against the accused. Dozens of students have sued schools alleging their due-process rights were violated.

In her speech, DeVos described "increasingly elaborate and confusing guidelines" that have harmed students on both sides of the debate. She criticized the standard of evidence and said the system has led schools to create "kangaroo courts" overseen by campus officials who don't always have legal training.

At the same time, she made clear that "acts of sexual misconduct are reprehensible, disgusting, and unacceptable" and must be addressed head-on.

"Never again will these acts only be whispered about in closed-off counseling rooms or swept under the rug," she pledged.

But she said the Obama guidelines for addressing complaints were burdensome and confusing.

Opponents of the Obama rules applauded the announcement and said it's a good sign that change is coming. Supporters said they fear it could set back years of improvement.

"It will discourage schools from taking steps to comply with the law — just at the moment when they are finally working to get it right," she said in a statement.

The speech drew about two dozen protesters who gathered outside the auditorium, including some women who said they were assaulted on their campuses. Among them was Meghan Downey, 22, a recent graduate from the College of William & Mary, who said she doesn't want the Trump administration to "attribute more validity to the voices of the accused."

The Latest: Irma sets record for 37 hours of super strength

Hurricane aid measure grows to $15B as Irma bears down