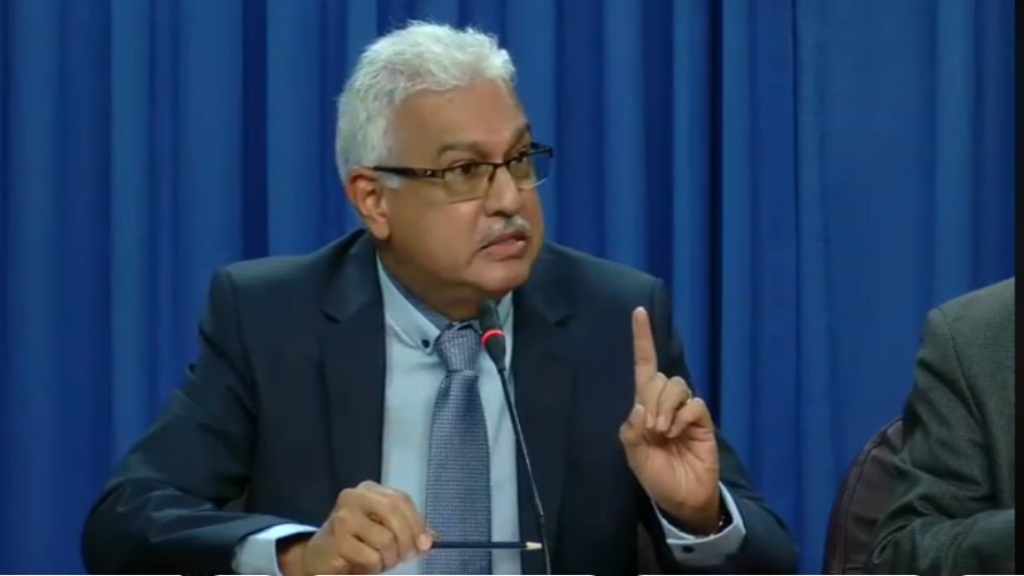 In a statement on Friday, Grenada's Ministry of Health stated that there were no known cases of the virus in at least four weeks in the country.

It said that all contact tracing was conducted on previously tested positive cases.

The Ministry added "it is now apparent that the virus has been in circulation, without detection."

Speaking at the virtual media briefing on Saturday, Deyalsingh said he has been in contact with Health Minister of Grenada Nicholas Steele.

"I was in conversation with my colleague, Nicholas Steele, the Minister of Health of Grenada this morning; and we are both concerned with this development. I could tell you that this has led to Minister Steele having to institute a tracing activity for 127 persons with which these three Trinidadians may have been in contact with in Grenada. These persons were in Grenada since March, and I would like to quote him, "they were all over the place, so they weren't quarantined." Both he and I feel this should be another warning to us not to become complacent."

The Health Minister said it is "a very worrying development."

"These three nationals will be retested on Monday...We are hoping that by Monday we can get a negative result. But right now we are treating them because of the results as positive cases. That is a very worrying development."

Mandatory quarantine for travellers to Grenada from high-risk regions