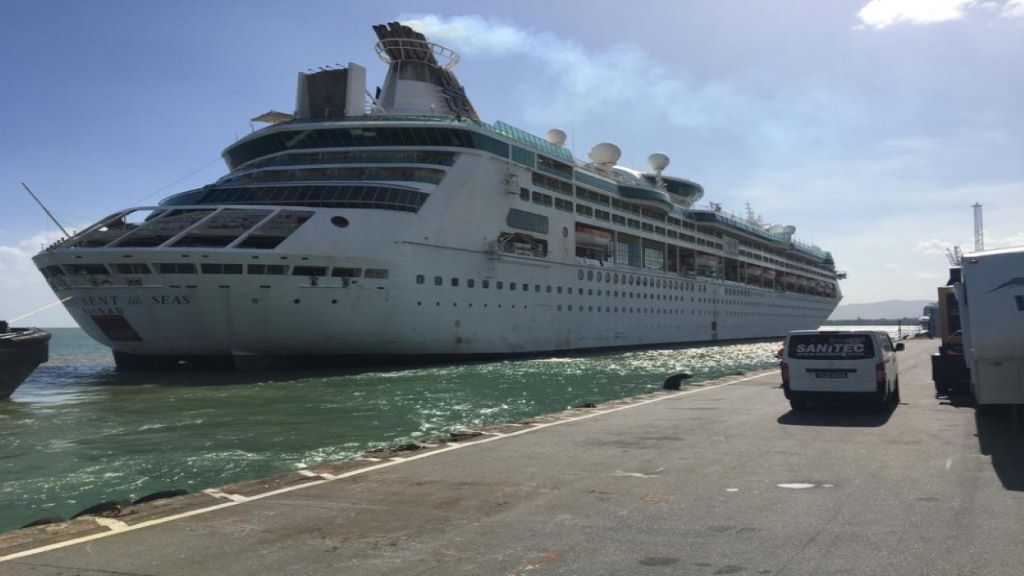 The Enchantment of the Seas

Minister of Health, Terrence Deyalsingh and Chief Medical Officer, Dr Roshan Parasram say that while they understand the anxiety attached to being in quarantine, especially extended quarantine, those coming from the cruise ship docked in Trinidad must follow all guidelines set for their return home.

Speaking at today’s virtual media conference, Dr Parasram reiterated the need for those quarantined aboard the Enchantment of the Seas to have patience with the process.

Dr Parasram also explained the reason for the decanting of those quarantined onboard the ship. He says it’s imperative that the vessel is allowed to leave on Tuesday afternoon.

“The cruise ship has to leave Trinidad waters on that particular date otherwise we would have had the option to retain them on the vessel,” he said.

Minister Deyalsingh said the cruise ship staffers aren’t being punished, it’s just that careful measures need to be put in place before they can be released.

Dr Parasram also plead for patience; he promised that the remaining part of the process wouldn’t be as difficult.

“We’re just asking them to bear with us for a few more days. We will bring you on land, we will test you within a couple days later on in the week. As soon as we get the results and they’re all negative again, they will be able to return to their families,” he said.

The Ministry of Health, yesterday explained the need for quarantining on land in a press release.

“The decision was made in light of the three recent COVID-19 positive cases from this group. Out of an abundance of caution on Tuesday 30 June, our nationals on board will be allowed to disembark the ship and will be moved to a state quarantine facility on land.

“This is to facilitate the continued monitoring of our nationals; the nationals will be held in quarantine for a short period of time where another round of PCR tests will be conducted during this week. Upon receipt and review of these results, a determination will be made as to when they can safely reunite with their families,” they wrote.

Despite this, a few of those on board the ship expressed displeasure over the government’s call for the third round of COVID-19 testing.

Health Ministry: Cruise ship passengers to be quarantined on land