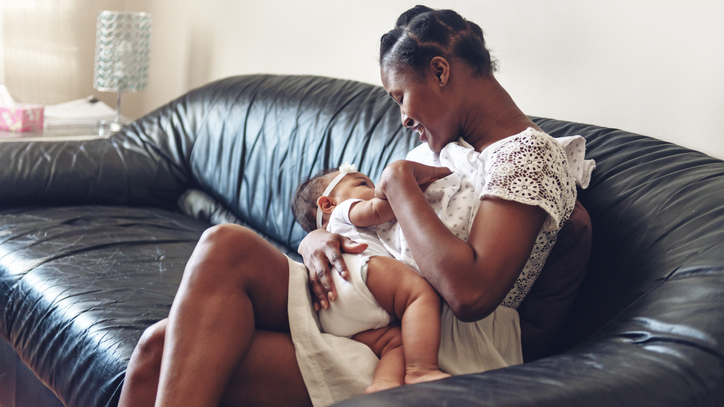 The next time you see a mother breastfeeding her baby in public, please refrain from making any negative comments.

This is the advice of Health Minister Dr. Terrence Deyalsingh.

Deyalsingh said too often mothers are shamed for doing something as natural as feeding their babies in public spaces and he said this must stop.

He was speaking at a "fun walk" event in commemoration of World Breast Feeding Week, held at the Mt Hope Women's Hospital earlier today.

There have been numerous publicised instances of women around the world being shamed for breastfeeding in places like parks, buses, malls and other public areas.

Women have told stories of being asked to leave restaurants and places of business because of breastfeeding their babies.

Deyalsingh said this was due to the sexualisation of women's breasts.

"Breastfeeding is not something to hide," he stated.

Deyalsingh said women should be left alone to breastfeed wherever they need to do so.

"Whether it is on a train, in an office...you would have seen the Prime Minister of New Zealand recently coming to Parliament with her baby and breastfeeding in Parliament. Breastfeeding is something that we as a society, especially a male-dominated society, we need to take off our blinders and see breastfeeding for what it is."

Deyalsingh added that breastfeeding has many health benefits for both mothers and babies and should be encouraged, not shamed.

The Health Minister said the Ministry is on a mission to make each hospital in this country "baby-friendly" zones.

Deyalsingh also took the opportunity to encourage the public to make healthy life choices in order to combat non-communicable diseases.

He urged the public to be more active, eat less fast food and more fresh vegetables, and to exchange sugary juices and soft drinks for water.

Deyalsingh led the "fun walk" aimed at raising awareness for breastfeeding. Officials from the Breastfeeding Association of Trinidad and Tobago and the Mt Hope Women's Hospital were also on hand to provide information not only on breastfeeding but on breast examinations and other women's health issues.

Breast, cervical cancer leading cause of death of women in Caribbean