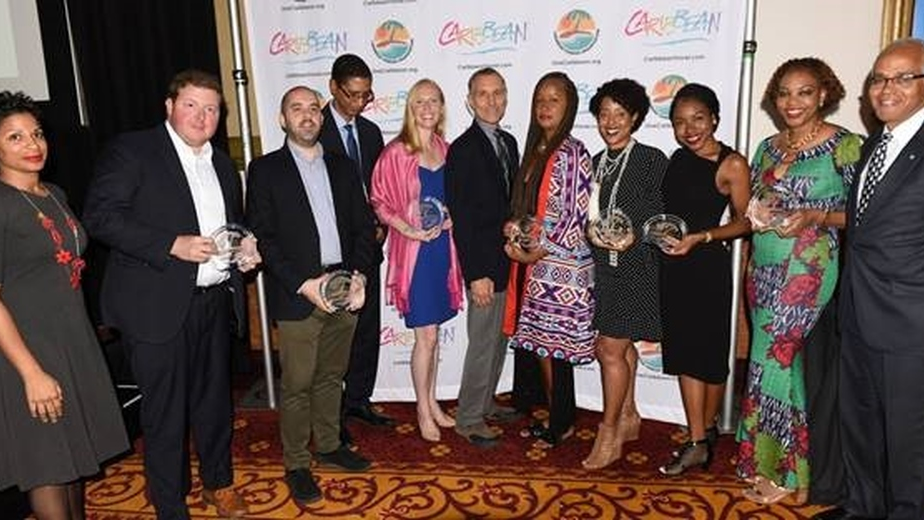 Winning journalists gather for a group photo toward the end of the awards ceremony.

Braswell, a prolific travel writer and founder of CrushGlobal Travel, received Best Feature by a Diasporan Journalist as well as Most Outstanding Entry overall for “Empathy Not Embargoes,” an article chronicling her experience in Cuba for Essence.

“Receiving these awards is an incredible honour as both a journalist and lover of the Caribbean,” Braswell said.

“Bringing light to Havana, a destination that does not always receive the glitz and accolades of other places, is important to me because it allows its people to be a part of the conversation, and to remind us all that they have a story to tell. I want to express my sincere gratitude to the Caribbean Tourism Organisation for this honour,” she said. “I look forward to shedding more light on the beauty of my favourite part of the world.”

The expanded awards programme introduced new categories for social media influencers and campaigns in recognition of the changing media landscape and increasing relevance of non-traditional media.

Led by Yuriy Boykiv, CEO at Gravity Media, entries were evaluated by a distinguished panel of media and industry judges, including: