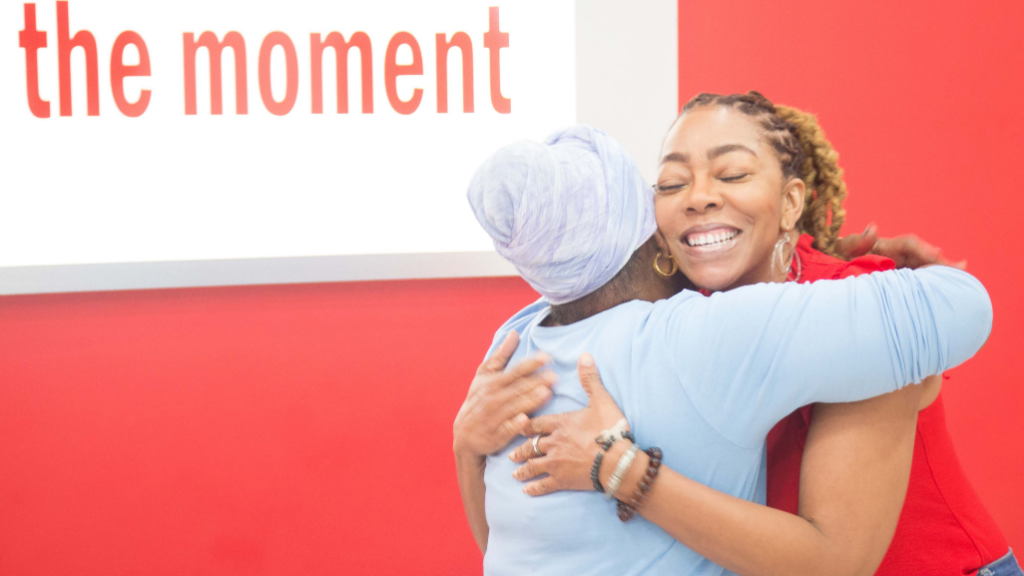 Penny Gomez, Digicel Foundation CEO hugs Joan R after presenting her with a return ticket to Dominica to attend her Grandson’s wedding.

In the spirit of the Christmas season, Digicel Foundation launched its ‘Moments are Better Shared’ campaign.

The initiative provides social media fans with the opportunity to touch the lives of an individual or a family in dire need by nominating them for assistance.

Within 24 hours of launch, there were over 100,000 views on the Foundation’s social media channels resulting in over 500 applications.

One application that touched the Foundation team was submitted by Rosyln G from Cashew Gardens.

Rosyln nominated a neighbourhood family; Riaz, his wife Namdaye and their son Suresh. The couple are visually impaired and their son Suresh who has Autism Spectrum Disorder (ASD) is unable to speak and is blind. While the family receives support from the government, Roslyn’s application requested occupational therapy toys for Suresh, so his mother can continue to help him develop his personal and social skills. 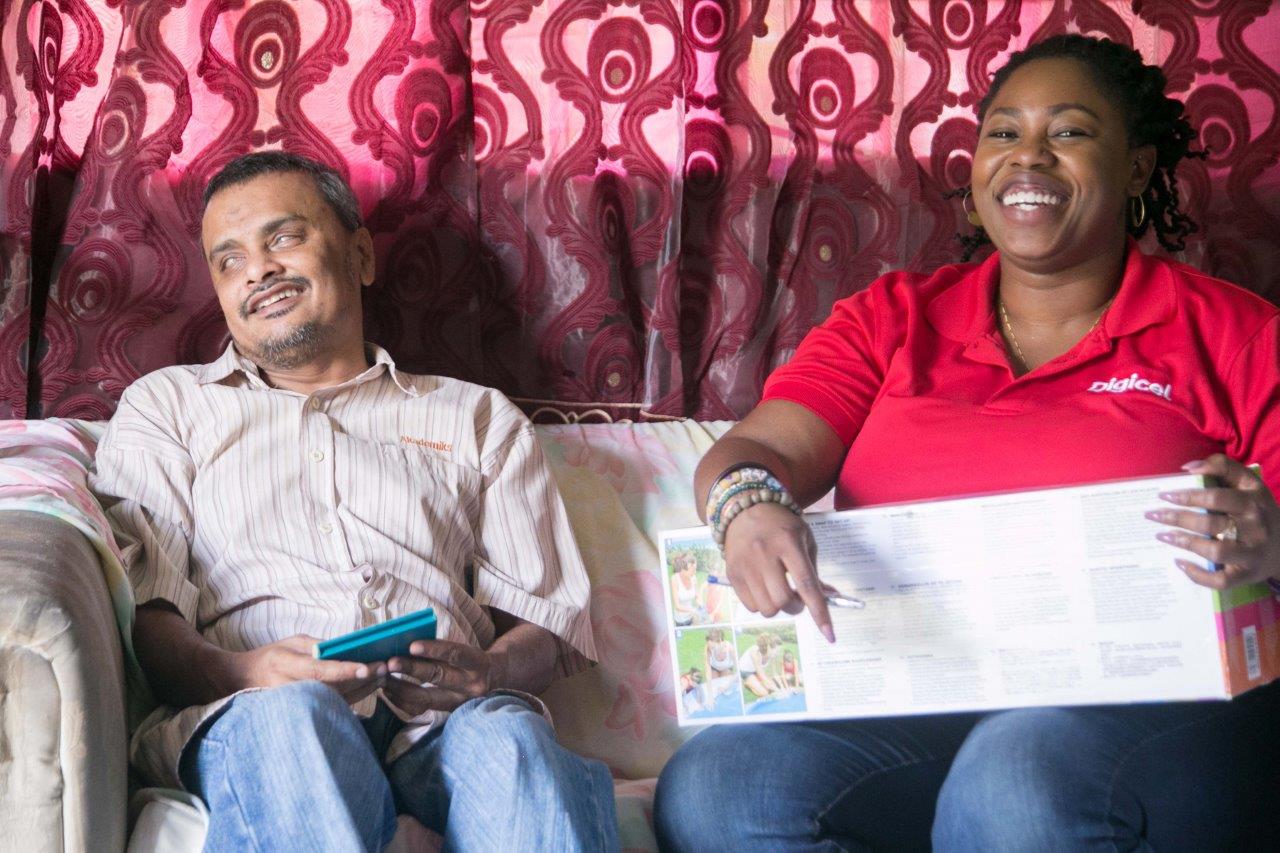 Joan R, a retiree also benefitted from the initiative with a return flight to Dominica to attend her grandson’s wedding.  The last time Joan travelled to her homeland was 15 years ago for her mother’s funeral.

Yet another touching story is Shallene’s, who is the primary caretaker for her husband, a stroke victim.  Shallene has a part time job and is now the sole breadwinner for her family of four.

Digicel Foundation CEO, Penny Gomez noted, “It’s a good time to be a Digicel customer; persons can feel proud that just by being with the network, it has afforded us the means to help so many people in need.”

Requests came in for items such as grocery vouchers, stoves, refrigerators, beds, other home appliances and family reunion trips to name a few. In the first two weeks, the Foundation issued TT$90,000 in grocery vouchers and other household items to 28 families in Trinidad and Tobago through the online initiative.

The ‘Moments are Better Shared’ initiative came on the heels of Digicel’s Get More Share More Christmas campaign where Digicel customers got the chance to win over $500,000 in prizes.

For the past 9 years, the Digicel Foundation Christmas initiatives have included – children’s Christmas parties, parang visits to senior citizens’ homes and soup feeding for people who are socially displaced in East Port of Spain.

Empowering the differently-abled through equine therapy