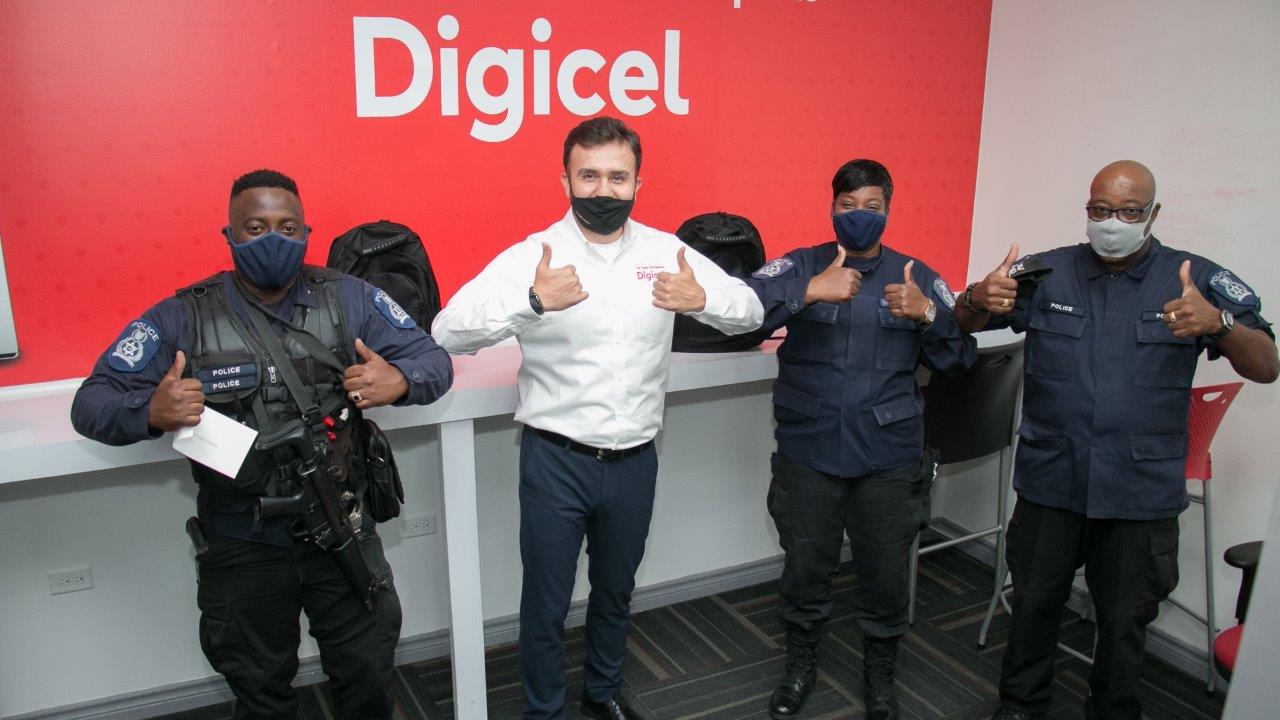 “Happy and honoured,” those were the sentiments expressed by WPC Susan Sorias-Jeffers and Constable Nicholas Stater as they received tokens of appreciation from Digicel CEO, Jabbor Kayumov, for their role in stopping the attempted robbery of a Digicel store back in August.

Following the incident, surveillance footage of the officers’ interception went viral on social media and resulted in the Trinidad and Tobago Police Service (TTPS) receiving high praises from the public for apprehending the suspect.

“At Digicel, we believe in recognising someone when they do a good job and in this case, it’s our pleasure to commend the Trinidad and Tobago Police Service, especially these two officers who became our heroes,” commented Kayumov.

He made the comments last Thursday at the company’s Head Office, where he presented the officers with one year’s free mobile service from Digicel.

He added, “Children around the world often dream of becoming a police officer with the aspiration to help others and keep them safe. They believe that these are the world’s superheroes. Well, WPC Sorias-Jeffers and Constable Stater have lived up to that belief and for this we applaud them.”

The officers were also presented with special tech goodies on behalf of Digicel’s employees.

“We knew we were coming to meet the CEO but didn’t expect anything honestly. We were just doing our job and happy that we can keep people safe,” stated WPC Sorias-Jeffers.

Constable Stater added: “My nephew said he wants to be just like me when he grows up, and that’s such a great feeling. Every day when officers go to work, we put our lives on the line to serve the citizens of Trinidad and Tobago with pride and it really feels great to be appreciated and I thank Digicel for this gesture.”

The officers each received 1 year’s free mobile service including unlimited data, unlimited local talk, 300 anywhere minutes (to call the USA, Canada, UK and Digicel Caribbean), unlimited SMS worldwide and a free Premium d’Music subscription where they would enjoy access to over 40 million songs.

“They did a great job protecting us and now we’re happy to do our job by giving them the best telecommunications experience in Trinidad and Tobago, complete with the fastest internet and the most reliable network,” ended Kayumov.