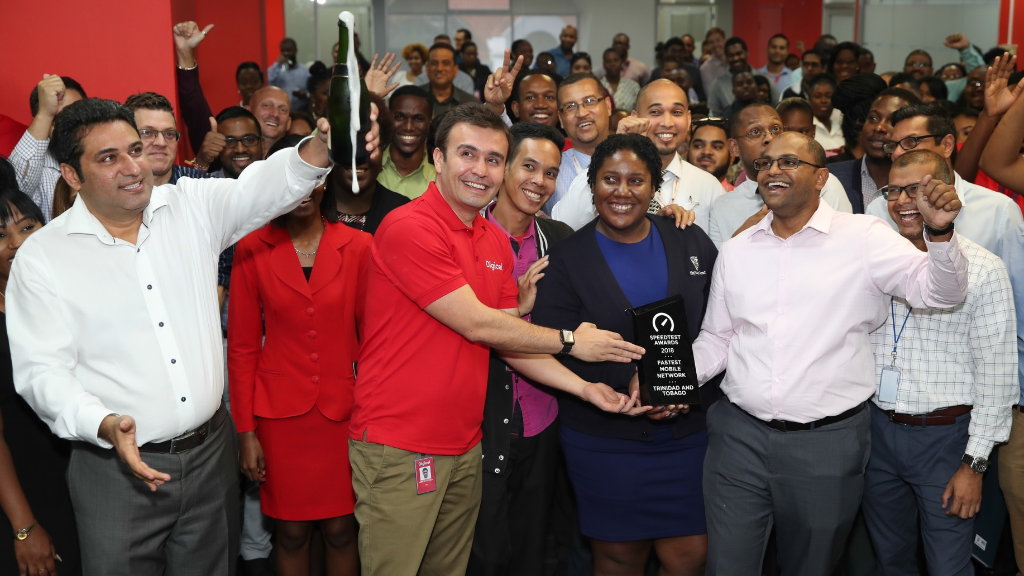 To win this prestigious award, Digicel achieved a Speed Score™ of 13.93, with average speeds of 15.38 Mbps for download and 5.14 Mbps for upload during the Q1-Q2 2018. The Award was earned after the results of thousands of consumer-initiated tests taken using Speedtest®.

On receiving the award, Jabbor Kayumov, Digicel Trinidad and Tobago’s CEO, stated, “We continuously invest in technology to ensure that our customers enjoy the very best experience there is to offer, and ultimately get great value for money.”

Digicel received its first Ookla award in 2016 for having the fastest broadband and mobile networks in the country.

The Ookla award was given even before the launch of LTE in July and with the new LTE, the network is now 10 times faster than 4G.

Digicel launches 'The Digicel One Million’ for its customers

Digicel: Our network was resilient through earthquake

Primary school agri-stem gets a boost from Digicel Foundation