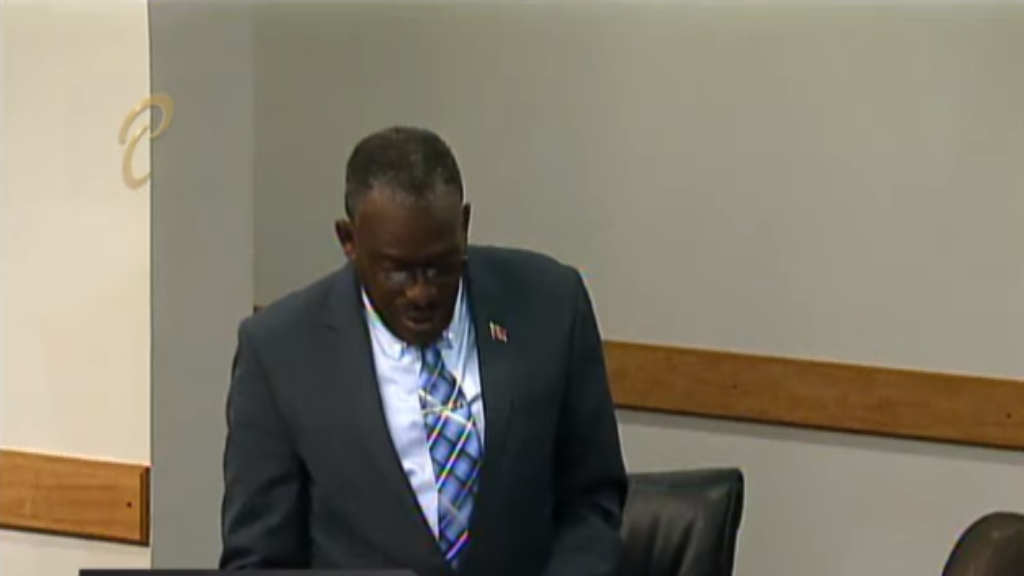 Housing and Urban Development Minister Edmund Dillon speaks in the Senate on June 24, 2019.

The average construction cost per unit to the HDC is approximately $1.15 million.

Responding to a question in the Senate on Monday, Housing and Urban Development Minister Edmund Dillon said the exact commencement date is dependent on the contractor obtaining full statutory approvals, which is currently underway.

The Minister said the standard approvals - T&TEC, WASA, sewer, and building designs have been applied for by the contractor. He assured that this process is well-advanced at this stage.

Questioned by Opposition Senator Anita Hayes on prospective dates for distribution of the units, the Minister indicated that this will take place immediately after the project’s completion.

Regarding the subsidised price for sale or rental to applicants, Dillon said this has not yet been established.

Pressed further by Opposition Senator Wade Mark on the system in place for the distribution of these units, the Minister said the HDC’s distribution of houses is based on a random selection process, taking into account the assessment of persons who qualify for certain amounts based on the cost of the unit and the requirement of the individual as to the location that they requested.

CGGC will be responsible for the financing, design, procurement and construction of the housing blocks and the associated infrastructure for these developments.

Local content including materials and labour are expected to be used for this project. The project is expected to significantly reduce the deficit in the local housing industry and regenerate the urban landscape in Port of Spain and San Fernando.