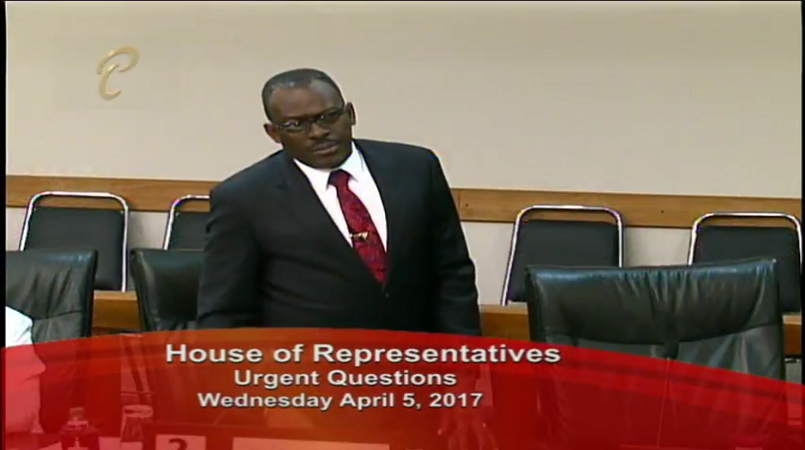 National Security Minister Edmund Dillon said an investigation has been launched into the death of a Point Fortin man who was shot and killed by municipal police on Sunday.

National Security Minister Edmund Dillon was speaking in Parliament in response to an urgent question put forward by Fyzabad MP Lackram Bodoe regarding the death of a mentally ill patient by a police officer near the Point Fortin Hospital.

“Are you satisfied with the manner in which the incident was handled?” Bodoe asked.

Dillon said however that the matter is currently under investigation by the Trinidad and Tobago Police Service (TTPS).

“The matter is currently under investigation and I am not (familiar with) the facts of the matter. Until such time, I cannot say the degree of satisfaction.”

Bodoe said it is alleged that the incident took place within a public institution and asked what consideration would be given for non-lethal weapons such as stun guns for restraining mentally ill patients.

Dillon said however that he could not give an answer at that time.

“That can only be done based on the results of the investigation,” he said, however he acknowledged that the matter was being considered.

Dillon said officers do receive training in the matter.

“Police go through different types of training at the police barracks including how to treat a mentally ill patient. Bear in mind again that the situation here involved municipal police, and they to some extent receive some training which I can confirm afterwards.”

According to reports Raymond Joseph was shot and killed by municipal officers inside the Point Fortin Area Hospital on Sunday after he was allegedly behaving violently and attempted to grab an officer’s gun.

He was shot three times.

He allegedly began acting violently at his home and relatives sought help from officers, who brought him to the hospital for treatment.

The 51-year-old ex-soldier from Mahaica Road, Point Fortin, was said to be well-respected within the community and relatives said he was being treated for a mental illness.

This comes after a similar incident involving 30-year-old Paul Marchan, who was shot and killed by police officers at his Petit Valley home on March 16, after he allegedly began attacking members of his family and two police officers.

Marchan was said to be suffering from mental illness following the death of his father.

Marchan’s family petitioned for the removal of the officers responsible for his death.