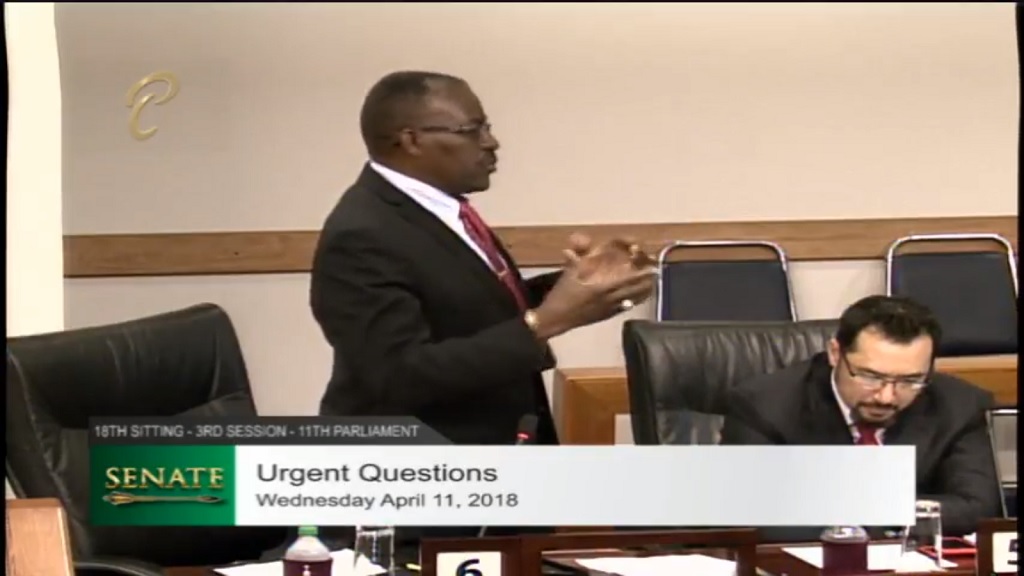 Speaking in the Upper House on Wednesday, Dillon said government has reached out to the Venezuelan ambassador to arrange for the repatriation of Venezuelan nationals found living in the country illegally.

He was responding to urgent questions asked by Opposition Senator Wade Mark, who cited recent reports that approximately 200 Venezuelan nationals have been entering country on a weekly basis through illegal ports of entry.

“There are discussions at the level of the Ministry of Foreign Affairs and the counterpart in Venezuela to deal with issues of people from Venezuela coming into Trinidad and Tobago,” Dillon said.

Dillon said his ministry has established contact with coastal villages in Venezuela to monitor movements back and forth.

He said his ministry is utilising its coastal surveillance system and aircraft.

“You will notice there are raids between the immigration authorities and the TTPS in known areas around Trinidad and Tobago where illegals tend to gather…several areas have been raided in recent times.”

“The immigration detention centre has about 90-something illegal Venezuelan nationals. We have negotiated with the Venezuelan ambassador to repatriate these people back to Venezuela as soon as possible,” he said.

When asked whether government would introduce legislation to deal with a possible refugee crisis, Dillon said government has already reached out to the UNHCR for advice.

Dillon said added that a number of measures have been put in place to protect the country’s borders.

“They have also established land-based coastal patrols along the southwestern side, in particular around the area from Embacadere all the way up to Pt Lisas and beyond.”

Dillon added that marine patrols are also continuing in the Gulf of Paria in particular.

A recent Joint Select Committee revealed that 150 to 200 Venezuelans arrive in this country by boat every week. Of the illegal nationals held at the Immigration Detention Centre in Aripo, at least 90 percent of them entered the country illegally or have a criminal conviction; either possession of drugs for the purpose of trafficking or possession of arms and ammunition.