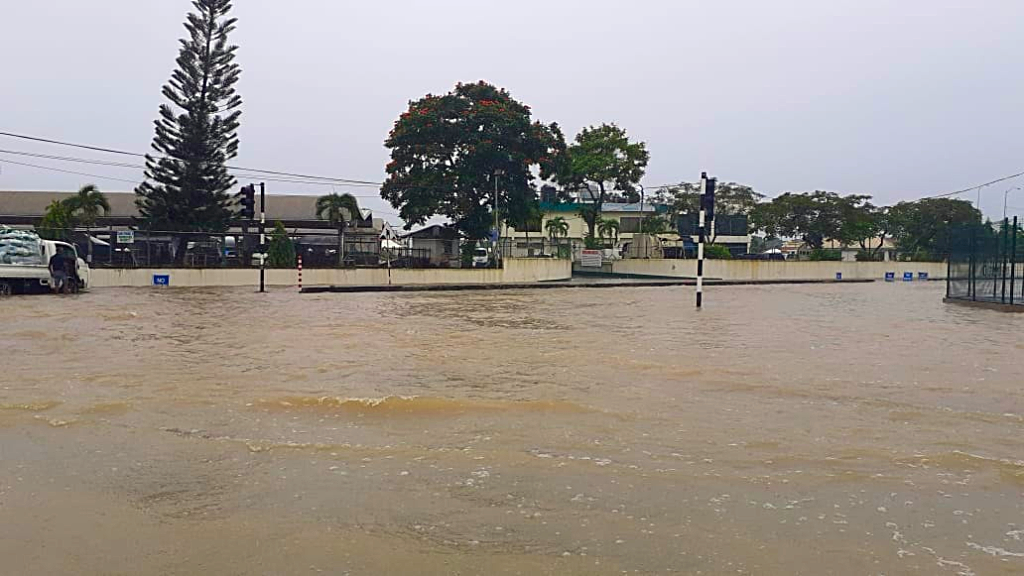 Photo via the Ministry of Rural Development and Local Government.

The Ministry of Rural Development and Local Government said its Disaster Management Units are on high alert after reports of several homes in South Trinidad being inundated by flood waters.

According to reports received Wednesday afternoon, several rivers including the Guapo River, South Oropouche River and Moruga River had breached their banks, while the Cipero and Guaracara Rivers remained close to threshold limits.

Minister Kazim Hosein said the Municipal Emergency Operations Centre of the Ministry was partially activated following reports of flooding across the country.

Hosein urged citizens to be cautious when traversing areas where the impact of inclement weather, such as flooding and fallen trees, have been confirmed.

“We have received several reports of areas where water levels are very high and the DMUs are on site lending assistance where they can. I encourage members of the public to contact their respective Disaster Management Unit through the 24hr Hotline Numbers in the case of flooding or any other problems in their area.”

Citizens are also advised to keep abreast of warnings and updates from the Trinidad and Tobago Meteorological Service (MET Office), Office of Disaster Preparedness and Management (ODPM) and other reputable sources for timely and accurate information.

Reports received by DMUs indicated that the following areas experienced street and flash flooding on Wednesday:

"Parts of Port of Spain, Mayaro, Diego Martin and Point Fortin have also been affected by today’s severe rainfall. As a result, all municipal corporations stand ready to assist their burgesses. Heads of Departments, Chief Executive Officers and Council members are in the field and are conducting assessments and providing relief assistance," the Ministry said.

The Ministry said Disaster Management officials are responding to reports of blown-off roofs and assisting to clear fallen trees in an effort to ensure that all routes remain accessible to the public.

The Ministry added that shelter managers have been alerted and shelters will be activated as the need arises. Over six hundred (600) Community Emergency Response Team (CERT) volunteers, who have been trained by the Ministry since the beginning of 2019, are on standby to assist their communities.