Suzette Selman: From Rio Claro tomboy to stylist to the stars 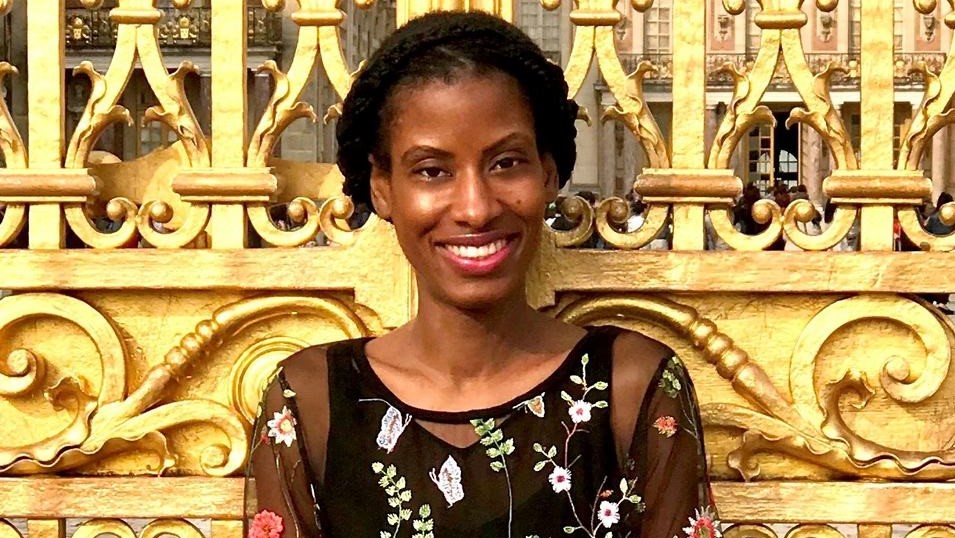 Suzette Selman started off as a tomboy in Rio Claro and is now a stylist to the stars in the US.

Growing up in Rio Claro, Suzette Selman was far removed from the world of fashion.

Living with dad and her brother, she spent her days as a tomboy, climbing the mango and pommerac trees nearby.

“My fashionable moments was when my grandmother took me to church three days a week. She worked at the church, ironed the clothes and so on,” Selman told Loop.

Looking back, not even Selman would have predicted that she would be working with some of the world’s biggest music stars as a stylist and seeing her fashion ideas come to life in the pages of magazines and campaigns for major brands.

Selman is one of the Trinis who worked on Beyoncé’s Black is King Production, a visual reimagining of The Lion King story. Selman worked as an assistant stylist alongside lead stylist Zerina Akers.

Prior to that, she worked with another major star, Lauryn Hill, as her main stylist.

Selman said she literally fell into the world of fashion.

She migrated to the United States in her teens to live with her mother and in college, she decided to do accounts since her father was a banker.

“I took two classes and I thought hell no. My advisor said I could change my major and recommended something in business so I did a business degree,” she said. 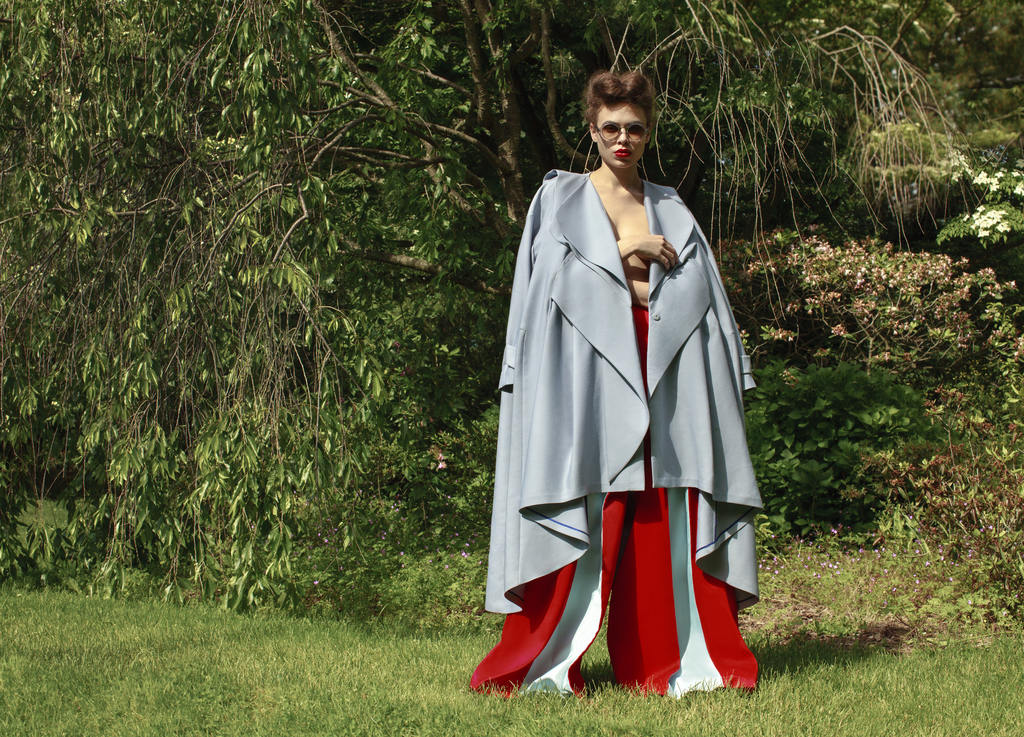 While watching a programme on New York Fashion Week and wondering what she was good at, Selman realised she could work as an intern and found an opening on Craigslist for an internship at People’s Revolution, a fashion public relations firm.

The company’s owner, Kelly Cutrone, made Selman fall in love with fashion.

“Working under her, seeing her strength, seeing how she treated everyone with respect, I felt like she really cared. If you are nurtured and someone stands with you and is really interested in your life, it makes you think the whole industry is like this. I worked there for a year until they recommended me for a job with Patti Wilson, the most powerful black fashion stylist. It was a different experience, she had a lot of assistants working with her and that experience taught me no one is going to hold your hand,” she said. 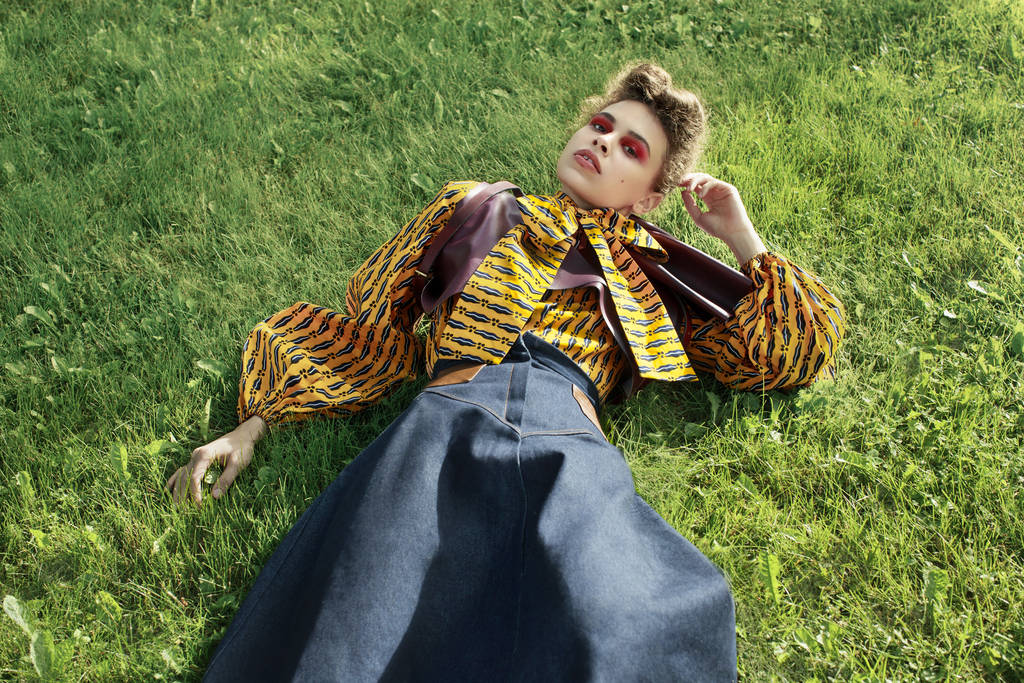 Selman said many times in her career she felt like stopping, but something about fashion kept bringing her back.

After Wilson, she went out on her own, working with Latina and Cosmopolitan magazines.

In 2010, four years after her entry into the fashion industry, Selman was invited to work on her test shoot with Selah Marley, Lauryn Hill’s daughter.

“The day of the shoot Ms Hill showed up with her own personal wardrobe and we already had the shoot planned so I was like okay, I steamed all her clothes and hung them up. I am from the Caribbean, we know how to adapt. A couple weeks later I got a call from her mother, Grandma Hill and she said Ms Hill loved your demeanour and she wants you to come Africa with her. She said well we know you are a stylist but Ms Hill does not have labels on her team so we want to be sure you will do whatever we ask. I was like what part of Africa we going?” she said laughing.

She said: “She is very strong but she is a genius, she really earned all her accolades, she puts in the time. It was amazing to watch. She does not take no for an answer and that is one of the most important things I learned from her. Find another way to get a yes, don’t take no for an answer.” 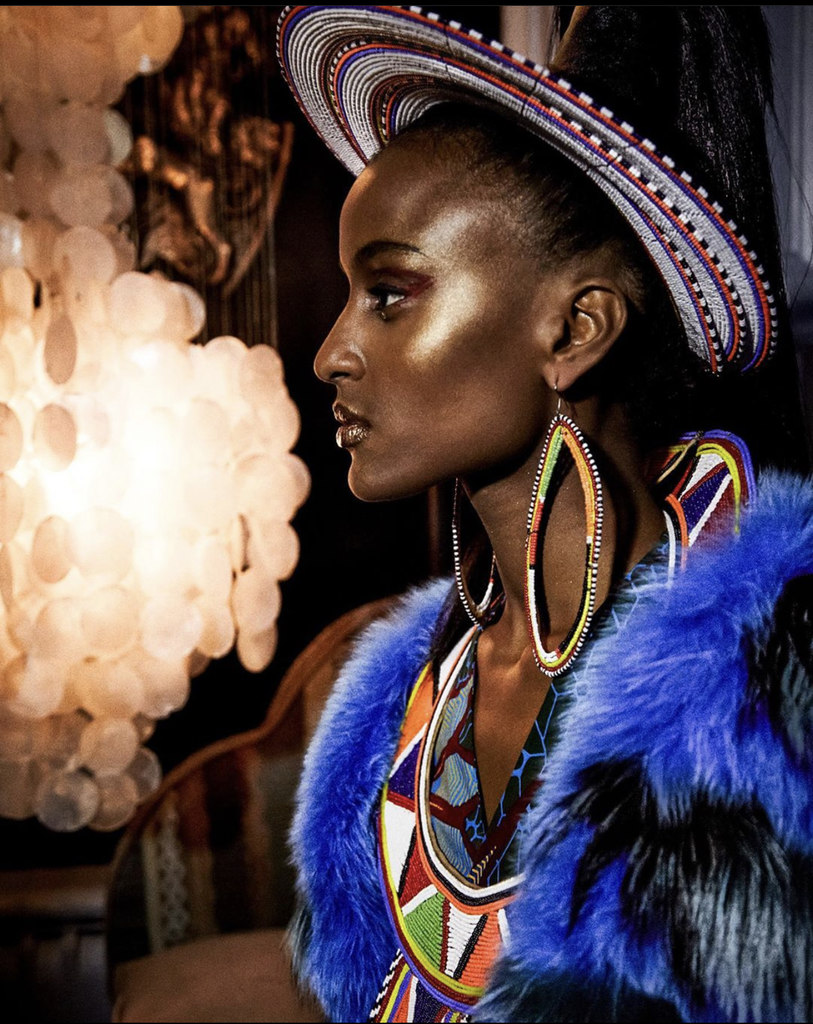 Back in New York in 2012, Selman continued working as a freelance stylist with magazines such as Essence and styling editorials for Elle Bulgaria.

She teamed up with her photographer friend Itaysha Jordan and they started doing their own projects.

It was through Jordan that Selman met Akers, Beyoncé’s stylist.

“We always saw each other in passing and last year she came to New York and we hung out with her and I think it was at the end of June she messaged and said I need a first assistant, I am in New York and I am on a video for Black is King.”

Luckily for Selman, she happened to be available, having turned down a trip to Grenada with Grenadian designer Felisha Noel of the Fe Noel brand. 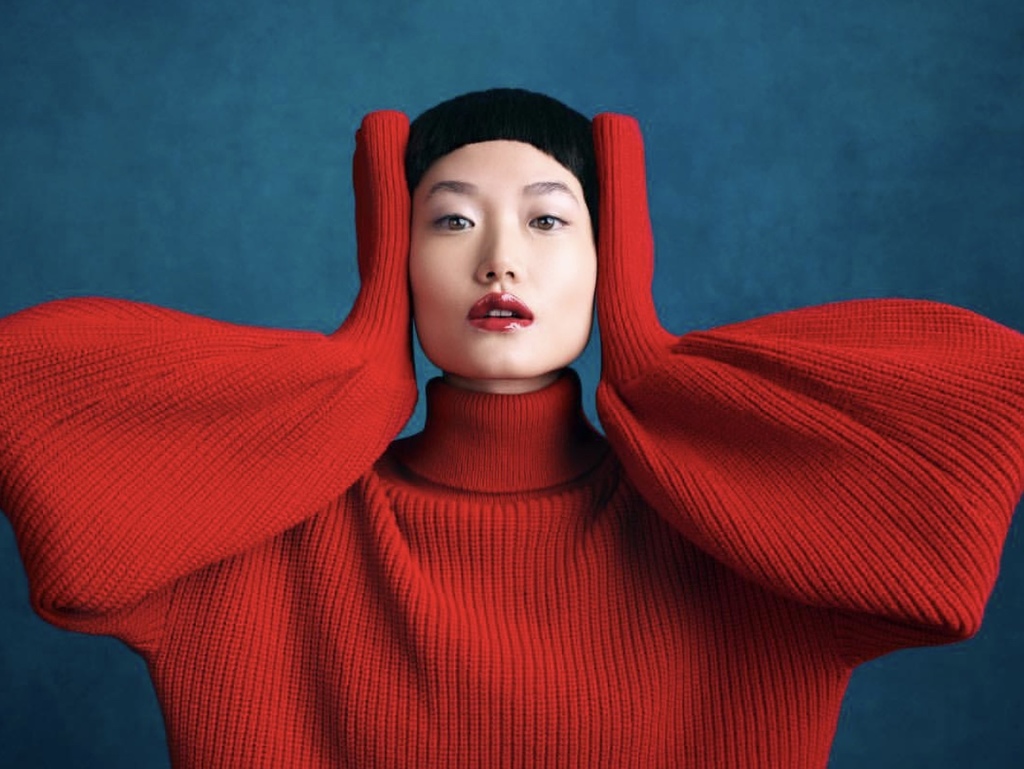 Selman worked exclusively as an in-house stylist for Fe Noel from 2017 to 2019, working on Lebron James’ first female sneaker collection project that Noel and four other female designers collaborated on, and the Essence magazine spread on Grenada that featured Noel, actress Amanda Seales and Beyoncé’s publicist Yvette Noel Schure.

Selman, whose grandparents are Grenadian said: “I didn’t go back to Grenada to celebrate the shoot and that is when Zerina called me. I thought I was just going to work on the New York end of the video but they liked my work so much she said I will fly the New York team to LA and then two weeks later she flew us out to LA.

“Zerina had a clear idea of what each set up was and the look they were going for. It was just helping assemble all the clothes in the background, what went with what, shopping, getting filler pieces for the principal dancers,” said Selman, describing the experience on the biggest project of her life.

“It was the culmination of every project I ever dreamed of with the biggest pop star in the world. In the moment I did not feel anything, I was just thrown in there, I worked long hours every day not feeling the grandness of it.  I don’t think the magnitude of it hit me till this day. I did dream about it but when a dream is realised you don’t realise hey, you dreamt about this. It still hasn’t hit me that I could check this off from the bucket list,” she said with a laugh. 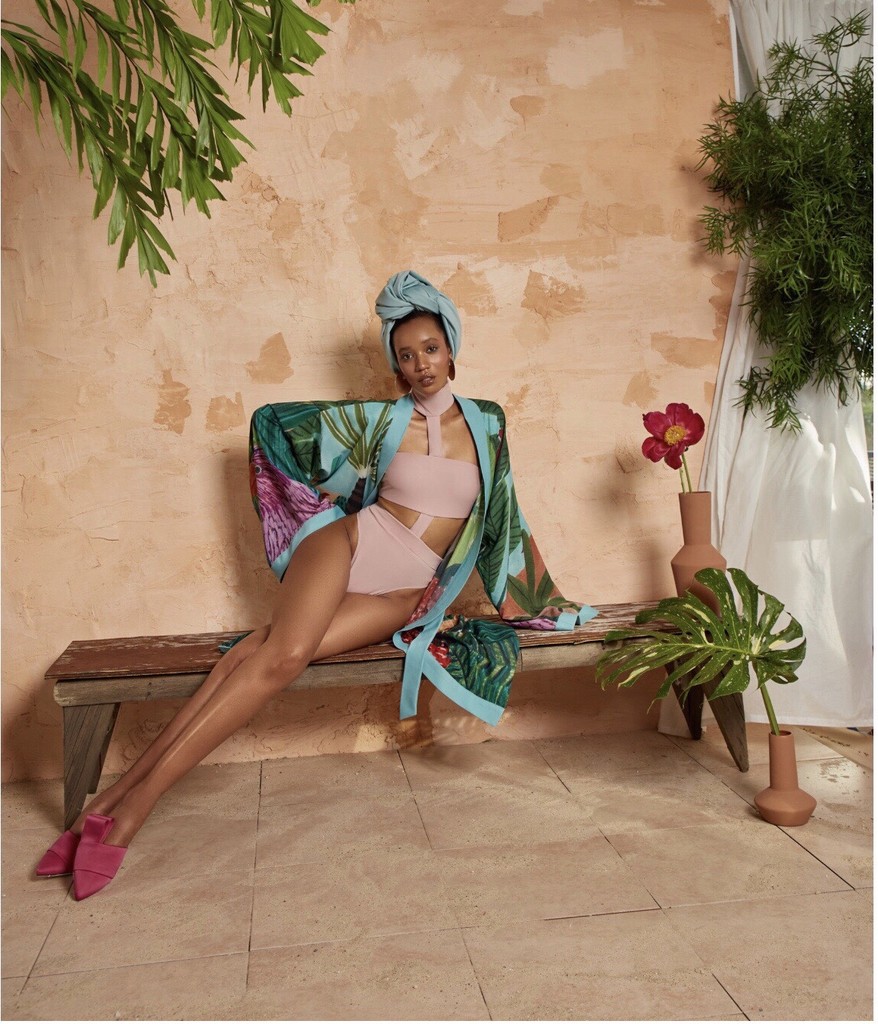 It was Selman who recommended fellow Trinidadian Delia Alleyne to work on Black is King as a tailor. The both women worked at Fe Noel.

“Delia is amazing, talented, mature and calm. She made my job easier. I looked at her in this world and she is sewing at her machine and she is so calm, I was like I need some of that.  The world has enough abundance for everyone to be wealthy and live comfortably and I love Delia from day one.  Anything she did on set made me feel like a proud person.  Her skill set is not competing with mine, she is a tailor not a stylist and even if she was I would still put her in because she is good.”

With a big bucket list item ticked off, Selman still has another she would love to experience, working with Lebron James as a consultant for his brand or styling him and his family.

“I love Lebron James, I am his biggest fan. Now that I have moved to LA I would love to work with his team,” she said.

Selman would also love to work with Trinidadian artistes such as Nailah Blackman and fashion designers.

She was actually in T&T for Carnival this year where she ticked off yet another bucket list item, experiencing Machel Monday.

“Machel Montano is my favourite artiste. I came home for New Year’s and I kept hearing this is his last Machel Monday and I said I would die if I don’t go to that show. In 2009, my cousin took me to Machel Monday and I listened to the whole concert outside the door. Fifteen minutes before the concert was over they opened the door and the jubilation I saw, people passed out, people had the best time of their life,” she recalled.

“I always dreamt of going to a Machel Monday, so when I heard it was the last one I said if I never saw it I would regret it. I had so much fun, no one jumped up harder than me. I had a fantastic time. I am so grateful that I lived another bucket list.”