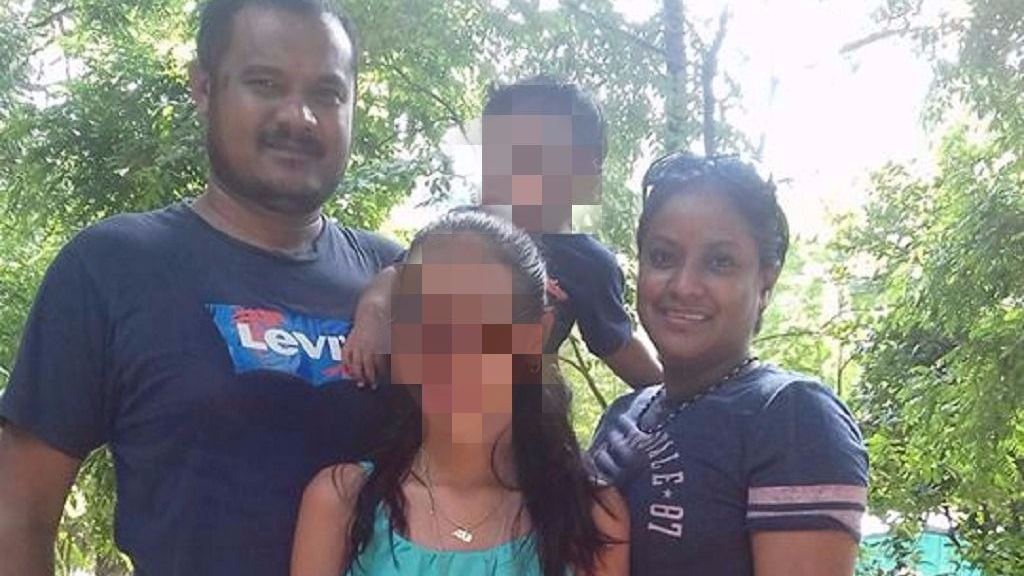 (Photo: Arlene-Laban-Ammon stands with her family, including her son, who was born via emergency Caesarian Section after she was stopped in traffic and used the PBR to get to hospital in 2016.)

Obstetrician and Gynaecologist Shereene Kalloo is urging Trinbagonians to 'be more humane' after one mother's case for travelling along the Priority Bus Route (PBR) while in labour was validated by the courts.

Dr Kalloo shared a video clip of a media briefing held by St Augustine MP, attorney Prakash Ramadhar after the matter was dismissed before the Arima Magistrate's Court:

Arlene Laban-Ammon related her traumatic experience to media in 2016 after she had been ticketed by a police officer for travelling along the PBR with her husband while rushing to hospital during labour contractions.

Laban-Ammon told media due to the delay, she could have lost her baby, and doctors were forced to perform an emergency Caesarean section.

Ramadhar said the court ruled that because there was a threat to life, access to the PBR should have been granted and the ticket was in breach of the law.

In a separate incident, a police officer was ticketed last month for using the PBR without authorisation after he could not find his pass.

The PBR can only be used by vehicles owned by the Public Transport Service Corporation (PTSC), marked police vehicles, Fire Service Vehicles and Ambulances, vehicles authorised by the Licensing Authority, PBR repair vehicles or vehicles with PBR passes.

However, The Ministry of Works and Transport (MOWT) may allow the opening up of the PBR in cases of a national emergency or other situations where deemed necessary.

Woman dies after being struck by police vehicle on PBR