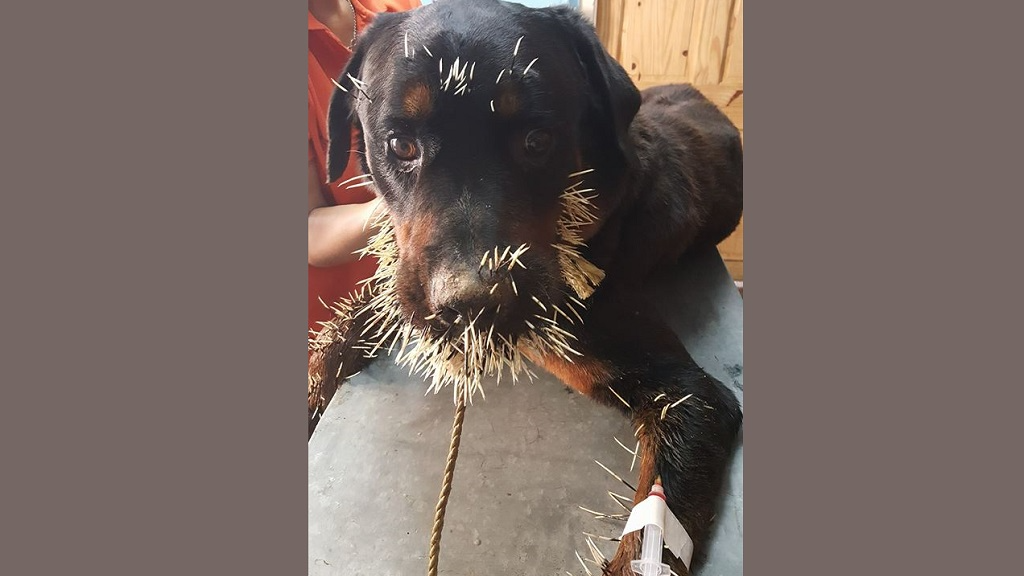 One sad doggie quickly lived to regret investigating a wild porcupine after he was rushed to the vet, covered in porcupine quills.

Total Pet Care Veterinary Clinic shared the post to its Facebook page over the weekend after the puppy got into his spiky mishap in Santa Cruz.

"Well our days are always full of surprises. Long time I haven't seen one of these so I decided to share. This is what an encounter with a porcupine looks like at the vet clinic," the clinic said on Sunday.

Veterinarian Dr Boodoo-Perkins said to LoopTT that the dog had luckily been brought in as soon as the mishap occurred and he was sedated to prevent any discomfort while the quills were removed.

Dr Boodoo-Perkins said that so far, this is the second encounter she has seen with wild porcupines. The first incident she noted prior to becoming a vet, also within the Santa Cruz area.

Customers who encounter a wild porcupine, or whose dog or dogs encounter one, are urged to seek assistance at their local vet immediately, as quills may travel in the animal's bloodstream. Additionally, the animals would be in severe discomfort and it would be better for them to be sedated while the quills are removed.

Luckily, this dog was up and about in no time, Dr Boodoo-Perkins said, and seem to have been none the worse for his prickly encounter.

According to the University of the West Indies (UWI), the Tree Porcupine or Brazilian Porcupine Brazilian porcupine (Coendou prehensilis) is a mid-sized rodent with evolutionarily modified body hair, which exists as keratin-toughened, needle-like, semi-hollow quills or spines that grow to approximately 6.5cm in length. 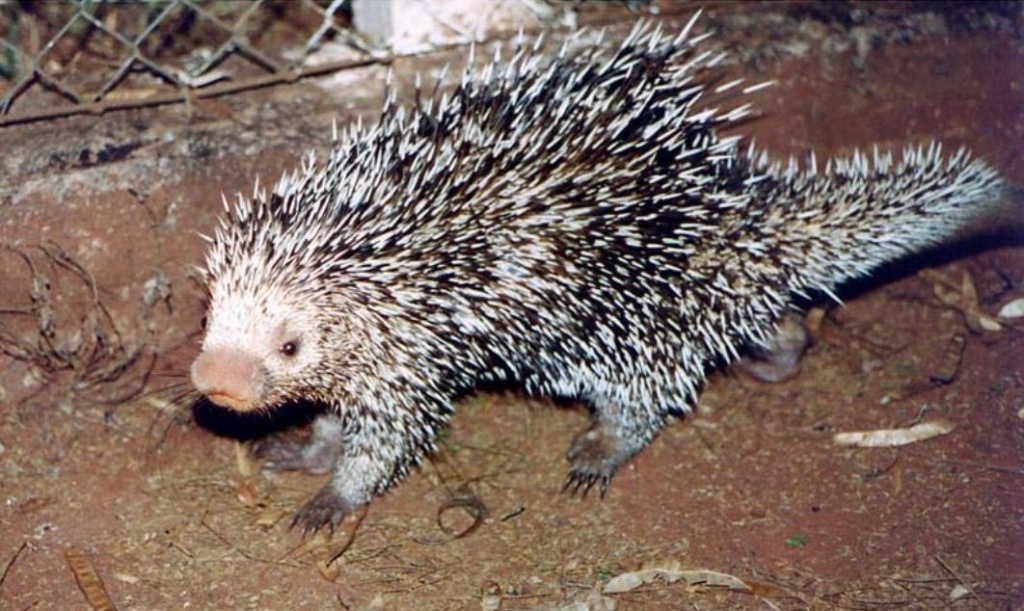 These spines cover the entire body, except for its fleshy nose, its belly and a large portion of its prehensile tail, and are usually light in colour (white to burnished yellow); there are also darker brown to black (soft/ unmodified) hairs interspersed along the body.

It has small round eyes; and, a rounded yet flattened snout which is covered with very short and very fine hairs, and has several long whiskers.

Coendou prehensilis is usually non-aggressive when faced with an opponent or potential threat and may try to retreat or curl up to protect its belly and simultaneously present its quills to the attacker.

When startled, it may shake causing its spines to rattle, as well as grunt or stomp, as a form of warning. Aggressive antipredator behaviour is highly successful. The porcupine will at times, charge the predator quickly while its spines are raised. The barbs at the end of the spines ensure that the embedded quill remains lodged within the skin of the attacker, and will actually cause the spine to move deeper into the flesh as the attacker moves, which may cause infection or death.

The porcupine is a protected animal under the Conservation of Wildlife Act.