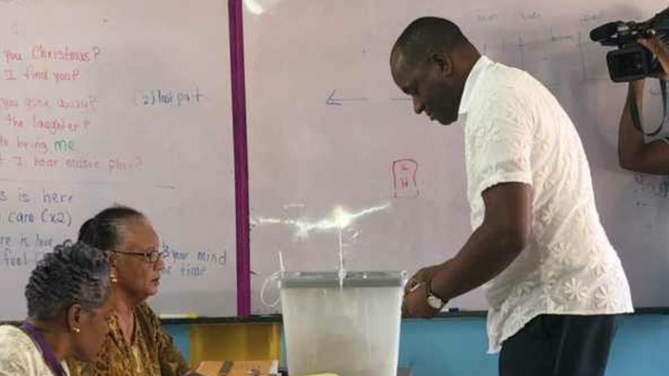 The polls have closed and votes are already being counted to determine who will govern the island of Dominica for the next five years,

When the polls closed at 5 pm, local police and RSS officers were seen patrolling through the streets of Roseau. A police source told Loop News that teams of officers have also been deployed to other parts of the island.

Protests in the form of fiery roadblocks and riots were seen in the run up to the elections as the Opposition United Workers' Party demanded electoral reform.

Preliminary results indicate that after votes from two polling stations in Salisbury were counted, the UWP candidate, Hector John was in the lead with 212 votes. DLP candidate Nicholls Esprit had 48 votes.

In Soufriere, DLP candidate Denise Charles was leading with 407 votes.

Votes are still being counted and this story will be updated as more information comes to hand.

Dominica: Could lack of electoral reform cost Skerrit the election?